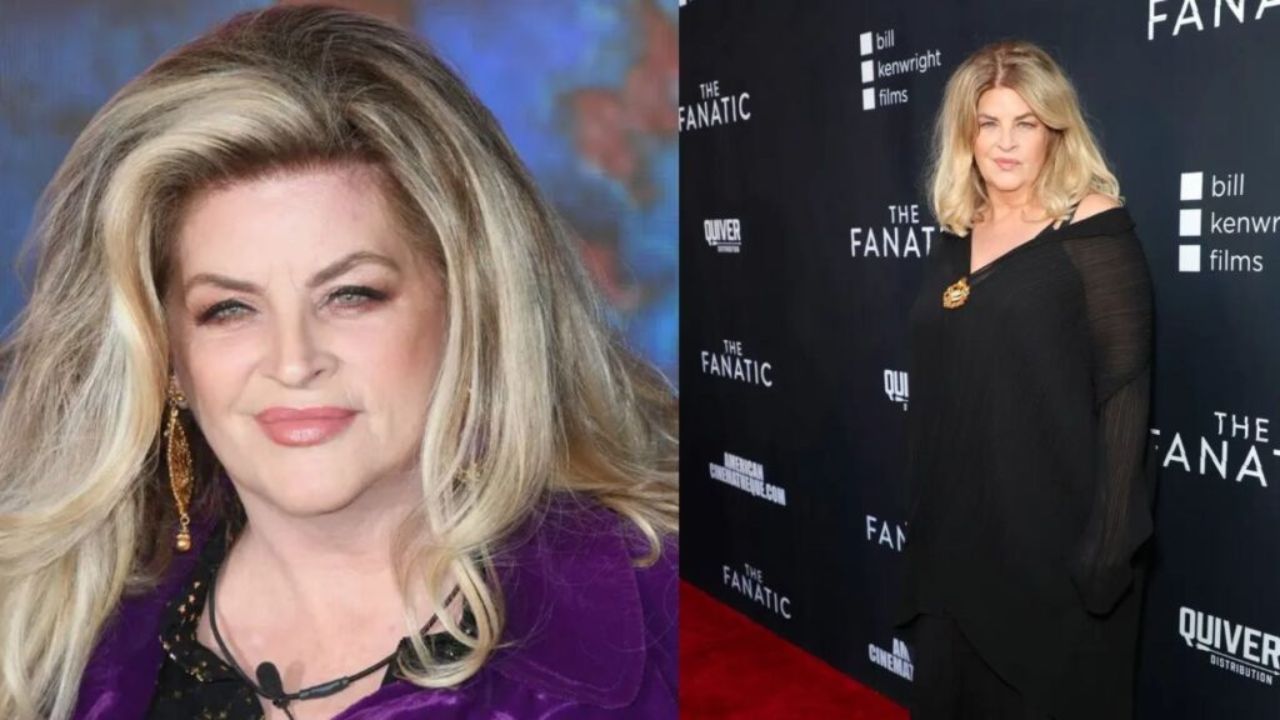 Kirstie Alley first got involved in the world of weight loss when she joined Jenny Craig’s commercial in 2005. That same year, the actress became a spokesperson for the weight-loss program and lost 75 pounds at the time keeping her weight at 145 pounds for the next three years with her street diet plan.

Kirstie Louise Alley, an Emmy Award-winning actress, was born on January 12, 1951, in Wichita, Kansas. The actress made her Showtime debut in 2005 with Fat Actress, an unscripted comedy about the media’s obsession with celebrity weight.

In March 2008, Kirstie Alley signed a deal with Oprah Winfrey‘s Harpo Productions to develop television projects. During that year, she received more attention for her changing body shape than for her professional achievements. Alley regained the weight she lost while on the Jenny Craig diet program.

Recently, many people across the country were shocked to learn of the death of Kirstie. Alley died of colorectal cancer, the fourth leading cause of cancer-related death in the United States. We remember her from movies such as Look Who’s Talking (1989), Village of the Damned (1995), and popular sitcoms such as Cheers and Veronica’s Closet.

Not only that, but people now remember her as a spokesperson for Jenny Craig, the well-known American weight loss company. The story is well-known, and we will summarize it in this article by rediscovering the commercial she made before and after beginning the weight loss diet program.

Previously, we touched on the weight loss efforts of Emily Ratajkowski and Hulk Hogan.

Kirstie Alley Was a Spokesperson for Jenny Craig, a Well-Known American Weight Loss Company, for Which She Created Amusing Commercial About How She Lost 75 Pounds With Her Strict Balanced Diet Plan!

From 2004, Kirstie Alley (@kirstiealley) followed the Jenny Craig weight loss program. She felt pretty good about herself, but she realized that working on television required a slimmer figure (she defined herself as “chubby” in one of the Jenny Craig commercials). She also decided to become Jenny Craig’s spokesperson in order to demonstrate her dedication to this goal. The commercial, from 2005, depicts the first phase of Kirstie Alley’s weight loss program.

In 2006, she also made this amusing commercial about how her diet plan was going. She lost 75 pounds as a result of the program during those years. This commercial became famous when she celebrated reaching her goal, and you can see how slim she became in just a few years.

She managed to stay slim for a few years before deciding to restart the program in 2014 with the goal of losing 30 pounds. And she outperformed expectations: as seen in this commercial from 2016, she was able to lose 50 pounds.

All fans agree that Kirstie Alley was a beautiful, elegant woman throughout her life, regardless of her weight. Even after her death, many people wanted to relive her passionate career as a commercial spokesperson for Jenny Craig.

Alley did appear in the sitcom Fat Actress while working as a spokesperson for Jenny Craig. The show followed a fictionalized Alley as she embarked on a weight loss journey. Much of the show was based on real-life experiences the actress had while struggling with weight loss. The series also stars Alley’s close friend John Travolta and his late wife Kelly Preston.

Alley also wrote a book about her weight loss struggles. In 2005, the actress published How to Lose Your Ass and Regain Your Life: Reluctant Confessions of a Big-Butted Star. She wrote about her experiences as an overweight person in a world obsessed with thinness. Her public weight-loss struggles prompted her to collaborate with Jenny Craig’s weight-loss centers. Until December 2007, she worked as a Jenny Craig spokesperson.

However, Kirstie Alley began her career in television and later in the film, but she also ventured into other business endeavors. The Cheers star was open about her weight loss and gain struggles and set out to inspire others by sharing her story with the world.

Later, Alley appeared in Dancing with the Stars in 2011. She had just launched her own weight loss program, Organic Liaison, at the time. She and her dance partner Maksim Chmerkovskiy finished second on that season of “DWTS,” and Alley attributed her weight loss to the show and her program at the time. Later, she tweeted,

NO surgery, NO flippin lasers, NO barfing, NO starving…Jeez…my products, organic food, dance.

Alley claimed to have lost 100 pounds using her own weight-loss system, but she was sued for false advertising in 2012. She won a class-action lawsuit and had the “proven product” label removed from the product packaging.

As of her 2022 photos before her death, Kirstie Alley had maintained her physique and inspired many women in around the world. Although the actress is not here with us she will always be remembered for her wonderful contribution.

Doctors in the Area React to Kirstie Alley’s Death!

Many people across the country were shocked to learn of the death of actress Kirstie Alley. Alley died of colorectal cancer, Doctors in the United States want to emphasize the importance of getting regular checkups.

Kishor Muniyappa, an HCA Gastroenterologist, believes that all men and women should have a colonoscopy starting at the age of 45. The doctor said,

This is one disease that doesn’t spare anybody. It doesn’t matter what race you are or what conditions you’re in. It’s a bad disease but it is preventable and that’s the key.

He stated that colon cancer symptoms can be very mild, but include changes in bowel habits, rectal bleeding, and/or discomforts such as cramps or gas.