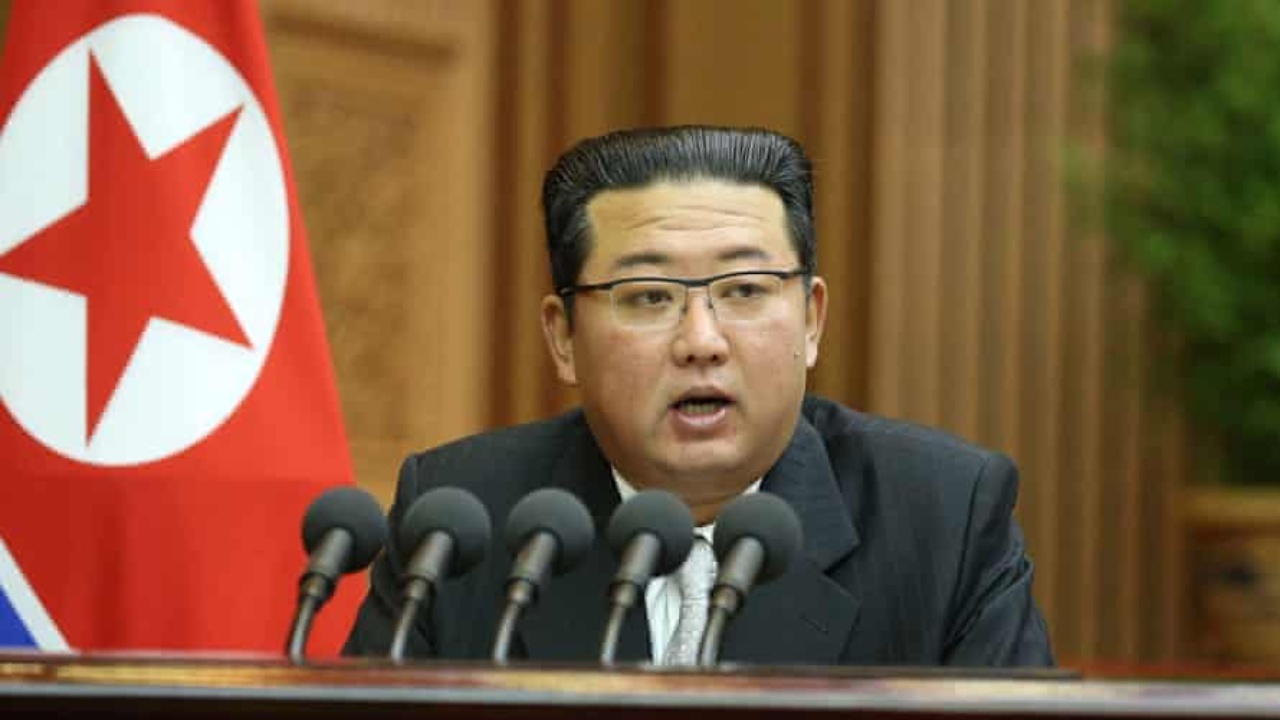 Grab all the details of Kim Jong-Un’s weight loss journey, diet plan & fitness routine. Check out his complete before and after transformation in 2021.

Kim Jong-Un. Everyone knows his name, but nobody knows much about his life. Because the country is so guarded, knowledge about him is scarce. North Korea’s youngest dictator does not discuss his private affairs, and his official biography only contains odd statistics.

He is the offspring of his late father and former North Korean leader Kim Jong-Il. Some claim that his dad was a superhuman who could never be beaten. King Jong-un is known to be unpredictable, much like his tyrant father.

Meanwhile, Kim Jong-Un is presently making rounds for his apparent weight loss. So, how and why did he shed pounds? Let’s discuss. 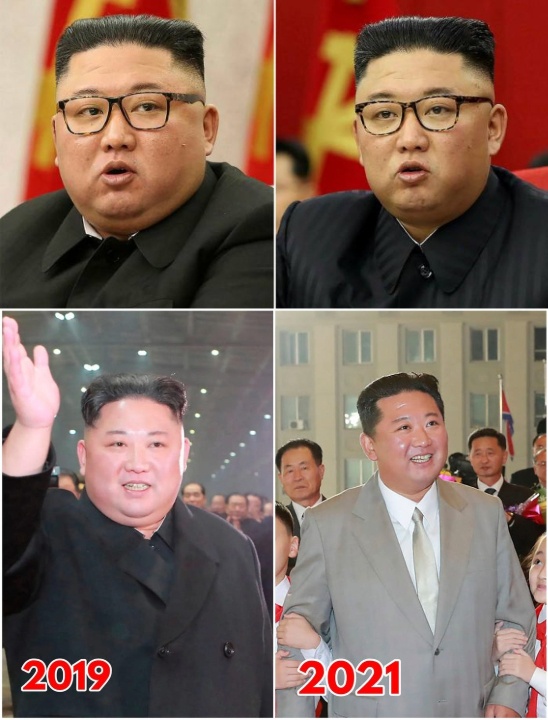 Kim Jong-Un before and after weight loss in 2021.
Image Source: Weight & Skin

Kim Jong-Un appeared to be in better shape than he had ever been in his life during a military parade commemorating North Korea’s 73rd anniversary.

The possible explanation for the Supreme Leader’s weight loss is unknown, with some theorizing that it is attributable to ill health, while others believe it is politically inspired or simply a conscious choice to get in shape.

Snaps taken in the last few months display the scale of his transition, whereas images captured since he took power showcase years of weight gain.

The closely controlled state media reported in June that his apparent weight loss had rendered him looking gaunt and had shattered the nation’s hearts.

According to an anonymous citizen of North Korea’s capital Pyongyang, the latest photos of Mr. Kim have outraged people across the country.

Analysts noticed a weight reduction in the leader, who is estimated to be 37 years old when he returned on official media in early June after not being shown in public for about a month.

The Seoul-based publication NK News released enlarged pictures that appeared to show him tightening the strap on his favorite watch, which was reputedly worth $12,000 (£8,800).

Christopher Green, a Korean expert at Leiden University in the Netherlands, speculated that state media may be emphasizing his weight to express unity with locals who are suffering from food shortages.

The nation implemented harsh COVID-19-related border controls, slowing trade and exacerbating economic woes. Mr. Kim’s size has piqued the concern of the international community since he took over as the nation’s leader nearly a decade ago.

Last April, the leader was not seen openly for approximately 20 days following heart surgery, with CNN reporting that he was in serious danger and some going so far as to say he had passed away.

However, he reappeared on state press coverage, beaming and cutting the ribbon at the launch of a fertilizer facility.

Going years back, he was spotted with a visible limp in July 2014, at the age of 31, stoking fears about his health.

North Korea’s state media admitted that the leader had felt uncomfy. Mr. Kim’s extraordinary weight gain and family background, according to Michael Madden, a specialist on North Korean leadership, disclosed a lot about his state.

He claimed that the politician had gout, which was caused by his diet and a genetic tendency shared by other members of his family.

According to sources, Kim Jong-Un was a poor student who struggled in school. He never completed any tests and was obsessed with basketball and video games, which he still is.

This situation worsened, and his father was forced to remove him from the International School of Berne and enroll him in a public school, where he was placed in a low-tier grade.

Do Not Miss: Tony Reyes’ Weight Loss Journey of Over 150 Pounds is Simply Unbelievable!

According to reports, his teacher presented him to his class 6 classmates as Pak Un from North Korea and the son of a diplomat. Kim Jong-Un is reported to be born on 8th January 1982, although this is not his true birth date.

According to media stories, this young leader wants to appear much older and mature, thus his official date of birth is 1982. However, South Korean intel maintains that King Jong-Un was born a couple of years later. Evidently, he is still the youngest leader in the entire world.