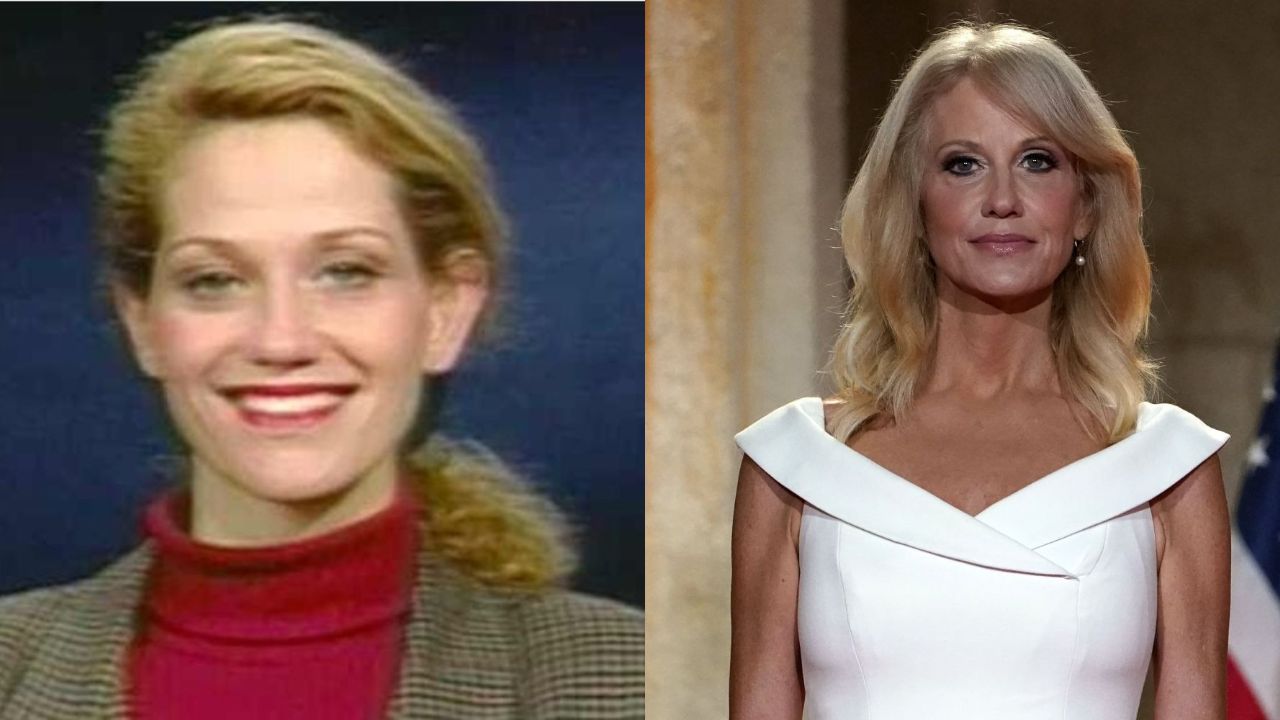 Serving as the Senior Counselor to the President in the administration of Donald Trump from 2017 to 2020, Kellyanne Conway is recognized as a political consultant and pollster.

One of the prominent faces in media, anything Kellyanne does to her face is noticed just as fast along with the rumors of her getting plastic surgery.

Conway previously served as Trump’s campaign manager, having been chosen in August 2016, thus she is the first woman to lead a successful presidential campaign in the United States.

In addition, she previously worked for the Republican Party as a campaign manager and strategist, as well as being the president and CEO of the Polling Company/WomanTrend.

With a list full of achievements, Kellyanne’s transformation has surprisingly become one of the most talked topics about her. So, here’s all we got on Kellyanne’s plastic surgery.

Previously, we touched on the plastic surgery efforts of Nancy Dineen and Sofia Jirau.

Kellyanne Conway made it the gossip and speculation segment when she appeared noticeably different during one of her Fox News appearances. It wasn’t all just about her highly contoured makeup and glossy lips! Many noticed something more done to her face, perhaps some plastic surgery procedures!

Stumping many with her exclusive look, radio host Stephanie Miller tweeted, “What the hell happened to Kellyanne Conway??” Jennifer Rubin, a conservative opinion writer for the Washington Post said,” “WTF? Getting ready for Fox News gig?”

It’s quite unusual for people involved in politics to get their faces done and change their looks. Thus, Conway’s transformation wasn’t all swallowable to many.

Seemingly appearing younger and “unrecognizable”, Kellyanne’s plastic surgery had once been an exclusive topic of discussion. Dr. Daniel Barrett, a Beverly Hills board-certified plastic surgeon to the stars, was approached to comment on her new look in an interview with Hollywood Life.

Dr. Barrett confirmed that Kellyanne Conway indeed went under the knives. He said, “I can safely say on this she’s had a facial resurfacing procedure such as a C02 laser. Facial resurfacing with a C02 fractionated laser penetrates the deep dermal layers to create trauma which in turn, creates collagen production! This helps with overall skin texture and tone. The healing response minimizes pores and ultimately resurfaces the skin.”

On comparing Conway’s before and after picture, huge changes can be noticed, leading to the conclusion that it wasn’t just makeup. Along with facial resurfacing surgery, its also been said that the political consultant could have gotten Hyaluronic acid filler or facial fat graft.

Looking pulpier and youthful as compared to before surgery, the speculations of the filler and grafting can be confirmed. “Hyaluronic acid fillers add volume by injecting them directly to the areas of concern. When we age, volume is lost and sits lower on the face. By restoring it higher up on the face we achieve an overall more youthful look,” as said by Dr. Barrett explaining Kellyanne’s procedures.

Along with fillers, many surmised that Kellyanne Conway’s procedure also included facelift to the list of her procedures. In an interview with Page Six, Dr. Stephen Greenberg confirmed Conway’s facelift as well as a nose job.

Greenberg acclaimed that Kellyanne’s cheekbones seem lifted and she doesn’t seem to have extra skin around her eyes along with the fact that her nose tip is more shapely and smaller.

All in all, Kellyanne Conway surely did get plastic surgery which includes procedures like filler, facelift, nose job, and botox to look as younger as she could.

More on Kellyanne Conway: Take a Look at Her Personal Life Apart from All the Politics!

One of the notable public figures, Kellyanne Conway is the veteran pollster and political strategist who managed Trump’s winning 2016 presidential campaign, worked at the White House from 2017 to 2020 as senior counselor to the president.

Along with that, she’ll be a senior advisor to Campana, one of eight Republicans challenging Bennet’s bid for a third term. With all that, she is achieving career-wise, the curiosity around her love life isn’t any less!

Conway is married to George T. Conway III. George serves as an American conservative lawyer who wrote the Supreme Court brief for Paula Jones during the Clinton impeachment in 1998.

While Kellyanne is a Trump supporter exclusively working as his counselor, her husband George is a critic of Trump. He even co-founded the Lincoln Project, which campaigned against Donald Trump’s re-election from a conservative perspective.

In order to maintain peace in their family and live it to its full extent, Conway announced her resignation on August 23, 2020, citing a desire to “spend more time with her family,” as did her husband George, who said he was taking a break from the Lincoln Project.

The Conway couple has four children: twins Claudia and George IV, Charlotte, and Vanessa. The fact that Kellyanne and George had different political perspectives affected their children in unimaginable yet expected ways.

Claudia Conway, Conway’s daughter, is a TikTok influencer who rose to prominence in 2020 for her anti-Trump statements. She stated in July 2020 that her parent’s marriage had “fallen” since they possess different political views.

Identifying herself as a leftist and liberal Claudia Conway claimed her mother Kellyanne was “physically, mentally, and emotionally abusive” in January 2021, sharing videos on TikTok that appeared to show her mother yelling at and even slapping her.

However, the issue now seems to have settled down with the focus being shifted back to Kellyanne Conway’s political career.