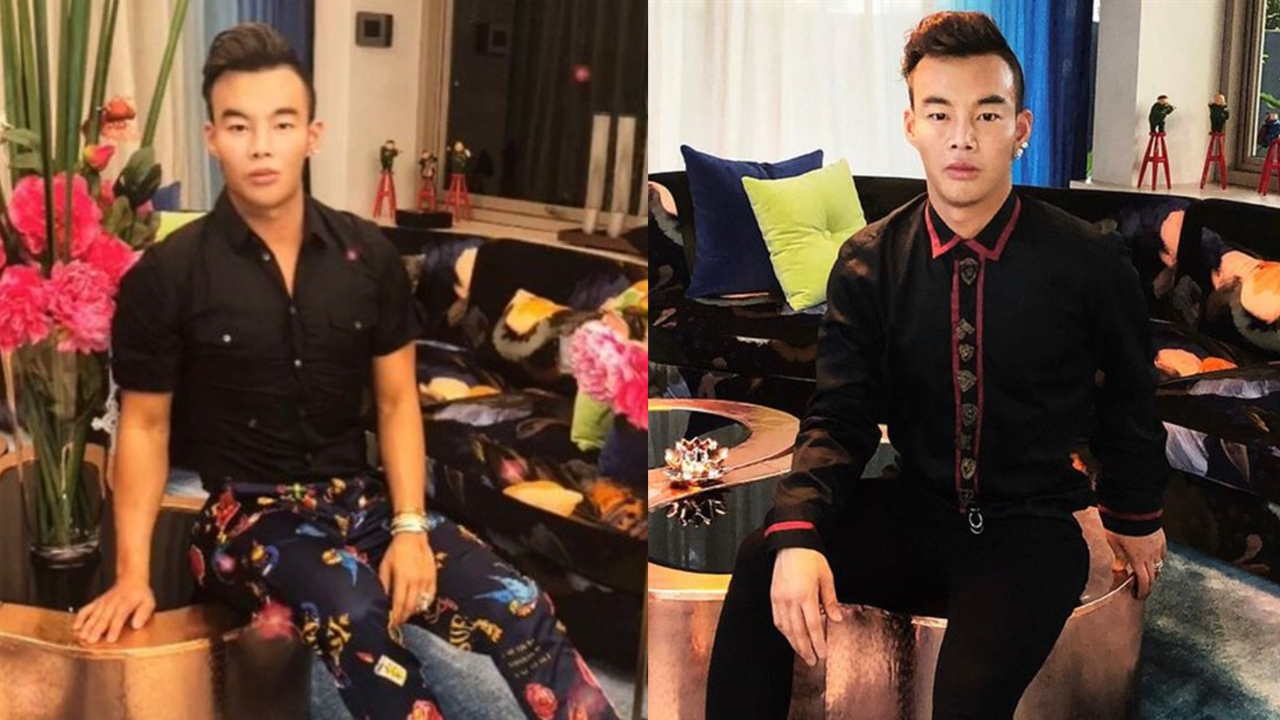 Grab all the details of Bling Empire star Kane Lim’s plastic surgery procedures, most notably Botox injections. Check out his before and after pictures.

Kane Lim, currently making rounds through the new Netflix reality show Bling Empire is the son of a Singaporean billionaire with a proper love for fashion. Pictures of extravagant suits, accessories, and watches flood his Instagram profile.

Lim might be absent from his father’s shipping business, but he started his own luxury fashion label at the age of 17, with slight support from his super-wealthy dad. By the time he turned 20, he was already a millionaire.

Besides being one of the four mega-rich Bling Empire castmates, Lim is a real estate developer, businessman, and philanthropist. His eccentric personality makes him one of the trendy figures to watch.

Lately, he is at the center of plastic surgery speculations on the internet. Did Kane Lim really go under the knife? Let’s find out.

A real-life Crazy Rich Asian is making his name as one of Netflix’s latest reality stars through the new streaming program Bling Empire.

The highly-anticipated show explores the lives of the wildly affluent Asian and Asian Americans residing in Los Angeles as it takes the intricacy of Kane Lim‘s gold-plated life to our homes.

With fame and attention, however, comes the microscopic analysis of everything related to that particular celebrity. Kane Lim is no exception in this regard. 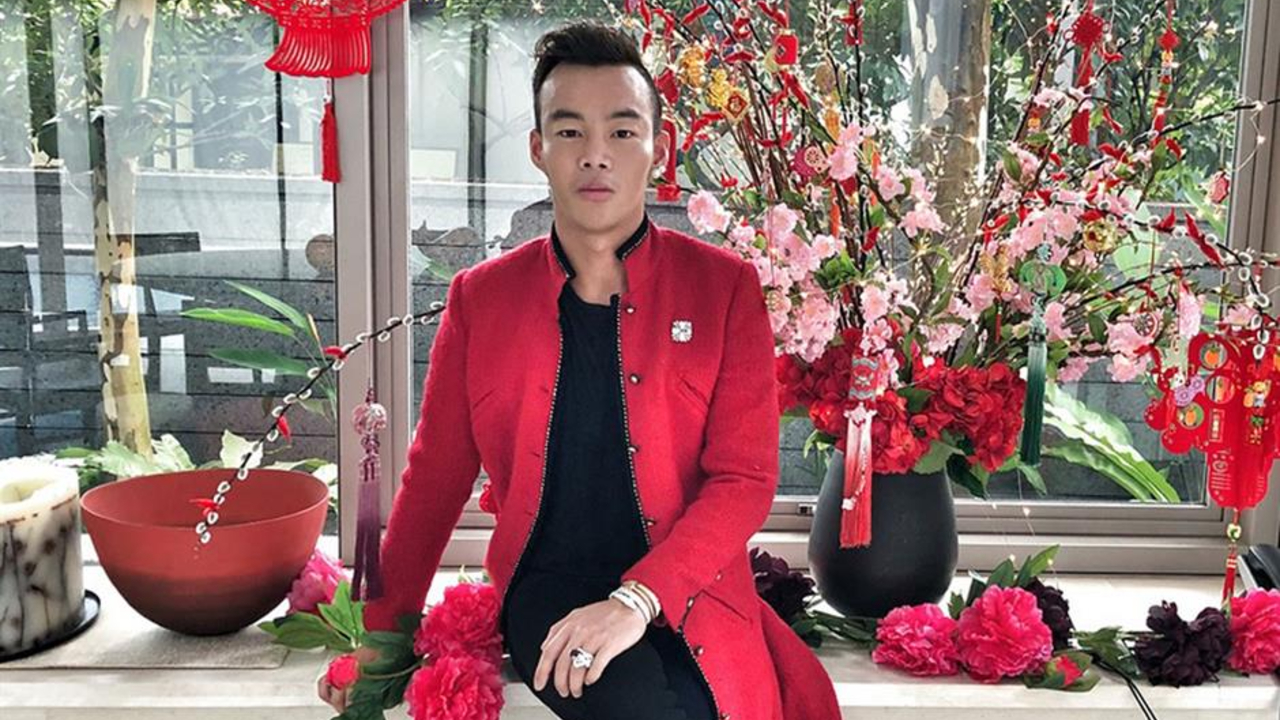 Just like his co-stars Christine Chiu, DJ Kim Lee, and Anna Shay, Kane Lim is the subject of plastic surgery rumors on social media. The fact that he looks incredibly dashing for a super-rich personality is making his fans even more curious whether he genuinely made cosmetic enhancements.

While Lim has held a close lid on his family’s billion-dollar fortune, Bling Empire – which premiered on 15th January on Netflix – shed some light on the lavish LA lifestyle of the young investor.

In interviews, Lim noted he got involved in investment at the age of 17, thanks to a small loan from his wealthy dad, which he swiftly repaid.

Lim doesn’t speak much about his father’s billion-dollar ventures, but he makes it clear that his childhood was anything but the traditional rich kid lifestyle of Singapore’s elites.

Currently, besides being a star on Netflix and a philanthropist, Lim is the head of an investment holding firm with a portfolio consisting of hospitality, green energy, and real estate.

Meanwhile, his insanely high wealth brings a natural curiosity of potential plastic surgery. While he’s never spoken about cosmetic changes or addressed any sort of plastic enhancements, many fans are convinced he’s gone under the surgeon’s knife.

We took it upon ourselves to analyze his appearance with the aid of our experts and the major consensus appears to be Kane Lim has performed Botox injections, at the very least.

Kane’s past pictures could shed further light on his potential plastic surgery upon contrasting his before and after changes. But unfortunately, the reality star has always been pretty low-key prior to his Bling Empire adventure, so his younger pictures are almost non-existent.

How is Kane Lim’s Life Away from Netflix’s Cameras?

The entire cast of Netflix’s Bling Empire is enviously wealthy, but you could argue nobody on the show loves more of their luxurious lifestyle than Kane Lim.

Throughout the first season, the 30-year-old enjoyed helping out with the stress of his friends, stating in the teaser, “Just go shopping. It’s the best therapy.”

Despite being the son of a Singaporean billionaire, there’s a lot of stuff going on in the reality star’s life that’s not seen on our screens. So, what does he actually do when he’s not featuring on Bling Empire?

As stated in the show, Kane was born into a life of privilege. His family earned their fortunes from businesses like oil, transportation, and real estate.

Kane’s friend Kevin Kreider mentioned that Kane operates much of the luxury shopping centers in the Southeast Asian nations, such as Singapore and Thailand.

But as per Lim, he had a more modest life than most rich people in Singapore.

Speaking with VoyageLA in 2019, he clarified that his dad never spoiled him and his siblings with everything, only the absolutely necessary ones like food and education.

Kane arrived in Los Angeles from Singapore for the first time around nine years ago for academic purposes, but by that time he was already a successful investor.

Since his father offered him a “small loan” when he was 17 years old, he quickly repaid him and amassed his first million before he turned 20.

He told VoyageLA he wished his life in the States would help him grow the family business over in the West as well.

Kane is also indulging in commercial property as part of his investment project, which is almost as glamorous as the assets his family owns back home.

In September, he took to Instagram to share one of the L.A. homes he was selling. The house is listed on Zillow as well at a super-casual price of about $2.7 million.

Talking about Instagram, it just makes sense for an entrepreneur who lives it up as well as Kane does that he boasts a strong following. He posts his extravagant lifestyle with more than 144,000 followers, sharing impressive luxury items ranging from sparkling Cartier bracelets to the new Gucci collab.

I have used my social media presence mainly to connect with individuals who enjoy fashion, but more importantly, I have used this platform to raise awareness for charities that I support.

And it’s factual that although he obviously loves his money, Kane still makes a point of giving back. A swipe through Kane’s Insta profile prior to the pandemic reveals he lives up to the “philanthropist” label in his account, even celebrating Christmas 2019 with a family funded by Miracles for Kids.

While Bling Empire is likely the first time you’ve heard about Kane Lim, his achievements at just 30 make it perfectly clear that this businessman and Instagram influencer is one to watch out for.

Bling Empire Season 1 is currently available to stream on Netflix.