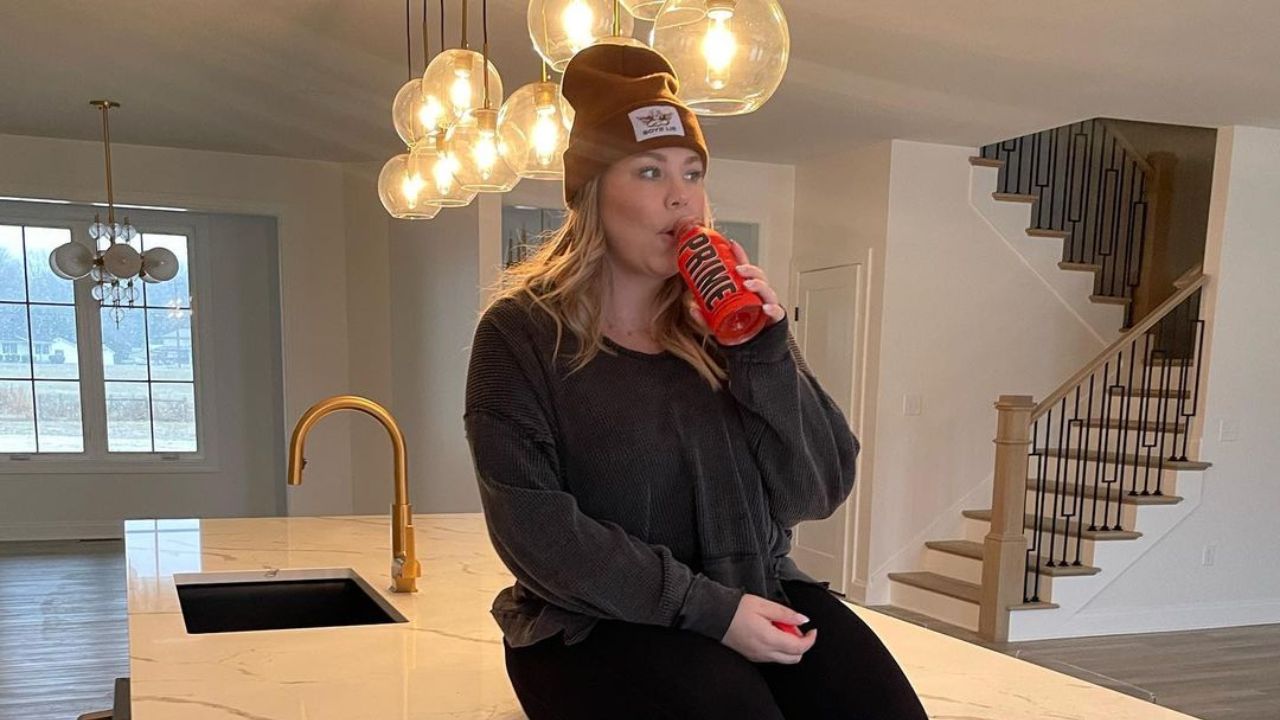 Kailyn Lowry recently underwent a weight loss of 12 pounds in 2022, which she had been flaunting in her Instagram posts. Her body image issues and her struggles with weight are much exacerbated by her PCOS.

Kailyn Lowry rose to fame in 2011 since her determination to raise her son on her own terms was documented in MTV’s hit reality series Teen Mom 2. She has also penned some New York Times bestsellers like Pride Over Pity and Love is Bubblegum.

Kailyn has always been vocal about her self-esteem issues arising from her body image issues which are mostly about her weight gain, which are worsened by PCOS.

Lately, she has embarked on a weight loss journey which is going well for her even when she has far to go.

Previously, we touched on the weight loss efforts of Danielle Ruhl and Brooke Elliot.

The internet is currently showering with praises for Kailyn Lowry (@kaillowry) from her fans after she posted a photo on Instagram flaunting her post-weight loss figure.

This comes just two months after it was revealed by The Sun that Kailyn Lowry had been fat-shamed by Briana DeJesus, her Teen Mom 2 co-star. Kailyn was very hurt that she decided to involve her lawyer in it. She had her lawyer demand an apology for Briana for antagonizing her.

She was reportedly upset after Briana implied that Kailyn Lowry was overweight. Briana allegedly crossed every level of extravagant petty when she gifted Kailyn a treadmill.

Prior to the gift-giving, Briana had told her about it via social media that she would by sending Kailyn Lowry a ‘surprise.’ And the surprise turned out to be that treadmill. Could she be more passive-aggressive and so cruel in such a casual and expensive way?

In response to that demand for an apology, Briana’s lawyer Marc Randazza said that it was not his client’s intention to upset Kailyn.

And that Briana had asked him to ‘extend a personal apology’ on her behalf if Kailyn Lowry was upset because she misconstrued her gestures. That denial seems hard to believe with the history they have.

This also happened to be the time she almost broke down but managed to pull herself together at the gym. The MTV star made an emotional Instagram story about her struggles with weight. That day, what she did was she went to the gym. And what she didn’t want to do was go to the gym.

When she started working out, she was so overwhelmed that she broke into tears. After she was done with the workout, she again cried. She then further opened up about how wanting to lose weight has been a struggle for her since 2016.

It was a very hard first day for her but she hoped to bring herself to follow through with the workout tomorrow. After talking about the tough part, she wrapped up the post spreading positivity by sending good vibes to everyone who wants to be the best version of themself or is struggling to get to the gym like herself.

The emotional meltdown of the reality star was somewhat unexpected because just a month prior to that, she had shown off her slim figure in a mirror selfie after losing 12 pounds in her Instagram story.

Like Kailyn Lowry celebrates her hard work and achievements in the weight loss journey publicly, she also shares to the general public her insecurities surrounding her body and details her struggles to manage her weight.

In September, the Teen Mom 2 star made a video about her weight loss journey she shared to her Instagram stories. In the video, she told that she had been battling her weight issues that were further ignited by Polycystic Ovary Syndrome (PCOS).

On her annual visit with her gynecologist, when she compared her weight to the previous year, she was down by 12 pounds which she got excited about even if it was a small win.

Because she already had an unhealthy relationship with food and on top of that, due to PCOS, it was harder for her to lose weight, she was happy about having lost those pounds. She had started taking Ovasitol, which she thinks is the reason behind her weight loss.

Kailyn Lowry had previously had a full mommy makeover that was liposuction in the neck, a tummy tuck, and a Brazilian butt lift.  But after the surgeries, her weight was even more triggered by her PCOS.

She was determined to lose that weight even though she missed several appointments for surgery plans, which she mentioned in her Baby Mamas, No Drama podcast.

On her Coffee Convos podcast, Kailyn Lowry had discussed her body image issues with Jamie Otis. She mentioned that she hated how there were no clothes that fit her perfectly.

And that she was torn up between going to the gym to lose weight and accepting her body the way it was. During an Instagram Q&A, she revealed that she had plans to get breast reduction surgery as ‘her boobs make her look bigger than she is.’