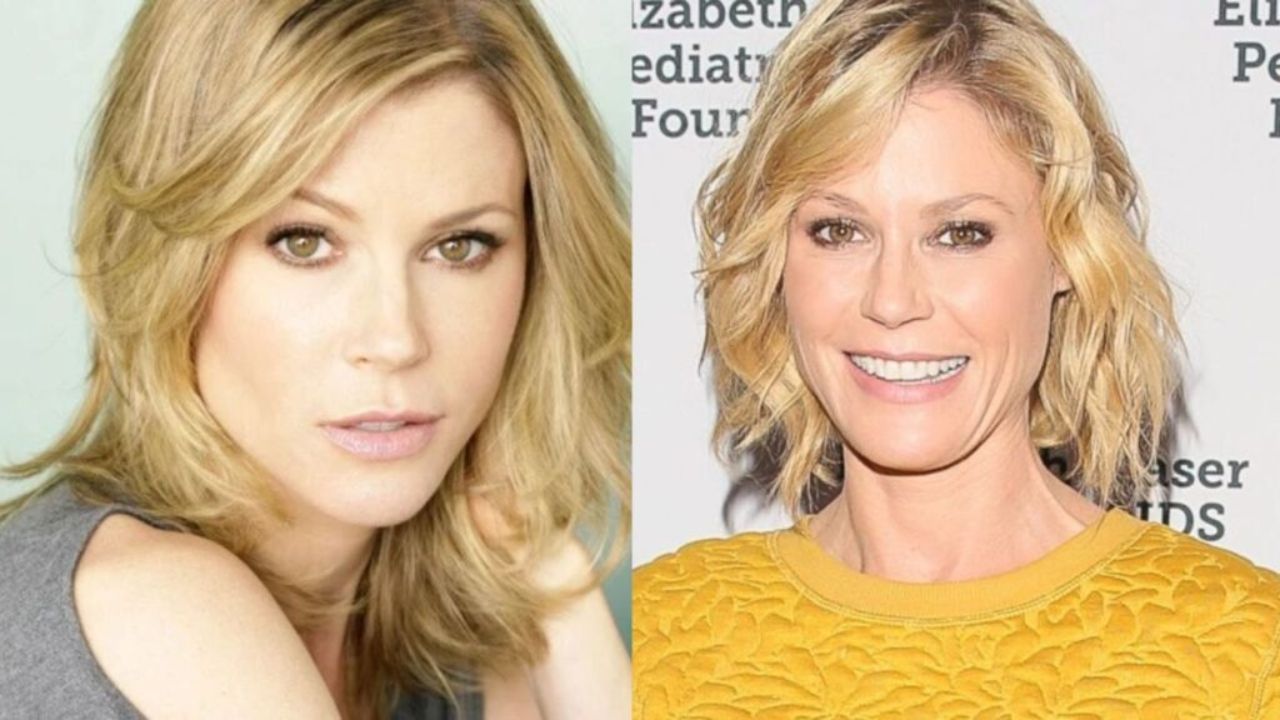 Julie Bowen has frequently been accused of undergoing multiple plastic surgery procedures. While the Modern Family cast has been denying all the allegations time and again, she admits to doing a Laser procedure on her face.

Julie Bowen Luetkemeyer a.k.a Julie Bowen (born March 3, 1970) is an actress from the United States. She is best known for her role as Claire Dunphy in the ABC sitcom Modern Family (2009–2020), for which she received critical acclaim and six Primetime Emmy nominations for Outstanding Supporting Actress in a Comedy Series, which she won in 2011 and 2012.

When you compare how Julia looks at the beginning and end of Modern Family, it looks completely different. There were rumors that Julie Bowen had plastic surgery to enhance her beauty. Well, let’s find out what the truth is.

Also, have a look at the plastic surgery efforts of Megan Fox and Chelsee Healey.

Julie Bowen’s Plastic Surgery: The 52-Year-Old Star Denies All the Allegations About Going Under the Knife!

Julie Bowen (@itsjuliebowen), the star of ABC‘s Modern Family, has had her picture taken numerous times. While the actress previously stated that she would never undergo any plastic surgery procedures to enhance her beauty, many of her fans believe that she has gone under the knife. However, Some people noticed that Bowen appeared different in the Modern Family pilot.

However, the 52-year-old actress later explained why many people might have assumed about her going under the knife saying,

I had tons of hair and looked like I got lip injections because I was so puffy. And I had these enormous boobs that were terrifying. I read online, before I made my ‘No Google’ rule, about how I clearly had plastic surgery. What? Those were painful cow udders.

Additionally, Julie has no qualms about revealing what she has done to her face. In an interview with Health magazine, Bowen did eventually discuss a Laser procedure she had undergone. she told,

I’ve had lasers leveled at my face, and I would like to do Fraxel, the deep one where you go undercover for like a month because you look horrible afterward, But the results are astounding as if someone blew time off your face. I do find it odd that people choose to do stuff that makes them look like crazy Hollywood faces, but I’ve got zero judgment about it… I’ve worn some ugly shoes.

People were right to notice something different about Bowen’s face in the pilot. However, it is due to pregnancy rather than plastic surgery. Bowen is instead concentrating on maintaining her skin’s health by using Neutrogena Rapid Wrinkle Repair products for which she is a spokesperson. It also fits into her beauty routine, which she says needs to be simply because she’s juggling her career with raising her 15-year-old son and 13-year-old twin boys. she said,

If I don’t have my feet on the ground the minute the alarm clock goes off, we’re already running late, and sometimes I hit snooze. So in the morning, it’s just a rinse, slap on the day cream, and get the sunscreen. I jam things in my bag and do things at the stoplight–no one’s judging you!

She’s also learned to love her body, which she claims has changed as a result of her two pregnancies. Spending time at home with her boys is one of her favorite things to do, despite the incidental insults they direct at her.

Julie Bowen has an estimated net worth of $18 million as an actress, director, and producer. Julie Bowen is best known for her roles as Carol Vessey on Ed from 2000 to 2004, Denise Bauer on Boston Legal from 2005 to 2007, and Claire Dunphy on Modern Family from  (2009–2020). Her contributions to Modern Family earned her two Primetime Emmy nominations.

Julie has also directed two episodes of Modern Family (Red Alert and Tree’s a Crowd) and the short film Girl Code in 2019, and she started starring in the Funny or Die web series Up to Speed with Julie Bowen,” which she also produces, in 2020.