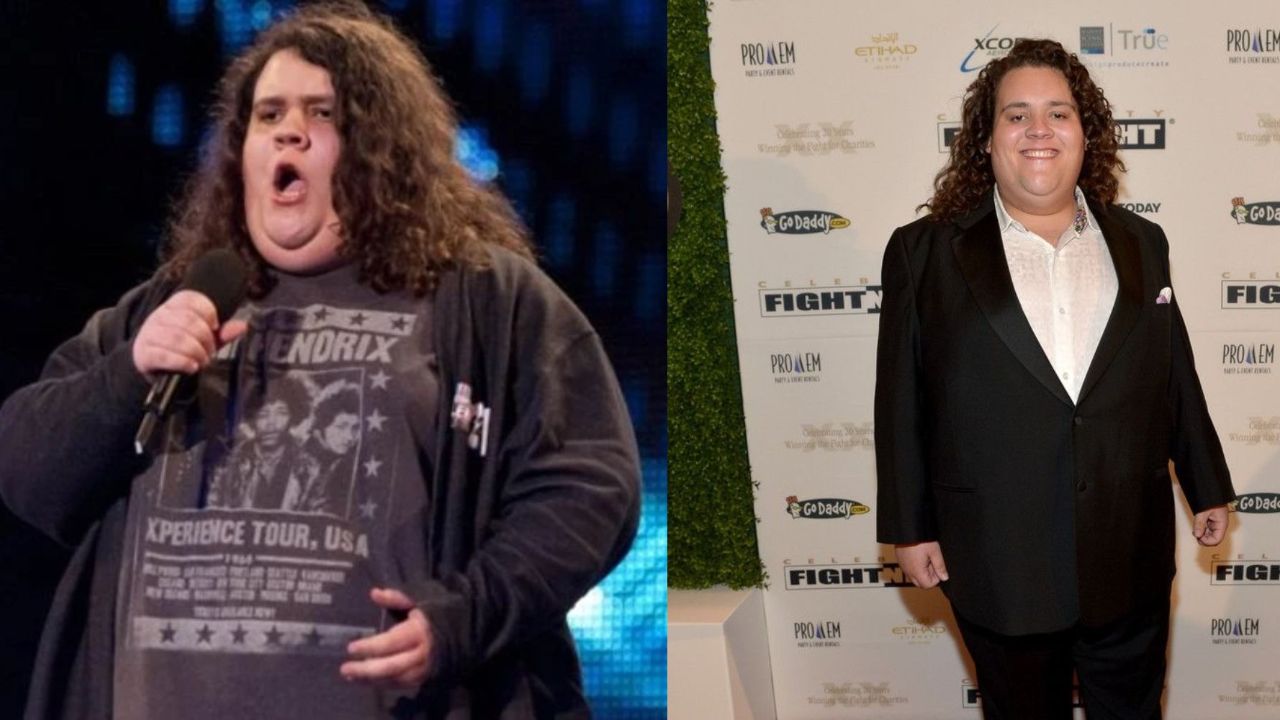 Jonathan Antoine, mostly known as a contestant in BGT, has undergone massive weight loss as of 2022. The Opera singer is reported to have lost 4 stones with the help of WeightWatchers. He claims that the program helped him a lot and now enjoys losing weight. Follow the article to know more about Jonathan Antoine’s weight loss journey with his recent images.

A classically-trained tenor, Jonathan Antoine dazed the crowd thenceforth he stepped on Britain’s Got Talent‘s stage back in 2012. Spectacular in his heart, Antoine shook many’s hearts with his breathtaking voice and astounding musical approach. Since then the TV personality has been growing and establishing himself as a singer and musician, also releasing his solo debut Tenore back in 2013.

While his music was as indescribable as it could be, his weight was sort of a hitch. Thus, seeing the Opera singer now in a much healthier state, his fans are overjoyed and are just as curious. So, here’s a brief look at Jonathan Antoine’s weight loss journey.

Previously, we touched on the weight loss stories of Hugh Bonneville and Wade Cota.

Simon Cowell praised Jonathan Antoine‘s powerful voice, comparing him to Luciano Pavarotti, the great opera singer. The singers made it to the final, but dancing dog act Ashleigh and Pudsey beat them to the award. Many years later, Jonathan is back in the spotlight but this time it’s after his weight loss revelation.

After overcoming depression and having his life saved as quoted by Simon Cowell’s talent show, Jonathan, 27, is now in a much better place after a significant weight loss. The brilliant vocalist lost four stones and now looks completely different stunning his admirers.

In an interview with The Sun, Jonathan Antoine revealed that he dropped from 20st to 16st. He also disclosed that he was part of WeightWatchers. In his words, the star said,

“I signed up with WeightWatchers last year, but I didn’t take it seriously until this April – now I’ve lost 4 st.”

When asked about the overall motive behind his weight loss, Jonathan divulged that it was his own wish to live a healthier life that pushed him to lose weight. He exclaimed,” “I never felt pressure to lose weight from people in the music industry but I wanted to do it for myself. I feel much better within myself and will keep going.”

Jonathan Antoine also emphasized that he doesn’t really have a hardcore dream body or an ideal size, and all he cares about is being healthy and satisfied with his state.

Jonathan credits his weight loss to adopting a healthier lifestyle and his persistent motivated state of mind. In an interview with Liverpool Echo, Antoine shared his American experience. “When I was out in America it’s fast food everywhere. I was in a terrible state at the start of the year and I’ve been able to claw my way back doing light exercise,” the star says.

As to what Jonathan Antoine focuses more on in his weight loss routine, he emphasized more on taking 10,000 steps every day, even if it just means pacing across the room. The star described how doing this very simple thing actually made him feel like he is enjoying his life all in while being his best healthy self.

Describing his life now as gratifying, Jonathan openly shared how losing weight was a major step in taking control of his life. Before this major transformation, the classical singer revealed how he was just experiencing life, letting life live him, and trying to find the next pleasure.

Sharing pictures of his new gleaming look on his Instagram, Jonathan Antoine surely does look much more confident and content with his transfiguration. Also making incredible music in the process,  Jonathan is surely in a healthier place mentally and not to forget physically.

Where Is Jonathan Antoine Now?

A victim of unabated bullying, Jonathan Antoine (@jonantoine) was once in depression and suicidal. He credits his physical and mental well-being to Britain’s Got Talent and how the show turned his life upside down. Followed by his massive success in the show, in addition to Pavarotti, Jonathan Antoine has worked with Mexican operatic tenor Rolando Villazón and Italian pianist Leone Magiera.

At the end of the BGT finals, Jonathan along with his partner Charlotte was then signed up to a £1 million contract with Simon’s record label, Syco, just days after the show ended.

Jonathan and Charlotte published their first album Together in September 2012 and their second album Perhaps Love in August 2013, but they separated up in February of the following year after Sony Classical gave them solo record agreements.

Though Jonathan Antoine parted his way from his partner Charlotte, he shared his gratitude towards his mate for how she helped him gain confidence. He said,

“Neither of us had been ensemble artists, we loved solo performances, so it was the natural evolution of the thing. There’s only so much a crossover classical duo can actually do without starting to reinvent the whole thing. At the point I had the necessary confidence and understood myself a bit more I felt it was time to make the leap.”

Jonathan Antoine continues to make music all while focusing on his health and losing weight. We hope to see him rise even more in music and his health as well.