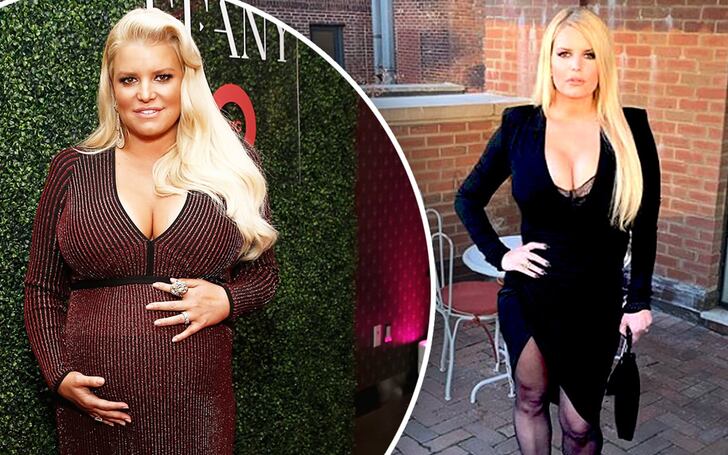 When Jessica Simpson announced her 100-pound weight loss in September 2019, everybody wondered, "How did she do it?" Well, her trainer, Harley Pasternak, is keeping the record straight with all the specifics and the five main activities she introduced to her everyday routine.

First of all, Jessica and Pasternak did not carry a specific weight loss goal in mind. Pasternak, who has collaborated with the actress for several years, set up Jessica to excel in a comprehensive lifestyle transition right after the birth of her third baby, Birdie Mae.

Jessica Simpson Weight Loss - How Did She Shed 100 Pounds? 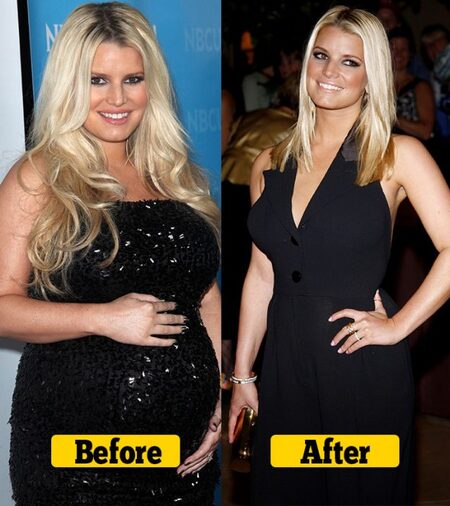 Jessica Simpson before and after weight loss.
Source: Pinterest

Everybody could do just what the mega-famous mogul and actress Jessica Simpson did to shed weight — and it won't cost you a penny. Simpson dropped down 100 pounds as per her personal trainer.

Jessica's trainer Harley Pasternak informed E! News he was consulting with Simpson's specialist to devise a program for her after she had given birth to her third child, daughter Birdie Mae, in March 2019.

Simpson revealed on social media that she weighed 240 pounds during her pregnancy.

"6 months. 100 pounds down (Yes, I tipped the scales at 240)," Simpson wrote in the caption on an Instagram photo showing off her weight loss. "My first trip away from #BIRDIEMAE and emotional for many reasons, but so proud to feel like myself again. Even when it felt impossible, I chose to work harder."

"It had to be more than just getting back from her baby weight, but how do I keep whatever I am doing now forever," he said. "That's why we are not a big fan of doing any extreme diet or radical forms of exercise."

This involved coming up with healthier options to her preferred meal and encouraging her to walk 14,000 steps a day, according to Pasternak.

The celebrity trainer has been working with Simpson for 12 years and said she started out slow after recovering from childbirth and got her steps in via activities that included family walks and hitting the treadmill.

It improved, said Pasternak, since the star was genuinely dedicated to feeling better.

"We were kind of just getting in shape between kids, and now it was sort of OK, I want to look fierce again and look great, confident, and energized and I want to do it in a sustainable way," he said. "That was her main goal."

Harley Pasternak offered Simpson five tasks to do every day and made her contact him every night for feedback and an update about how she was going.

Here are the five items stuff he and Simpson concentrated on, with Pasternak providing more precise information.

1. 12,000 steps per day: "This was a big part of losing the 100 pounds. She could do it by going for walks with her family, walking on the treadmill watching TV, just moving her body in a non-intense way."

2. 7 hours of sleep per night: "Sleep is such an important thing, especially for a mom with three little kids at home and big business. [Simpson] got at least 7 hours of quality, continuous sleep every night."

3. 1 hour away from technology daily: "No cellphone, laptop or tablet ... That’s really important to control the hormones in our brain that are overwhelmed by the blue light on our phone by the vibrations and alerts of our technology and the cortisol that’s released."

4. 3 meals, 2 snacks per day: "Meals had protein, fiber, and healthy fat. Snacks had protein and fat or protein and fiber. We did not diet in a tasteless, extreme, radical way. [Simpson] loves Tex-Mex flavors, so she had a lot of healthy versions of Tex-Mex foods."

The trainer praises Simpson for her "fantastic attitude" and diligent work ethic and cites them as the reason she completed her most recent weight loss.

"There is no magic diet that is the end all and be all," said Pasternak, who recently launched Sweetkick, a tool to help sugar cravings. "If you take enough steps per day, you don’t need to starve yourself food-wise, and if you eat properly, you don’t need to run a marathon."

"It’s by doing moderate amounts of aerobic activity per day, and in this case, we count them as steps and eating a balanced, moderate diet with a low-sugar lifestyle, that’s essential," said Harley.