Jason Aldean’s Weight Loss in 2022: How Did the 45-Year-Old Singer Lose Weight? Was It the South Beach Diet? 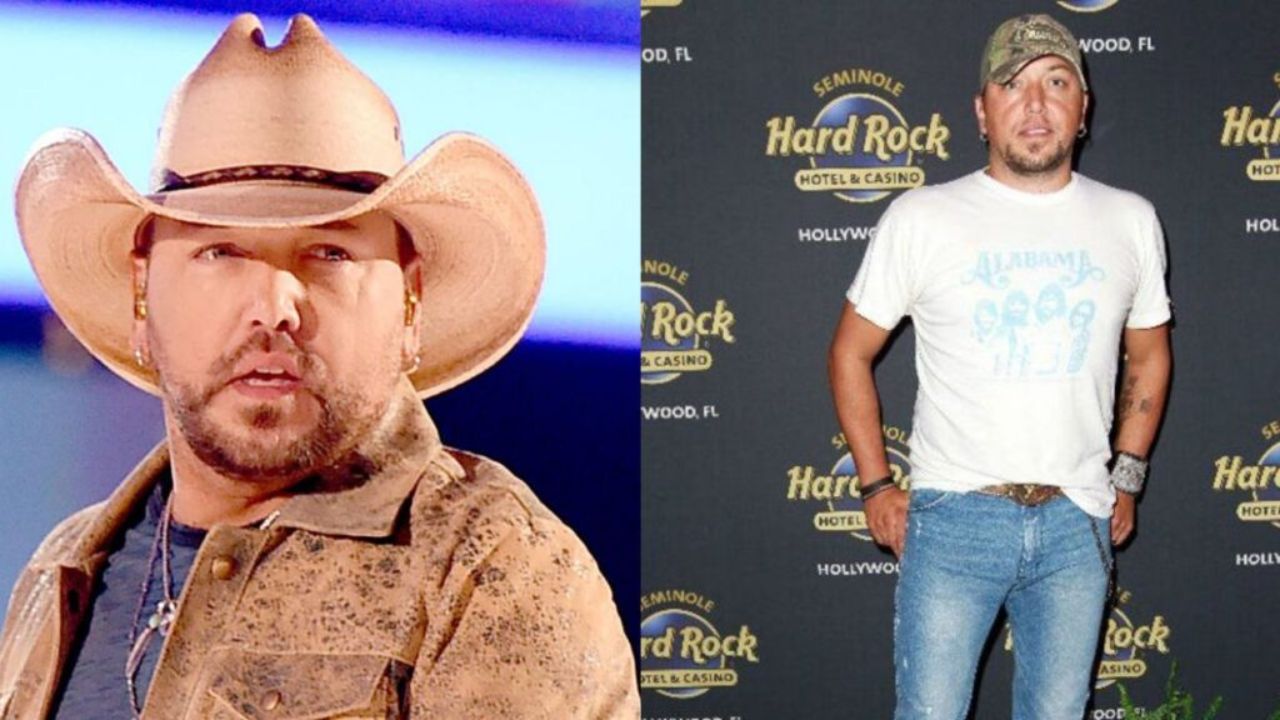 Jason Aldean, in an interview, stated that he changed his diet and eating habits drastically which assisted him in his weight loss journey. The 45-year-old singer claims that he sometimes follows the south beach diet on the recommendation of his wife, Brittany Aldean. Fans online claim that now he appears to be much younger and healthier in 2022.

Jason Aldine Williams, best known by his stage name Jason Aldean, is a well-known American country music performer who has established himself as one of the genre’s most skilled vocalists. Jason was born on February 28, 1977, in Macon, Georgia. At the age of three, his parents divorced. His mother raised him in Macon, and in the summers he visited his father in Homestead, Florida.

Early on, Jason developed a love for country music, and at the age of just 14, he gave his first public singing performance. After completing high school, his passion became a full-time career, and he quickly began playing around the Southeast and the Eastern Seaboard. Jason initially struggled to gain a following, but in 2005, Broken Bow Records took notice and signed him.

With the label, Jason Aldean has delivered seven chart-topping albums and twenty-four singles since then. His most prominent albums include Wide Open, Relentless, Night Train, and My Kinda Party, the latter of which was certified triple-platinum by the Recording Industry Association of America.

Many of his hits reached the top of the Hot Country Songs or Country Airplay charts. Dirt Road Anthem, The Truth, Why, and Night Train are a few of these. With the rise in his fame fans now notice every single thing about him and according to the rumors, online some fans speculate that he might have lost weight. Read this article to know more about Jason Aldean’s weight loss journey in detail.

Previously, we touched on the weight loss efforts of Nicole Nafziger and Randy Jackson.

A healthy diet has helped Jason Aldean (@jasonaldean) in his weight loss journey to become a leaner and slimmer version of himself. The We Back singer recently talked about his health, what he did to be in shape, and how vital it was for him to maintain his busy touring schedule while raising four kids.

Aldean told PopCulture and other media outlets that he had a meeting with a dietitian a few years back. He admitted that when he walked off stage at night, he got into the habit of basically eating trash all the time because he was on the road. He just went to meet and asked all the crucial questions, such as: What should he be eating? How frequently should he eat? When should he not eat? And he basically sat down for an hour and a half with the nutritionist, talked to him, and had everything set up.

Jason Aldean discovered later that the issue wasn’t overeating, but rather eating at inappropriate times, particularly while on tour. So soon after he set the goal to fix such issues. He also stated that the weight loss journey now feels a lot harder and tougher.

Jason was able to keep a trim figure while growing up with little effort. But as he aged and the years passed, he discovered it wasn’t as simple as it previously was. Aldean revealed that:

I’ve always been pretty thin. And then you start getting close to 40 and then it stops working for whatever reason.

With that in mind, Jason Aldean started eating much more than he ever had before and started incorporating a more balanced meal plan into his daily routine. Natural, healthy meals. And he asserts that his metabolism suddenly got going again. He has since returned to being somewhat closer to his original size.

Brittany Aldean (@brittanyaldean), Aldean’s wife, is a spokesman for the South Beach Diet, which Aldean occasionally follows, though he generally just makes healthy choices throughout the day.

The 45-year-old musician claims that he typically wakes up, eats four eggs with avocado in the morning, and then has a protein bar a couple of hours later. He also mentioned that he enjoys substituting meals; when he can’t get to a restaurant, he prefers to do so by eating a protein bar, so he began consuming a lot of those. A few hours later, he consumes one of those and his launch.

In an interview with Parade, Jason Aldean said he can already tell that his improved diet has impacted his energy levels on the road. And the singer claims that he feels confident and overall healthier. Fans sure did notice these changes and are complimenting the singer on his appearance.

As of 2022, fans online claim that the singer now appears younger and healthier after his weight loss journey and they hope that he continues to take care of his health in the coming days too.