Jared Leto is no stranger to weight gains and losses. He is a method actor who gives his fullest to each and every role. Learn the weight gain journey of the actor in eye-opening before and after pictures capturing his transformation.

Jared Leto is a Rock musician. He has had number 1 charting albums and songs but most people know him strictly for his acting. And over his long career, the actor has shown off some amazing skill in weight gains and losses for roles. No fat suit for Jared, if he needs a gut for the role, he is going to have a gut.

Whether he is playing practical and sick jokes on his castmates or rocking out on stage, it is safe to say Jared is a one of a kind specimen. And when he finally agreed to appear in the HBO Max movie The Little Things for John Lee Hancock, the actor went on a weight gain journey to portray the main antagonist of the film. 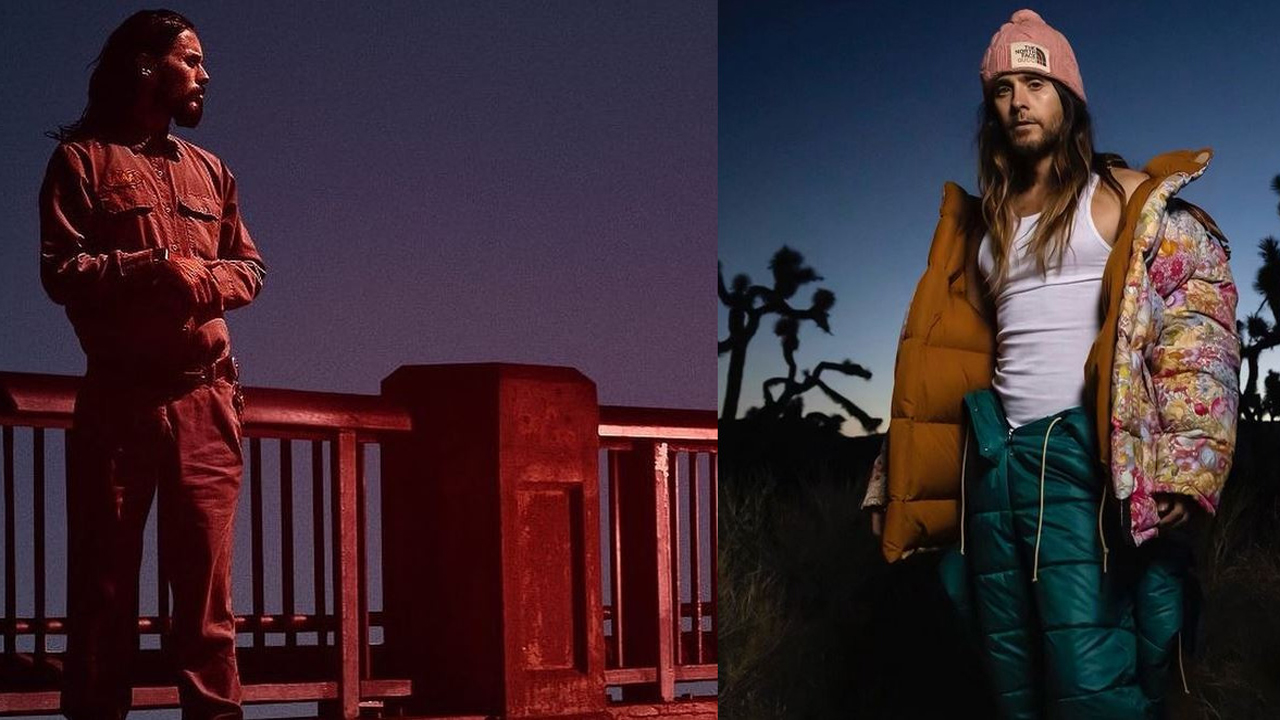 Jared Leto gained 25+ pounds for his role in The Little Things. He previously gained 67 pounds for Chapter 27.
Image Source: Instagram

Jared Leto has been in the film industry for nearly three decades. He has won an Oscar, garnered critical acclaim, and built a reputation for himself in the industry. The fact that he gets so many offers for movies is because directors know Jared is going to give his all.

If the story asks for it, he is even down to contracting gout. That is exactly what Jared did when he was hired to appear as John Lennon‘s assassin in Chapter 27. Not only that, Jared gained over 60 pounds for the role, you would not recognize him in the movie.

So, a 25 pounds weight gain in HBO Max’s The Little Things does not seem to that great a deal. But ask a person trying to lose or gain weight, how difficult it is. Then there is the Dallas Buyers Club where Jared lost over 20 pounds of weight to portray a transgender woman.

Also Read: Marie Osmond Plastic Surgery – Singer Details Her Use of Enhancements Over the Years

In The Little Things, Jared Leto plays Albert Sparmar, a suspected serial killer who works as a repairman. In the movie, Jared has a limp and a visible massive gut and it all lends to the sleep-deprived, dark circled face and eyes of the character which is both terrifying and revulsive.

While the exact weight gain of the actor was not provided in the promotional material for the movie. Considering the actor’s walking around body weight and appearance, we estimate a number between 25-30 pounds.

You can see this appearance in a side by side picture with Jared’s character in Chapter 27. In both pictures Jared is fat, but in Chapter 27 he is an obese man, while in The Little Things he looks like a man living on beer and pizza as his dinner.

The weight gain of the actor is even more impressive when you consider the fact Jared is back to be slim. He does not have the haunting look from the film and there is no sign of gut from the 30 Seconds to Mars lead vocalist. Jared gained the weight for the movie and he was back in the gym shedding it all, preparing for his next challenge.

Jared Leto is starring alongside two other Oscar winners in The Little Things. Rami Malek and Denzel Washington form an acting trifecta rarely seen on screen in movies such as John Lee Hancock’s new one. But Jared explained he was truly inspired by Denzel in the movie.

The actor was talking with Denzel Washington’s son John David Washington on Variety’s actor on actor segment. Both talked about their movies and the attention turned to John’s father as Jared started raving about Denzel and how he was the perfect acting partner to work alongside.

He said whenever he was improvising Jared would see a smile on Denzel’s face and he would go along in the scene. Jared seemed to be truly inspired by Mr. Washington, but who wouldn’t be. That inspiration is also the reason why none of the method acting quirks Jared was known for did not come near Denzel.

Also Read: Bryson DeChambeau Weight Gain – Fans Suspect Steroid Use, See the Before and After Photos

Denzel Washington was also full of praise for Jared and Rami Malek. He said they made him step up his game and also shouted out Chadwick Boseman, someone Denzel has a long relationship with, who lost his life recently.

For all the truth about celebrity weight loss, plastic surgery, and tattoos, keep it locked in with Weight & Skin.