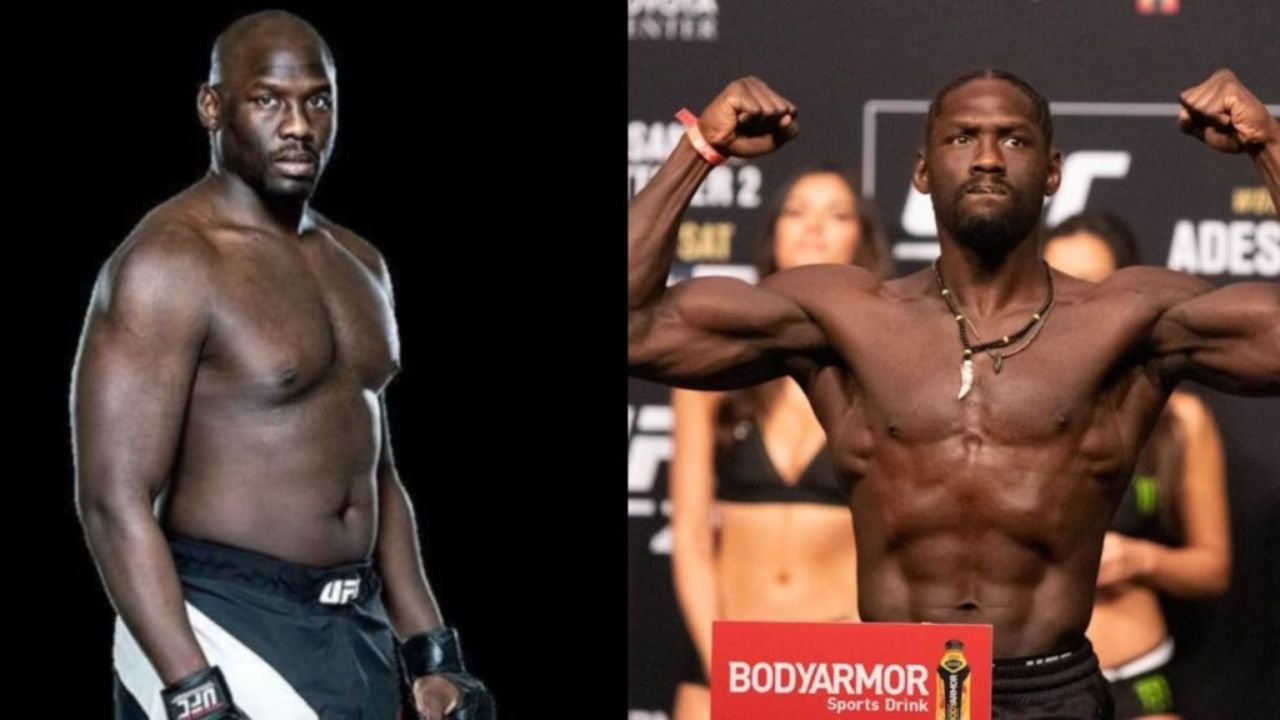 Currently ranking number 2  in the UFC middleweight rankings, Jared Cannonier is rising to the top as one of the unbeatable champions. A professional mixed martial artist, Cannonier currently fights in the Middleweight division for the Ultimate Fighting Championship (UFC).

Over the years, Jared Cannonier has gained quite the preeminence in the world of heavyweight. Jared Cannonier worked for the Federal Aviation Administration and resided in Anchorage, Alaska, maintaining air traffic control machinery. He had just about finished his tour of duty in the American Army in 2009, and his wife Cat was expecting their first child. It was when Cannonier wasn’t expected to be who he is now due to his weight.

Jared Cannonier was never expected to be in sports due to his weight. Shocking everyone, Jared underwent a huge transformation and is one of the champions now. So, here’s everything you need to know about Jared Cannonier’s weight loss.

Previously, we touched on the weight loss efforts of Kristin Cavallari and Meghan Trainor.

Before being #2, Jared Cannonier (@killagorillamma) was doing maintenance on air traffic control equipment and just living his life with his wife. Weighing 300 pounds, it was least expected of Jared to be into martial arts and fitness.

Looking at Jared’s pictures before and after his transformation has been incredible. His ripped physique gathered many’s interests and the fans have been wanting to learn about his whole weight loss journey.

Many years later, Cannonier is in his best shape making headlines at UFC for his years of hard work and physical transformation, and the success in his fight that catapult him into the top tier in the division. Few would have predicted that a 300-pound air traffic control mechanic would one day get the chance to compete against the world’s top MMA fighters.

As to how Jared Cannonier weighed 300 pounds, his wife Cat revealed to ESPN that it was due to the cold in Alaska. Comforting themselves with food in the coldness of the place, Jared was soon overweight and not as fit as he is now. His wife revealed that Jared was only about 225 pounds when they first got married. The weight gain followed him after they had their first child.

Through the Army’s combative training program, Cannonier entered the world of mixed martial arts for the first time. This was also the beginning of his weight loss journey. Three years into his Army career, a positive marijuana drug test led to his dismissal.

Cannonier knew he wanted to enter the MMA scene even as he looked for his next move and started working for the FAA to provide for his family. In 2011, in Fairbanks, Alaska, he entered his first professional bout after discovering a Brazilian jiu-jitsu gym there. By the time Cannonier had begun losing a significant amount of weight.

Six stoppages, including five first-round finishes with local promotions in Alaska, marked the beginning of Cannonier’s career. The UFC then made contact. In 2015, Cannonier made his UFC heavyweight debut.

While Cannonier achieved a knockout and his first UFC victory at his highest fighting weight of 241 pounds at UFC Fight Night in Croatia in 2016, he was aware that his long-term chances would be much better at a lighter weight. Thus, Jared was much more determined to lose more weight.

Cannonier would wake up at 3:30 in the morning to run or go to the gym and pedal an AirDyne cycle for an hour in order to accomplish his objective. The night would end with him going to his Gracie Barra gym to practice mixed martial arts. Jared began doing some of his training at The MMA Lab in Phoenix, and he soon realized that he needed to be there constantly if he wanted to advance as a fighter.

By the end of that year, he had dropped down to light heavyweight, 205 pounds, although Cannonier had had inconsistent results there, going 2-3. The starfighter continued to lose weight as he dedicated himself to exercising full-time. However, he wasn’t satisfied there! Jared’s next goal was a middleweight.

He made his 185-pound debut in late 2018, and the decision has already paid off greatly. Cannonier has won two fights in a row via the TKO decision.

Following it Cannonier no longer needed to be concerned about a huge reach disadvantage while facing larger heavyweights and light heavyweights because of his height of 5-foot-11.

As per Jared Cannonier’s diet, he revealed to ESPN that he didn’t have any nutritionist, but it was his wife who took care of his food and diet.

Cannonier claimed that he had a lot of steaks, potatoes, rice, chicken wings, and Mexican cuisine when competing at heavyweight. His diet included a variety of fruit, avocado, and oatmeal for breakfast; soups, salads, spaghetti, or a light sandwich for lunch; and salmon or tuna fillets with broccoli, squash, or spinach for supper when in his middleweight training camps. Seeing his food consist of more plant-based products, he said,

I want to be completely vegan one day, but I’ve just gotta break the habits.

Back to his weight and games, in training camp, Cannonier said he weighs between 210- 215 pounds, but outside of it, he could reach 230 pounds. He also claimed that on the Tuesday before a fight on Saturday, he weighs in the low 200s or upper 190s pounds, with the remaining weight removed with a standard water cut.