Jamie Lynn Spears Plastic Surgery is Trending But is It True? 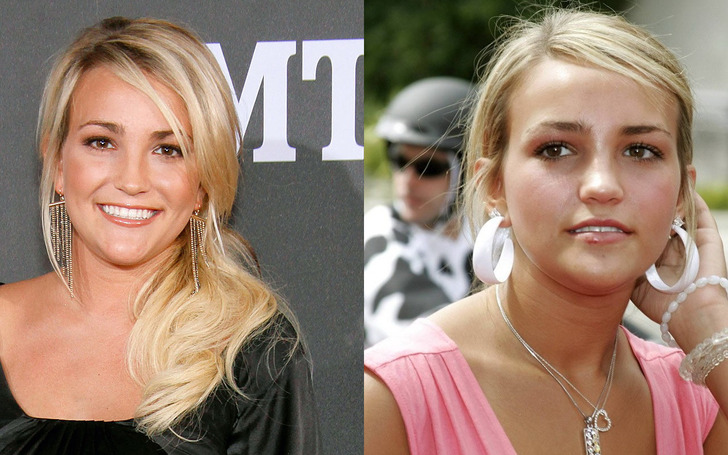 It’s been precisely 15 years since Zoey 101 debuted on Nickelodeon, earned the network the biggest rating for a series debut in eight years, and became an instant success.

Now the actress is all grown up and under the microscope once again. As soon as fans saw the trailer of the new romantic drama Sweet Magnolias, they couldn’t help wonder if Jamie Lynn Spears got plastic surgery. Let’s find out. 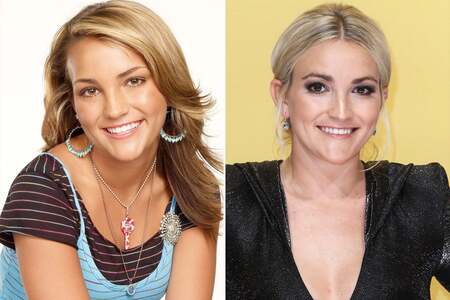 If you spend a lot of time as the center of media attention, people tend to spend a great deal of their own time talking about your personal life. It seems particularly true of famous people like Jamie Lynn Spears, who began at a young age and also had a sister as a superstar.

For some reason, people think they own the rights to know almost all aspects of their lives because they’re familiar with someone from a young age.

Many viewers believe Jamie Lynn’s face in Sweet Magnolias appears ratcher different from that of her Zoey 101 days. It’s also worth noting Jamie Lynn was 13 years old when she first appeared in Zoey 101 and is now 29 years old. It would be sweet bananas if she looked the same after 16 years, wouldn’t she?

Do Not Miss: Everything You Need to Know About Barbara Corcoran’s Plastic Surgery Operations

Jamie Lynn has not talked openly on whether she ever wanted to undergo some kind of plastic surgery. Any change in appearance could be due to some cosmetic changes or could be just as easily associated with aging, make-up, camera angles, or numerous other reasons. One thing is for sure, though: Jamie Lynn looks fantastic, and we’re so delighted to have her back on television!

Meanwhile, one Reddit user asked: “What happened to Jamie Lynn Spears’ face? Did she get plastic surgery? I’m not trying to make fun of her or insult her appearance or anything, but I am genuinely curious as to how Jamie Lynn Spears looks so different now. She is only 28, but she looks like a completely different person. Can somebody with better knowledge of facial structures – perhaps a plastic surgeon – explain what exactly changed, and whether or not these kinds of changes are just part of normal aging from mid-teens through 28?”

A user responded on Spears’ alleged plastic surgery speculations, “I don’t know much about her, so I am just judging from the pictures, but to me, it looks like she has had a possible nose job, but there is also the addition of her having less of a ‘baby face’ just from getting older, even things like where the part in her hair is and hair color, and her not having as tan skin anymore would make her look different. She also looks like she does her makeup differently in the second picture which makes her eyes look different and cheekbones look more predominant.”

Another stated, “I would say no. She seems to have the same asymmetry as most of us do and the photo is taken from two different sides of her face. Most celebrities have almost perfect symmetry so we aren’t used to seeing this in professional images as much. Age looks like it’s also taken place and there’s less fake tan here. Fake tan can make your features look very different too.”

Jamie Lynn Spears Had Liposuction During Her Pregnancy

Jamie Lynn Spears allegedly underwent liposuction while she was pregnant. The “Zoey 101” actress had the plastic surgery operation prior to learning about her pregnancy. The teenage actress noticed the weight was piling on and begged with her aunt, Lynne, to let her get liposuction, Star Magazine states.

“She didn’t know she was pregnant when she filled out the health questionnaire prior to the procedure,” a source told the tabloid. “Her mom approved the injections and went through tons of red tape to get the clinic to administer them to an underage patient.” Of course, she did.

Jamie Lynn Spears learned about her pregnancy at the age of 16 in the restroom of a gas station.

Pop Princess Britney’s younger sister confirmed she had taken the test surrounded by her buddies in a BP bathroom outside her family home in Kentwood, Louisiana, upon returning from her TV celebrity life in Los Angeles.

“When I became pregnant my world came crashing down,” Jamie Lynn said as she wiped away tears in the show Jamie Lynn Spears: When the Lights Go Out.

Jamie Lynn, 29, said as she came back to Louisiana from shooting Zoey 101 in Los Angeles, a friend discovered she was ill.

“I don’t know how you can say this without feeling a little tacky. I kept actually throwing up,” she laughed.

Once her friend asked her whether she may have gotten pregnant with the boyfriend Casey Aldridge, she replied no, but decided to take a pregnancy test.

“We decided to get our friend to go and buy a pregnancy test. We stopped to get gas and she was like ‘Just go and take the test real quick.’ We didn’t want to do it at home, so I went to BP and I took a pregnancy test.

“I sat on the thing and we were sat there looking and my friend looks down and she freaks out and I was like ‘What? What? What?’ and the test was positive and I was pregnant.

“So I got the news in the ladies room at the BP, that about sums it all up.”