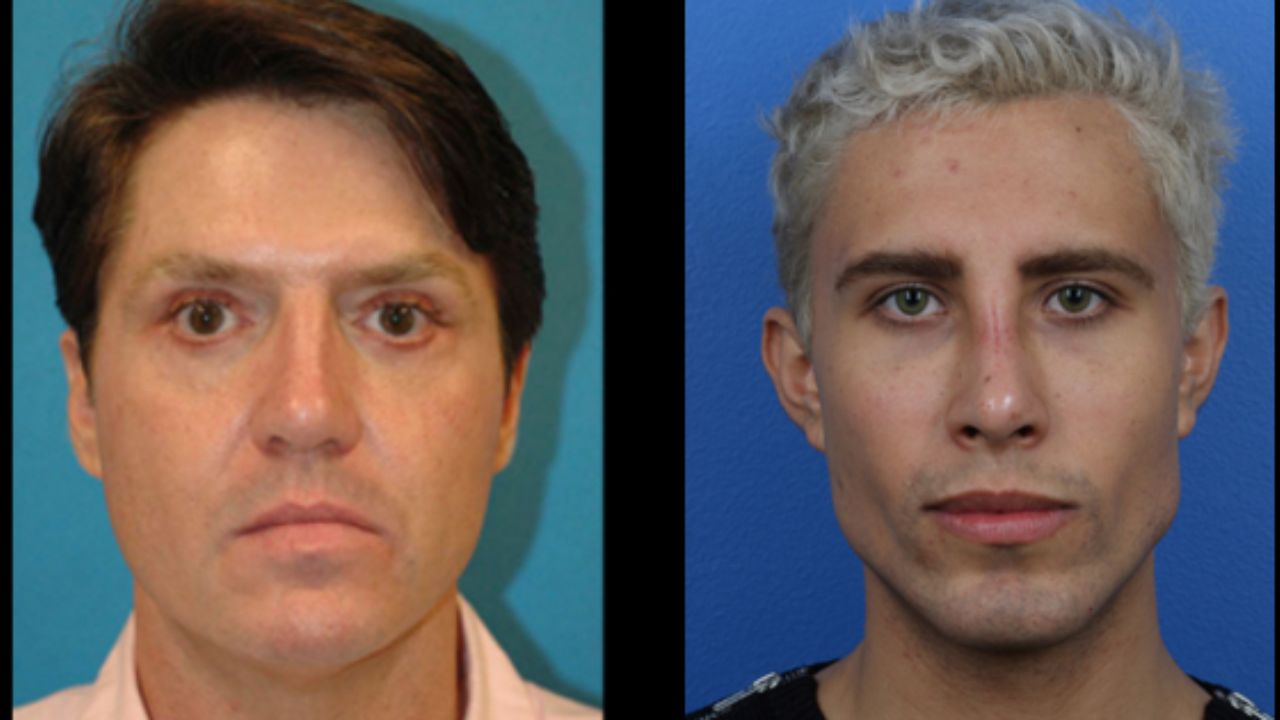 A bizarre story of a man named James Mack getting 37 plastic surgery treatments to circumvent the restraining order his ex-girlfriend filed against him and then date his ex-girlfriend is untrue as it originated from a satirical website World News Daily Report. The images used in the website have been taken from websites at random.

A bizarre tale of plastic surgery has surfaced on the internet: bizarre because the surgery that the person did was not done to match up to some beauty standards, but for different reasons that are hard to believe.

A man named James Mack modified all his features, got a brand new face. And he did it not because he did not like the way he looked, not to look better, not to appeal to people by buying conventionally attractive looks. But to stalk his ex-girlfriend who had filed a restraining order against him.

In simple words, the restraining order was the problem and plastic surgery was James Mack’s apparent solution.

Previously, we touched on the plastic surgery efforts of Cyndi Lauper and Michelle Mylett.

A person that goes by the name of James Mack got plastic surgery to date the girl who had got a restraining order against him without getting caught.

Toxic and obsessive sure… but creative and genius also! Disbelief at such a strange story, shock at such extremity, fear at such obsessiveness, and admiration for such innovativeness are all in order. Not to mention how hilarious all of this sounds.

We’re only holding our laugh because we don’t know it’s not real because if it’s real, then it’s too creepy. Let’s find out if it’s true!

The story goes like this. There was a man named James Mack and there was a woman named Sarah Lopez. They met somewhere or through someone. Then either he or she asked her or him out. So, they began dating. And it was going well until it wasn’t. Thus, they split and went their own ways, at least one would think so, but one of them clearly didn’t.

But their breakup did not end on an amicable note. Not the kind of breakup where they will always have a love for each other in their hearts but they realized that they were not right for each other. But the messy one where the cops had to get involved.

Sarah had suffered assault and harassment at the hands of James Mack. Therefore, he was jailed for about six months in 2017 for harassing and assaulting his girlfriend. And, he was also prohibited by law from getting closer to now his ex-girlfriend. Sarah got a restraining order that didn’t allow him to be near his ex with the procedure of the court.

Even after he completed his time, he hadn’t gotten over their love and then harassment and then restraining order affair. He wanted to get back together with her. And the only thing that was in his way was that restraining order.

And was James Mack going to let that stupid thing stop him from doing what he wanted? No, he did what all of us were taught to do when there was a problem – not run away from it and face it bravely. And face he did, by changing his face. He literally bought a new face through plastic surgery.

The man underwent 37 cosmetic surgeries to alter his face, changed his name to Jason Monroe, and made some changes in his vocal cords to change his voice to approach his ex-girlfriend with that face. Restraining order what? It must be quaking somewhere. Modern problems do require modern solutions, don’t they?

With such an extreme plastic surgery transformation, even his ex-girlfriend could not recognize him. For her, Jason Monroe was just a handsome guy who had exactly the same tastes as her in the terms of music, movies, food, and everything.

It seemed to her like a match made in heaven, a gift from life to compensate for all she had endured. It was perfect – too perfect. And maybe that’s why she realized along the way that when everything’s too right, there’s something definitely wrong.

So, after about five to six weeks, she finally recognized him and called the police after which James Mack was arrested.

How Much Truth is There to This Bizarre Story?

Since the website story originated from World News Daily Report is a satirical one, the story is not true. The website featured two headshot photos, one of a dark-haired man and the other of a man with blonde hair, that first emerged from Facebook.

The blonde man in the photo was featured in a 2017 Men’s Journal article about plastic surgeries for men. While the image of the black-haired man is on the website of Parfitt Facial Cosmetic Surgery Center where it appears as the after photo of a man who received “male facial procedures.”

This James Mack story just turned out to be an outlandish claim by a satirical website.