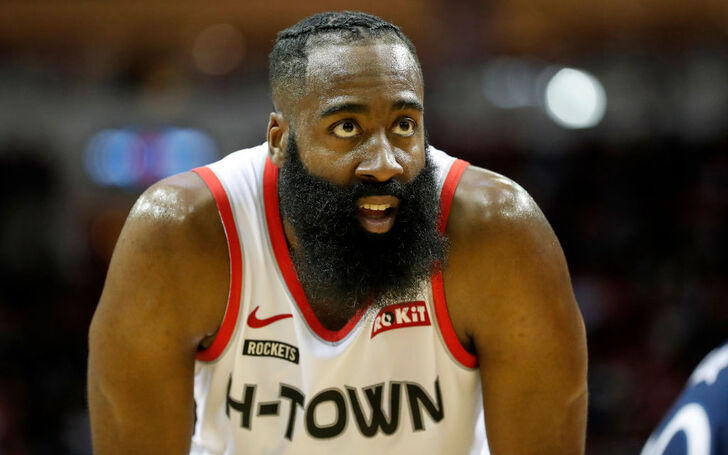 For over two months, the NBA has been halted, but James Harden has stayed busy and looks to have undergone significant weight loss.

Harden has been putting in rigorous training with his squad in Phoenix in preparation for whenever the NBA season will come back, according to a story from Kelly Iko of The Athletic.

‘The Beard’ was runner-up for MVP, and he was selected to feature on NBA Live ’18 cover. The celebrity guard has since been given the biggest contract in NBA history: $228 million for the length of four years.

And now, with the NBA season soon returning, it seems Harden’s body (and beard) couldn’t be in better shape aided by the significant weight loss.

“I’ve been doing a lot of cardio,” Harden said. “I’ve got treadmills in my houses, weights, and all that good stuff. It really hasn’t affected me like it’s affected a lot of other players.”

A week full of high-intensity sessions would be the ideal preparation for the resumption of sports. Harden wanted to work out two, three times a day, mixing in different techniques and specific drills curtailed to his style of play. The hiatus had caught him off guard, but the return wouldn’t.

Harden’s main points of emphasis in the weight room are balance, stability, and body control. Different sets of weights are used, but the goal is maintaining a center of gravity. To aid his quest for achieving balance, Harden participates in yoga and pool workouts.

How Did the Fans React to James Harden Undergoing Weight Loss?

It looks like James Harden has lost some serious lbs pic.twitter.com/bJLd53lk1P

I don't know that Harden losing weight is necessarily a good thing. One of the main reasons he is so lethal going to the basket is his size, and based on the minutes he's been able to handle in the past, I don't think stamina was an issue

I very happy to see James shed some weight, the fact that he was a little heavier probably contributed to him wearing down much sooner this season than in prior years, he couldn't beat his man off the dribble and was getting his shot blocked a ton, that not James Harden at all

Let’s see if Harden’s lighter frame following weight loss will pay off when the NBA returns as announced next month.

What is James Harden’s Diet?

NBA players, particularly the best ones, tend to keep a close eye on what they are eating. They compete on the court 82 times a year, after all — and that doesn’t include playoffs. Recently, however, the Houston MVP made news with a much less stringent diet.

Harden’s diet is generally fairly standard for an elite athlete. In 2016, however, he explained his meals to USA Today, and fans noticed the details he had gone into on his cheat food. “Ice cream sundae with warm chocolate chip cookies on top” is a lot more effortless option that the average NBA player might imagine.

Harden expanded in another explanation of his diet from Sportswallah, claiming he didn’t particularly like chips or sweets but liked “cookies, ice cream, brownies, and hot fudge sundaes.”

It’s obvious that Harden pays adequate attention to his calories and macronutrients to keep his body healthy, particularly now that he’s a GQ Cover Star! Yet ‘The Beard’ is human, and he has no fear of knowing that he likes food that tastes fine.

Elsewhere in the NBA, players bet their futures on the right diet. Dwight Howard partially attributed his Lakers resurgence this year to intermittent fasting, which helped him drop 40 pounds. Vince Carter continually puts in the work to make the 2020s his fourth decade in the NBA — the first player to do so — by sticking to a low-carb, protein-heavy diet.

In the 2017 offseason, Harden turned heads with a new look, adding 15 pounds of muscle and cutting fat from his massive frame. In the two years since then, Harden has managed to stay in great shape while still enjoying his sweets. It’s clear he’s willing to put in the work to enjoy the food he loves.

Staying in shape is paramount, but Harden wisely observed that cutting out all food for the perfect body is a fool’s errand. Steve Nash and Steph Curry have both won the MVP award twice, and no one’s accused either of them of being massively ripped.