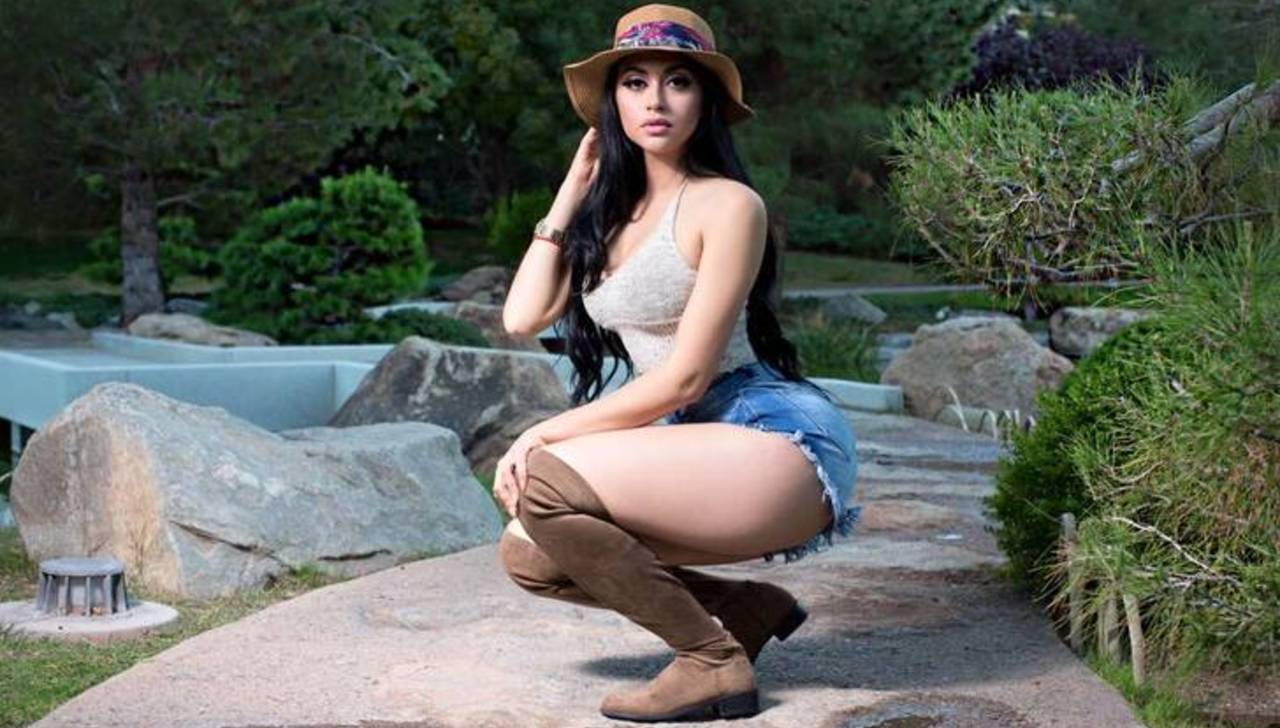 Jailyne Ojeda is a fitness model and brand ambassador who has managed to create a strong influence on social media, drawing more than 12 million followers on Instagram. She has promoted numerous night clubs in Arizona and starred in many advertisements and music videos.

When it comes to her education, she went to the Barbizon Modeling and Acting School. She is represented by the South West Modeling agency.

As for her family, Ojeda is the eldest of three kids. She’s got a younger brother named Johnny and a younger sister called Alexia Merari. Her parents are originally from Sinaloa, Mexico.

Lately, it’s not her family or career that fans are curious about. It’s Jailyne’s stunning looks and voluptuous physique that is making people question how much of it is natural.

If you happen to be such a person, we’ve got you covered with everything we know so far about Jailyne Ojeda’s alleged plastic surgery procedures. 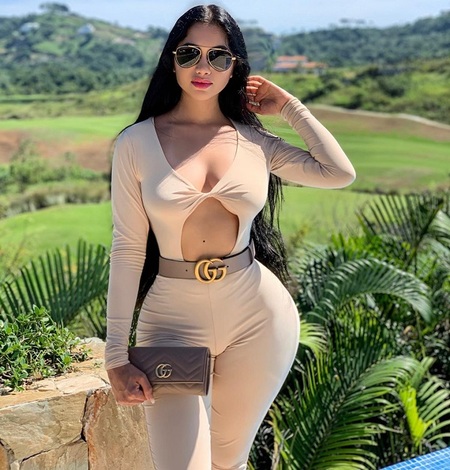 Jailyne Ojeda is the subject of plastic surgery through before and after pictures.
Source: Pinterest

Whenever you watch Jailyne Ojeda on Instagram, whether it’s her sensual clips, hot pictures, or just adorable family pics/vids, you cannot help but wonder if Jailyne Ojeda has undergone plastic surgery.

This is a fair question from anyone curious about her cosmetic enhancements. In fact, fans on the internet often search for information about her going under the knife.

To be quite honest, the details about Jailyne Ojeda’s alleged plastic surgery are non-existent on the internet. There are barely any pictures of her available before she got famous, so it’s hard to contrast her current look with her past appearance.

But do not despair; we dug deep and eventually landed into a couple of pictures that suggests she’s clearly brought artificial changes to her body. An Instagram user who goes by the username @false _beauty tried to debunk the myth surrounding Ojeda’s “natural” beauty by comparing before and after images.

She had plastic surgery at such a young age. The sad thing is that she doesn’t admit it. She keeps telling that she works out, eats clean, and uses a waist trainer ??‍♀️. Who is she trying to fool? @jailyneojeda

You can check out those pictures here.

Needless to say, there are some features about Jailyne that looks noticeably unnatural, in particular her bosoms. The 22-year-old looks to have undergone breast implants to add further sexiness to her appearance.

In addition, Ojeda has clearly performed butt implants or buttock enhancement. Her rear end couldn’t look more artificial when you consider the shape of the rest of her physique.

Also See: Hope Hicks’ Plastic Surgery is Trending But Is It True?

Besides the obvious big ones, the rest of the plastic surgery the model could have performed includes Botox injections and fillers.

We’ll fill you up with more of Jailyne Ojeda’s cosmetic changes when we derive further details. Watch this space.

Jailyne Ojeda is one of the ladies who is pretty successful on Instagram. She normally shares family postcards, sensual photographs, and several other materials that often inspire more than 12 million followers.

Recently, the Mexican model posted a video where she could be seen dressing in two high-impact dresses, but particularly one in black, which revealed her luscious rear guard while posing face down on a luxury vehicle.

Recently on 28th September, Jailyne took to Instagram to share a hot clip wearing a bikini. In the caption, she wrote:

I hope that one day we can all look back and say “Thank God I’ve made it this far and that all the problems and struggles I had just vanished away and are a part of the past.”

The model’s got the support of her family as she often shares clips with her parents. On 27th August, she shared a cute video dancing alongside her father. She captioned the upload:

TikToks with my dad are the best ?♥️ outfit from @hotmiamistyles

Likewise, Ojeda shared another adorable clip with her little brother. She captioned the post:

I embarrass @johnny__ojeda so much ? outfit from @divamodafashioncouture

One fan couldn’t help admire how cute the clip was. He/she wrote,

This is the cutest, realist, most humble, family video I’ve seen a Supermodel create. Is this “Jayleen Ojeida”, who was compared, as the “Mexucan Kom Kardashian??” Congrats! Felicitaciones, Jayleen y familia! ❤️ ? ? May much more success come to you and your crew, familia y amistades! Dios te bendiga Jayleen! Hermosa mariposa ??????

It’s fair to say Jailyne Ojeda is both sexy and adorable at the same time. The fact that her family is completely supportive of her career is quite commendable.