Jada Pinkett Smith’s Plastic Surgery: Before and After Changes Examined! 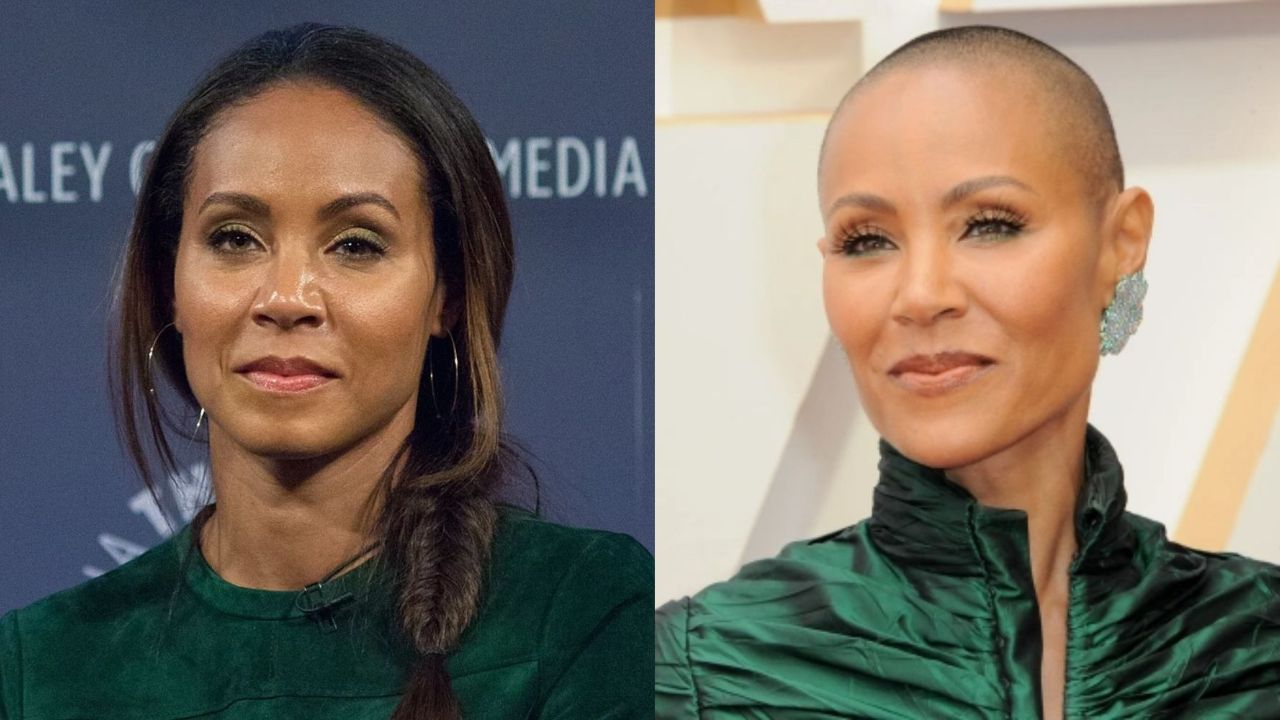 Jada Pinkett Smith is all over the internet after the Oscars 2022 slapping incident. Previously, she was accused of having plastic surgery and many fans recently wonder if she has gone under the knife. Jada Pinkett Smith has never admitted to doing any cosmetic alterations on her face. However, she admitted to having vagina surgery in her own show in 2018. Let’s examine Jada Pinkett Smith’s before and after changes.

In 2018, Pinkett Smith began co-hosting the Facebook Watch conversation show Red Table Talk, for which she received seven Daytime Emmy nominations. Time magazine named her one of the world’s 100 most influential in 2021.

Jada Pinkett Smith started her musical career in 2002 as a member of the heavy metal band Wicked Wisdom, where she performed and created songs. Pinkett Smith and Will Smith have been married since 1997 and have two children together: son Jaden and daughter Willow. She is also the stepmother of Trey Smith, Smith’s son from his previous marriage.

She also runs a production company with her husband, Will Smith, and has produced films, documentaries, and television series.

Jada has lately been a hot topic all over the internet, not least for the Oscars incident. And some fans have even accused her of having plastic surgery before. Let’s discuss if she has undergone any plastic surgery in her career.

Previously, we touched on the plastic surgery efforts of Johnny Rzeznik and Tara Jayne McConachy.

Jada Pinkett Smith’s Plastic Surgery: Admits Having a Labiaplasty But Denies Every Allegation Made on Her Face!

Jada Pinkett Smith has been regarded as a beauty icon since she came to stardom in the 1990s. Her glowing skin, lovely smile, and youthful appearance have wowed fans and sparked a rush of inquiries about how she obtains her look. That is why fans wonder if she has ever undergone any plastic surgery.

However, Jada Pinkett Smith has never revealed whether or not she has had plastic surgery. She admitted to getting steroid shots to aid with hair loss in a 2018 interview with TODAY, but she argued that her young appearance comes from eating right, exercising, and drinking water.

Even so, there have been allegations that Pinkett Smith has had fillers on her face, particularly around her cheeks. Dr. Anthony Youn (who has never worked on Pinkett Smith) spoke to Radar Online after she was pictured in 2012 while promoting Will Smith’s Men in Black 3. He said:

The Hawthorne star appears to have returned to the hospital for a little plastic surgery, causing her cheeks to look plumped up. I suspect that she’s undergone injections of fat into her cheeks, possibly taken from her buttocks. It’s also possible that this dramatic change in her appearance is due to surgical augmentation with solid silicone cheek implants.

Jada Pinkett Smith (@jadapinkettsmith), however, declined to clarify whether she had undergone any treatment, according to The Daily Mail at the time. While some believe her appearance has changed, one thing is certain: Pinkett Smith looks fantastic.

On the other hand, Smith admits to having labiaplasty, a cosmetic operation that refreshes the appearance of the vagina, during an episode of her Internet show Red Table Talk in 2018.

In addition to giving the vagina a more youthful appearance, labiaplasty can help with difficulties including dryness, unpleasant sex, and stress incontinence, which can lead to a person urinating by mistake while performing certain physical activities.

In the aftermath of the Oscars incident involving her husband Will Smith and Chris Rock, Jada Pinkett Smith has spoken out. Smith stormed the stage at the ceremony on March 27, slapping Rock and screaming, “Keep my wife’s name out of your f&&&ing mouth!” from his seat.

The incident began after Rock, who was presenting an award, made a joke about Jada Pinkett Smith’s shaved head, referring to her as GI Jane 2. On social media, the actress has been open about her alopecia, joking in December that she would decorate a new bald area with rhinestones. Following Smith’s public apologies, Pinkett Smith has finally expressed her thoughts on the subject.

In a brief Instagram post, the actress mentioned a “season for healing”, apparently referring to the Oscars event. Jada Pinkett Smith didn’t provide a caption with her post and limited who could and couldn’t leave comments.

Rock has yet to make a public statement about the incident at the Oscars or Smith’s apologies. However, tickets for his next comedy concerts have reportedly risen as a result of Sunday’s events.

TickPick, a live event ticketing platform, announced on Monday that it had sold more tickets the night before than it had in the previous month combined.