Heidi Montag Before and After Plastic Surgery: The 36-Year-Old Actress Looks Much More Younger Now in 2022! 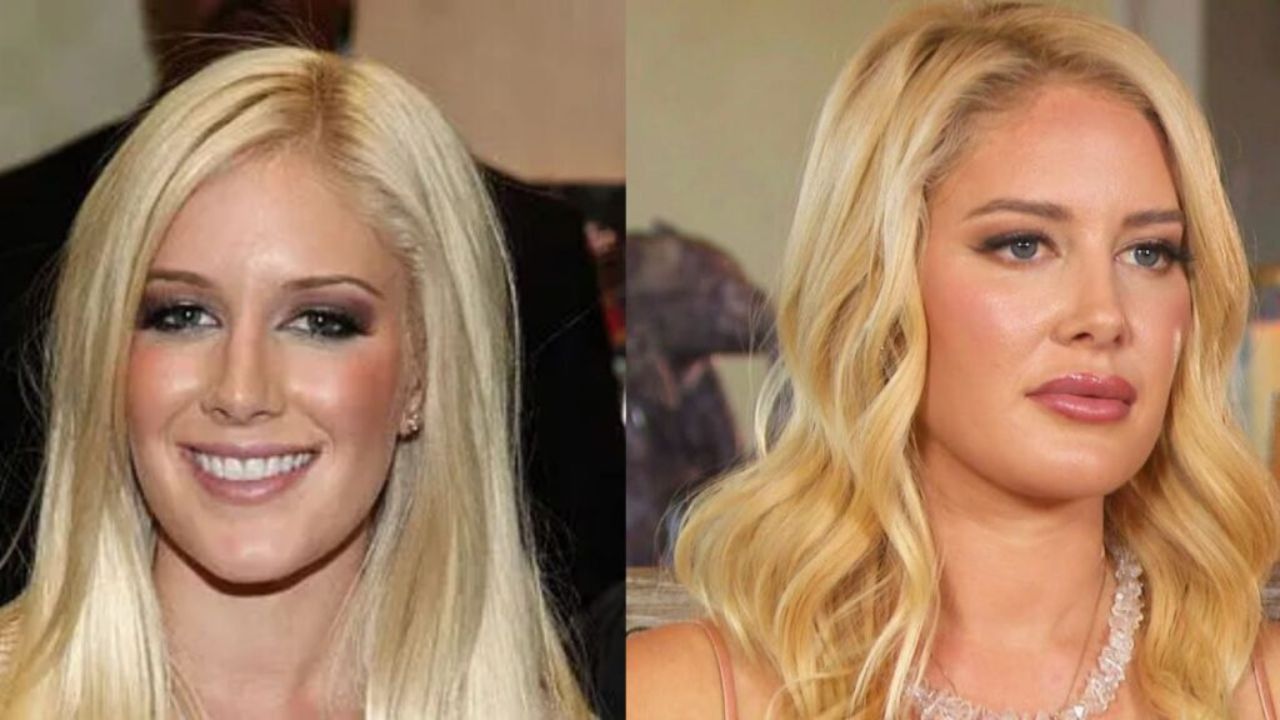 Heidi Montag, the star of The Hills, is known for having plastic surgery at the young age of 23, and many online allege that the actress looked quite different before and those cosmetic treatments transformed her appearance drastically. The celebrity revealed in 2010 that, at the age of 23, she had undergone 10 body-altering procedures in one day, including a chin reduction, brow lift, and Botox injections. According to fans online, she appears drastically different now in 2022 when looking at her before and after pictures.

Heidi Montag is a television personality, author, fashion designer, and singer from the United States. Montag rose to fame with her role in The Hills, an MTV reality television series, and quickly became a figure on the Hollywood gossip circuit. She has always been in the middle of controversy, living the highs and lows of being a star. She and Lauren Conrad, her longtime friend, and co-star on The Hills, engaged in a highly publicized rivalry that brought both of them popularity on the program.

Montag was also criticized for having ten cosmetic surgery procedures done in one day. She is a vocalist in addition to being a reality TV personality. She has experienced significant financial losses and has not had much success in her singing career. She was once again ridiculed in the media for investing millions in her failed pop music career.

As a two-time contestant on Celebrity Big Brother, it appears that she will go to any length to gain media exposure! She even filed for divorce from her husband Pratt in order to advance her career! She also has written a book with her husband, leveraging her popularity as a reality TV star.

After giving birth to her second child with her husband, Pratt, she is in the spotlight among people online as they are concerned about her appearance. They claim that the actress appears drastically different and wonder how she appeared before plastic surgery procedures. Read this article to know all about Heidi Montag’s plastic surgery procedures.

In case you’re interested, have a look at the plastic surgery efforts of DJ Pauly D and Courtney Hansen.

Heidi Montag Before Plastic Surgery: Online Fans Claim That the 36-Year-Old Actress Is Almost Unrecognizable in Her Before and After Pictures!

The Hill‘s star  Heidi Montag (@heidimontag) is known for undergoing plastic surgery at the very young age of 23 and fans online claim that the actress appeared very different before plastic surgery and that those procedures changed her appearance very drastically. At the age of 23, the star disclosed in 2010 that she had undergone 10 body-altering surgeries in one day, including a brow lift, chin reduction, and Botox injections. Heidi Montag and her husband, Spencer Pratt (@spencerpratt), have spoken out about her devastating recovery from major cosmetic treatments a decade ago.

Her parents’ home in Colorado, where she had a spate of cosmetic procedures in 2010, involving breast augmentation, a nose job, fat injections in her face, a brow lift, and chin reduction, among others, and her before and after pictures prove the procedures. The reality star’s makeover became a significant plot point on the popular show. In an interview with Entertainment Tonight, Heidi claimed that she does not enjoy going back in time. Her drastic transformation increased her recognition, but she admitted it was challenging and alienated her from the rest of her co-stars.

Montag, 36, now has a radically different perspective on the many surgeries she endured at such a young age. In a recent episode of The Hills: New Beginnings, she and Pratt discussed her prior surgeries, and she went into even more detail during an interview with Cosmopolitan. In the interview she stated:

I was way too young to make such a life-changing decision, and was under so much pressure because it was the beginning of comment sections and negativity and hate on the internet.

She claims that she underwent plastic surgery after she developed body dysmorphia due to people pointing out defects in her body and that she adopted extreme measures to appear beautiful. Montag claimed that the couple experienced a terrifying period following her operation. She claims that while she was recovering, her heart briefly stopped. She stated:

I died for a minute. With that much surgery, I had to have 24-hour nurse care and Spencer didn’t want to leave my side. … My security guards called Spencer and told him, ‘Heidi’s heart stopped. She’s not going to make it.’ And I easily could’ve. Cutting yourself up isn’t something I’d recommend.

So, it is sure that the actress is willing to go to extreme levels to achieve that perfect look, however, fans online claim that the actress looks very different and appears almost like a different person in 2022. Fans online are also very concerned about the actress’ mental and physical well-being and urge her to not put herself in danger by going under the knife.