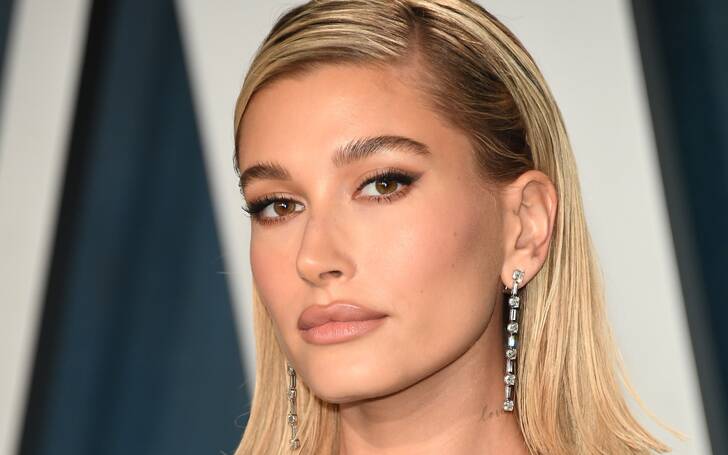 You can get a great glimpse into the minds of celebrities on the basis of how they react to any passing dispute and tabloid story.

For instance, Hailey Bieber is apparently unfazed by her husband’s tendency to talk very publicly about their frisky marital sex life. But when a stranger speculates that she was having plastic surgery? She is having none of it.

In May 2020, the 23-year-old model slammed an Instagram account that hinted that some work had been done. And now she wants to prosecute a Beverly Hills cosmetic surgeon who proposed the same thing.

Hailey and Justin Bieber are preparing to seek legal action against a cosmetic surgeon over comments made in a TikTok video regarding the actress.

He instructed followers to pay “special attention to the nose” and contrasted Hailey ‘s pictures from 2011 and 2016.

He also indicated that Hailey had skin-tightening operations, jaw contouring, genioplasty (repositioning or reshaping the chin), and filling of her cheeks and eyes.

“What do you think? Well, I’ll tell you what I think. I think it’s physically impossible without getting a little bit of help from someone like myself to go from this picture to that picture,” he says in the video after comparing photos of the model.

According to the outlet, the cease-and-desist letter adds: “These flagrant and conscious infringements of our clients’ rights constitute a number of violations including, without limitation: misappropriation of name, likeness, image and persona for commercial purposes, misrepresentation, defamation, slander, false light, violation of rights of publicity, copyright infringement, trademark and service mark infringement, unfair competition, dilution, and interference with our clients’ contractual obligations to third parties.”

Justin and Hailey would like Barrett to issue a formal statement retracting his accusations against Hailey and deleting any tweets involving unwanted ties or materials belonging to the pair.

The letter further warns Barrett that he is liable to “statutory damages for each willful infringement.”

Has Hailey Bieber Had Plastic Surgery?

Hailey Baldwin spent her childhood in the constant spotlight before she met Justin Bieber and grew up in front of our eyes. Yet the beautiful image of the supermodel is entirely her own and has refuted any reports that she has undergone plastic surgery.

Meanwhile, Dr. Daniel Barrett informed the tabloids he stands by his claims and has no plans to remove his TikTok video.

“The purpose of my TikTok account is to increase the transparency of plastic surgery and to educate people about plastic surgery,” he said in a statement to the outlet.

“The purpose of the video was not to disparage Hailey Bieber in any way, the purpose of my video was to share my opinion about the procedures that I believed she may have had done based on photos alone. This is at the request of many of my viewers who follow me for this type of information and for my opinion.”

The plastic surgeon doctor made a video after Hailey had replied to someone on Instagram who claimed she has had plastic surgery.

“I’ve never touched my face so if you’re gonna sit around and compare me at 13, and then at 23, at least use a natural photo that wasn’t edited so crazy,” Hailey wrote on Instagram.

Hailey has also told PEOPLE that she has not had lip fillers and that her fuller pout is due to genetics.

“I’m lucky to have full lips, and I have the same lip shape as my grandma,” she told the magazine before adding, “I like to accentuate the puffiness.”

“People always think that they’re not [natural], but look at my baby photos! They look the same.”

The blonde beauty has also revealed that when it comes to makeup, she prefers a natural look.

“I’m always about a natural beat. If I’m doing a beat, it’s a natural situation. For me, less is more,” she said.

“There are some girls when they have a full contour, they look amazing and their face can handle that. But, as I got older, I learned my face and my skin and realized that a full contour is not right for me and doesn’t look right for me.”

It’s fair to say Hailey Bieber is anything but pleased about the plastic surgery accusations.