Geena Davis’ Plastic Surgery in 2022: How Does the 66-Year-Old Actress Look So Young? Now & Then Pictures Examined! 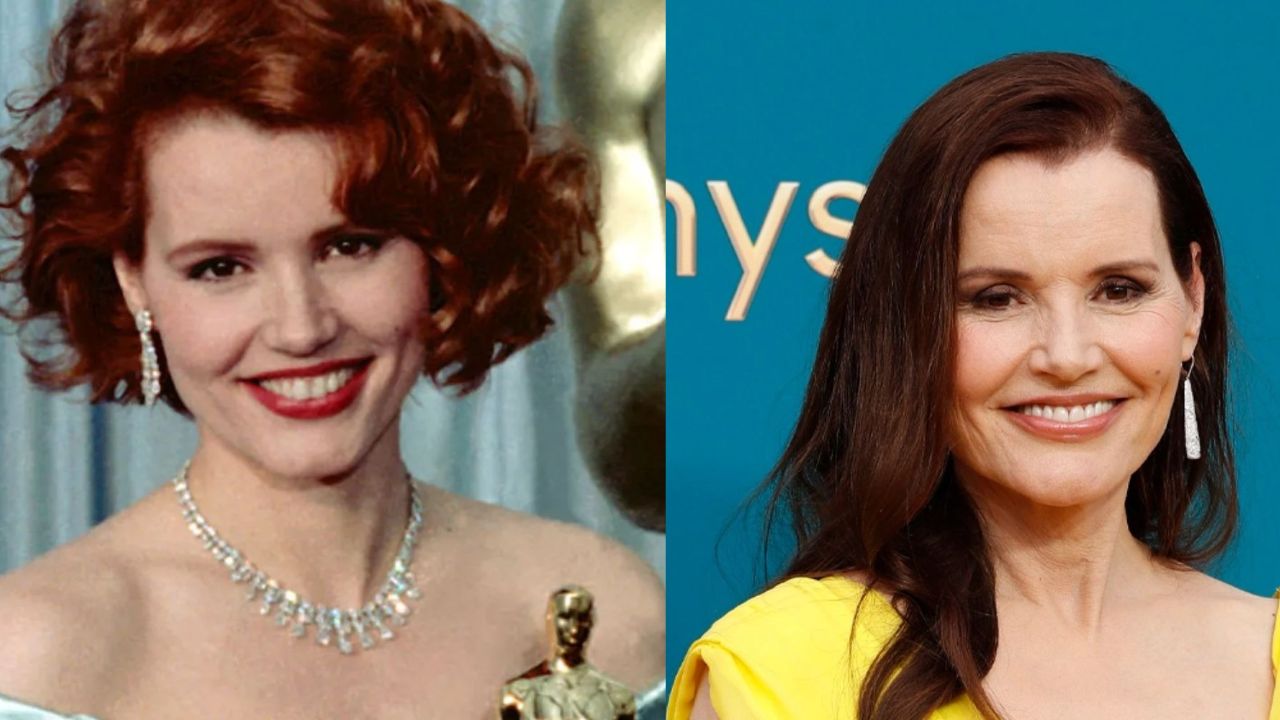 Geena Davis has frequently been accused of undergoing plastic surgery procedures like Botox, fillers, nose jobs, and breast implantations. While she has previously admitted to applying Botox for a younger appearance, she declines the rest of the allegations. As of 2022, she is 66 years old but people believe she looks as if she is in her 40s when compared to her now and then pictures.

Geena Davis is a well-known American actress, producer, writer, and women’s rights campaigner. She has won praise from critics for her appearances in television serials of many genres in addition to her varied roles in Hollywood. She worked as a fashion model and competed for the Olympic Women’s Archery Team in the semifinals before switching to movies.

She moved to New York City to begin her acting career after receiving her Boston University Drama degree. She struggled there and eventually took on various odd jobs before breaking into acting. Before making her film debut in the 1982 film Tootsie, she had a successful modeling career. Additionally, she had appearances in numerous television series. She later enjoyed a very successful acting career and won the Oscar for her performance in the film The Accidental Tourist. Her performance in a television drama series earned her The Golden Globe Award, as well.

Recently, Geena Davis released her memoir titled Dying of Politeness. As soon as the book got released, she is making the headlines as she mentioned her dispute with Bill Murray and how he harassed her during the set of Quick Change. Similarly, a lot of fans have been wanting to know about her appearance as they believe she might have undergone plastic surgery to enhance her beauty. Well, let’s find it out.

Previously, we touched on the plastic surgery efforts of Rebecca Morijn and Lace Morris.

Geena Davis’ Plastic Surgery in 2022: The 66-Year-Old Actress Looks as Young as Someone Who Is in Her 40s; Now & Then Pictures Examined!

Geena Davis has forever been accused of undergoing plastic surgery because of her appearance. She looks stunning even now at the age of 66 and some people believe her looks fully depend on the treatments she follows. They believe she has undergone treatments like Botox, fillers, nose job, and breast implantation.

Some are renowned for their fantastic presence, while others are known for their glamour and attractiveness. Surprisingly, Geena Davis has it all. She is gifted in many aspects and has a natural beauty. Before she turned 50, her vibrant, young face was still there. At this point, all the suspicions and conjectures regarding her plastic surgery began to circulate.

Furthermore, given that Geena Davis was previously married to a plastic surgeon, the rumors won’t go away easily. She is, as far as we can tell, getting hotter and hotter even at the age of 66. And we find it fascinating to learn her beauty trick.

As Davis-related rumors spread like wildfire, a lot of fans and plastic surgery professionals expressed their opinions. Rumors about lip injections have spread widely through blogs and magazines. However, it is difficult to accept that Geena Davis’ lips have changed. She had gorgeous big sensual lips before, which evidently keeps us divided.

For fuller lips, several celebrities use lip fillers. Geena Davis ought to be appreciative of her naturally large, seductive lips. She must have tried facelifts and Botox injections to improve her appearance. Although the usage of lip injection cannot be confirmed, it appears to be real. She is 66 years old, which makes it impossible for her to have facial wrinkles. You should carefully examine the before and after pictures to determine whether she underwent facial plastic surgery. Her access to facial procedures must have been made simple by her husband’s profession as a plastic surgeon.

Additionally, there are rumors that Geena Davis has had a nose and boob job when compared to her now and then pictures. She immediately denied the claims, claiming she has never thought about getting breast implants or changing the shape of her nose.

As of 2022, Geena Davis has not spoken about her physical appearance, despite the fact that stories about her are flying about quickly. She has never made such disclosure in public regarding facial reconstruction or other operations. We might be able to notice more changes in her face as time passes. She has an intriguing quality in that, after spending a whole day staring at her, you would not be able to tell that she is aging.

However, she did admit to using botox on her face. In the end, Geena Davis was a stunning woman even before these plastic surgery claims began to surface, and if it turns out that all of these claims are true, then we can be certain that she did not get the surgery merely to improve her appearance but also for the sake of her profession.