Diego Maradona’s Weight Loss & Health Issues Prior to His Death 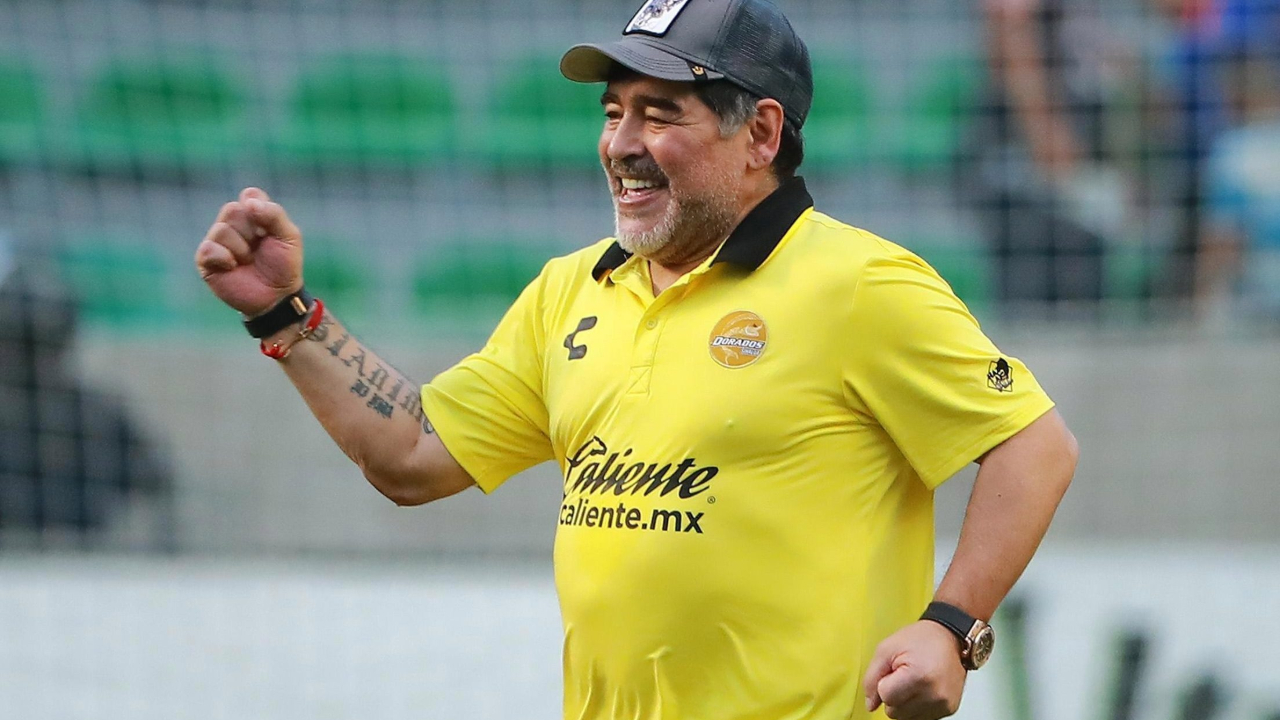 Learn the complete details of Diego Maradona’s weight loss & health issues, in particular brain surgery, prior to his death due to a heart attack.

Diego Maradona, an Argentinian who became a global icon as one of the best soccer stars, playing with a swashbuckling skill and lavish influence while leading a personal life fraught with drug and alcohol addiction and health issues, died on 25th November 2020 in Tigre, Argentina, Buenos Aires Province. He was 60 years old.

His representative, Sebastián Sanchi, said the cause of death was a heart attack. Maradona had undergone brain surgery a few weeks earlier.

Diego Maradona was discharged from Buenos Aires Hospital on 11th November, merely a week after he underwent brain surgery.

He then began his recovery in a private home. The video transmitted by local TV stations revealed Maradona departed from the Olivos clinic in an ambulance.

Diego Maradona before and after weight loss.
Source: Weight & Skin

The football icon’s doctor, Leopoldo Luque, told the reporter she had approved his release.

Maradona’s counsel, Matias Morla, said the 60-year-old Argentinian would continue to be treated for alcohol abuse. He was expected to stay in the house alongside his daughters.

Diego had major surgery for a subdural hematoma, a collection of blood outside the brain. It is most often the result of a severe head injury.

Maradona’s private doctor, neurologist Leopoldo Luque, said even a slight amount of alcohol intake may have harmful effects in tandem with the medications Maradona requires for rehabilitation.

The former Napoli star had a lot of trouble with addiction. Morla said the operation was arguably Maradona’s “toughest moment.”

It (brain suregery) could have taken his life. What he misses now is the union of his family, being surrounded by health professionals.

Morla asked friends and family of the retired footballer to stop sharing derogatory comments about each other on social media, suggesting the infighting is hurting the Argentinian legend.

The situation here is clear: being at peace with the relatives. They have to respect each other, coordinate the visits among themselves because in this case, Diego has to recover. … One has to give him peace and give him unity.

Maradona was first taken to some other clinic in La Plata with depressive symptoms, anemia, and vomiting before heading to Olivos after hematoma was identified.

Dr. Luque said an injury potentially triggered a subdural hematoma, but Maradona did not remember any spills or missteps.

Maradona felt sick on 30th October while coaching the first division squad Gimnasia y Esgrima. He departed before the end of the first half, prompting concerns about his wellbeing.

It turns out the footballer underwent significant weight loss during the last phases of his life.

Diego Maradona Passed Away at the Age of 60

The Argentine soccer great Diego Maradona passed away on 25th November 2020. He was 60.

Maradona led his nation to incredible World Cup success in 1986. His performance in Mexico is widely regarded as one of the best in history and he was subsequently awarded the “Golden Ball” for being the best overall player in the tournament.

Never forget this goal in the 1986 World Cup.

He netted five goals in the competition—including a contentious quarter-final goal against England that was a blatant handball. Since then the goal has been dubbed the Hand of God.

His legacy was tainted by his drug addiction and a poor spell in charge of the national team in 2008, but he retained his iconic status in soccer-mad Argentina as “Pibe de Oro” or “Golden Boy.”

Later in his life, Maradona suffered from substance abuse and obesity, before he opted for gastric bypass weight loss surgery helping him lose over 100 pounds in the process.