Did Zac Efron Get Plastic Surgery? The Untold Truth! 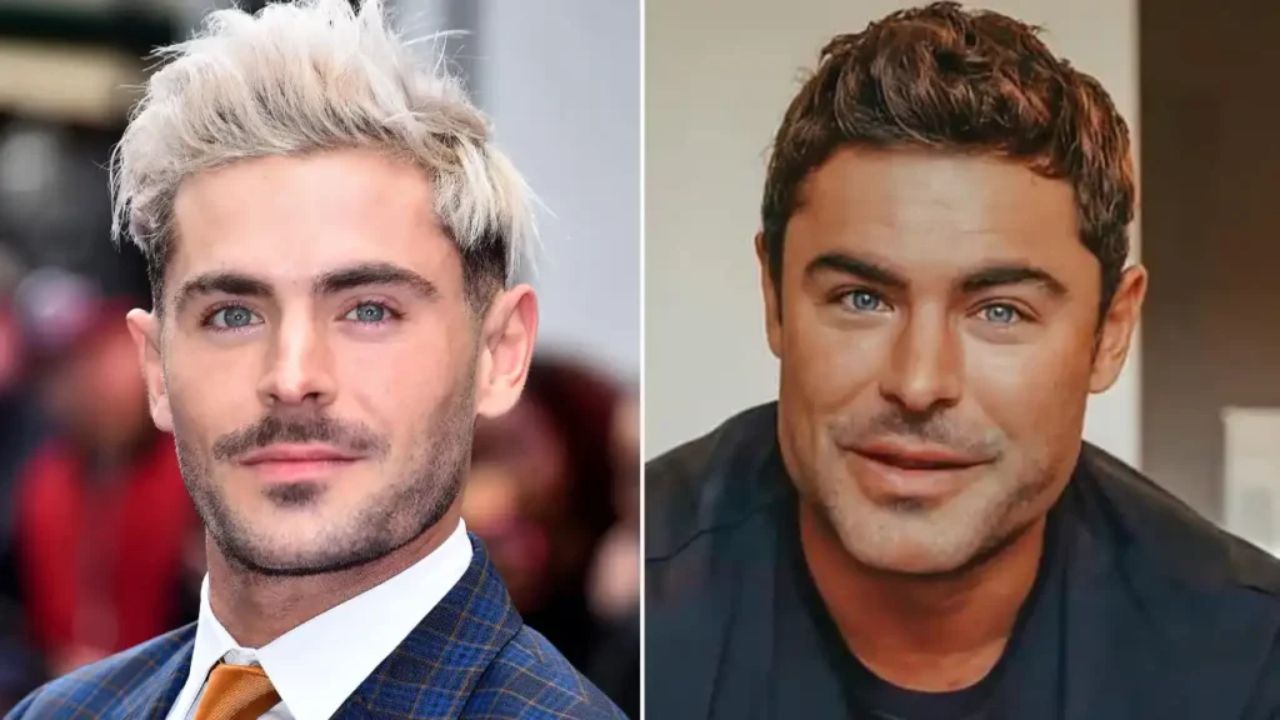 Zac Efron getting plastic surgery started to make rounds when he looked noticeably different while taking part in Earth Day 2021. Since then, fans have been curious to know more about Zac Efron’s plastic surgery, so here’s everything you need to know about his cosmetic changes.

Zac Efron portrayed Ted Bundy in the movie Extremely Wicked, Shockingly Evil and Vile (2019). In 2021, he was nominated for a Daytime Emmy Award for his work on the Netflix web documentary series Down to Earth with Zac Efron (2020–present).

Previously, we touched on the plastic surgery efforts of Charlotte Flair and Jack Harlow.

In the event of Facebook’s Earth Day in 2021, fans saw Zac Efron‘s new and perfect macho face. However, the change in Zac’s appearance is unsurprising, as he has been changing his appearance frequently from his high school musical days as a blonde man to a rugged mountain man to sweet little Zac. However, since 2013, stories of Zac’s plastic surgery endeavors have circulated.

Fans observed that Zac Efron (@zacefron) was seemingly presenting a new appearance and a jaw-dropping new look at that. Although there is no evidence that Zac has had any plastic surgery, the well-known fitness enthusiast, who has had various bodily alterations throughout his career, has certainly gotten people talking.

Zac Efron’s plastic surgery, as assumed by his fans, brought mostly negative feedback, and some of his fans were enraged because he had a flawless face and wondered if he was suffering from mental illness or if it was a side effect eating disorder. As some fans have speculated, he was acting under the influence of a Hollywood celebrity, and he wanted to seem new and different, which is why he underwent surgery.

Although it is an unreal face, some people have blamed the surgeons because he had severe swelling on his face and underwent unfavorable surgery. As soon as his new face made the rounds, people began to compare him to the handsome Squidward, and he started to ruin his face.

Although there are no wrinkles and he still has that vibrant and glossy face, he may have had some fillers and botox.

When it comes to Zac Efron’s face, several surgeons have given their opinions on the procedure. Renowned plastic surgeon, Dr. Youn also talked about Zac as everyone has been gossiping about his strange face lately, and he commented that he thinks Zac should have dental surgery rather than plastic surgery, pointing out that the reason for the swollen jaw and mouth is to remove wisdom teeth.

The actor has never cared about reports of bad responses to his post, and he is no longer concerned with being at the top of his game.

During a jog on the beach, the 34-year-old actor, Zac Efron flaunted his incredible six-pack before enjoying a sandy stroll with his friends, displaying his own washboard while wearing blue swim trunks, a dark baseball cap, and flip flops.

According to an eyewitness, the celebrity takes photos of the coastal scenery in between surf sessions, but this isn’t the first time we’ve seen Zac shirtless; he’s not afraid to share a photo or two on Instagram to keep us all up to date on the results of all his hard work at the gym. He stated;

There’s a lot of these you just don’t want to train you just have to get up and just have that part of your brain go get to it and you roll out of bed and I’m pretty setup, I have a gym in my garage but it’s fun to push it to the limit.

And his co-stars are also inspired by his passion. His Baywatch co-star, Alexandra Daddario (@alexandradaddario) stated that he has more than humanly possible abs.

The Baywatch star is so committed to staying in shape that he launched a digital series called gym time in 2019.