Demi Lovato’s Weight Loss 2022: Then and Now Pictures Along With Diet and Workout! 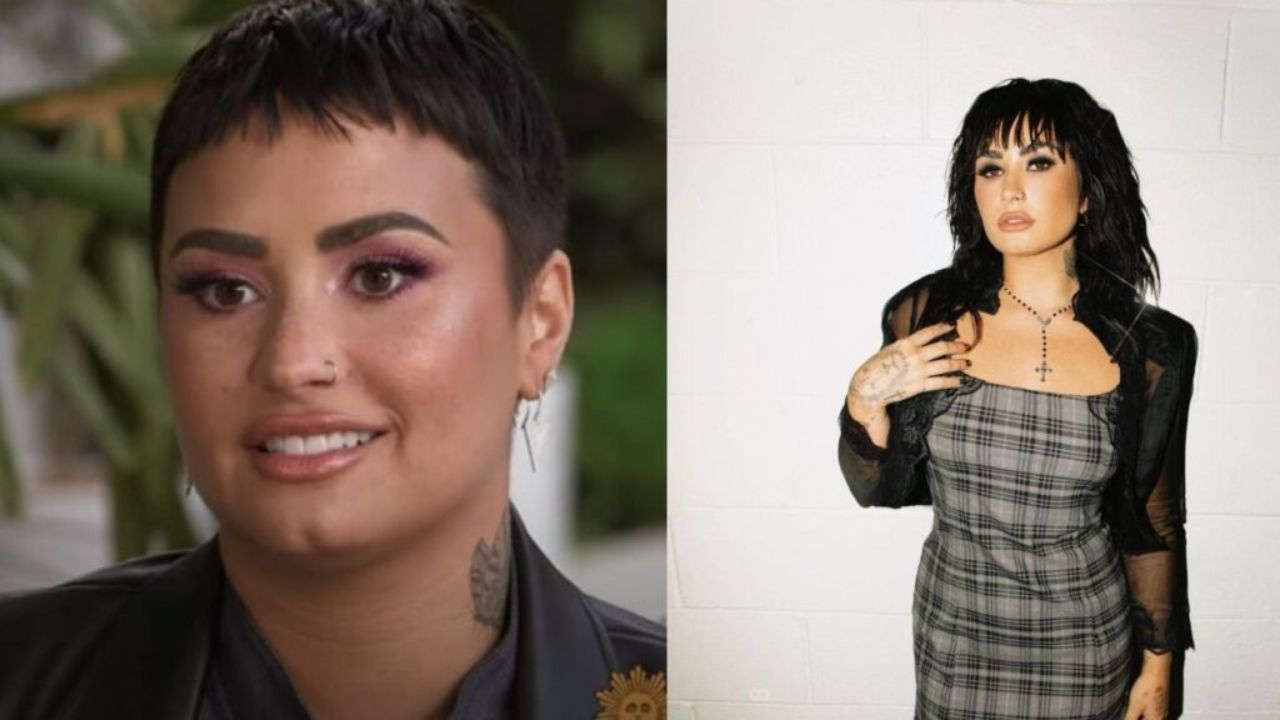 Demi Lovato, a musical sensation who first appeared on the big screen in Disney‘s Camp Rock, is no stranger to the world. With her powerful voice and endearing charisma, Lovato hasn’t failed to wow the audience with her hit singles Sorry Not Sorry, Here We Go Again, Heart Attack, and many more.

Since she transitioned from a Disney star to a pop queen, there is a lot to speak about the celebrity, but right now, everyone is talking about her appearance. It has become intriguing for her audience to talk about how Lovato’s figure has changed over time from a thin Disney girl to an overweight pop artist to now a healthy artist. Here’s everything you need to know about Demi Lovato’s weight loss.

Previously, we touched on the weight loss efforts of Ariana Grande and Danielle Brooks.

Demi Lovato (@ddlovato) had a fallback in her life when she was consumed with the darkness of her mental health issues. It was during that time, that the former Disney star gained a shocking amount of weight and had no control over her own body. Demi Lovato’s weight gain was once the talk of the table, however, turning the table, Demi’s weight loss is just as intriguing.

Demi Lovato didn’t take long to come to the conclusion that it was time to get things under control. The pop star believes that after going from being almost obese to on the road to weight loss, her recent weight loss has left her feeling “calm, tranquillity, pleasure, and love.”

In an Instagram video, Lovato said that she had “unintentionally lost weight,” but unlike in the past, the weight loss was the result of her recently experiencing better emotional and physical health.

Demi Lovato acknowledges once more that her eating habits and exercise habits have not always been healthy, which has caused her to gain a significant amount of weight. She also believes that her current weight loss is linked to her mental health.

In an episode of the Pretty Big Deal podcast hosted by model Ashley Graham, Demi Lovato acknowledged frequenting the gym. She described her routine of eating a meal and then exercising. However, because it was forced, she didn’t view this as liberty or happiness. The celebrity added that she wasn’t moving forward at the time.

In order to reset and go get oneself into a healthy place with fitness, Lovato said she took time away from her training schedule. She told the Teen Vogue Summit, “I took the month of October off the gym to embrace my body as it is naturally.”

One of Demi Lovato’s major problems was the unnecessary pressure she had to face because of her team. She disclosed that she had let go of crew members who had been pressuring her to eat and look a certain way.

“If I was in my hotel room late at night, they would remove the phone, preventing me from calling room service. Alternatively, if there was fruit in my room, they removed it because it had more sugar,” the star shared in an interview with Ellen DeGeneres. The singer of Sorry Not Sorry stressed how disastrous it could be to try to control someone’s meals while they are recovering from an eating issue.

Demi Lovato has previously been candid about her battles with eating disorders, but she insists that her most recent weight loss is a result of her better mental health.

“I’ve stopped counting calories. I, no longer over-exercise. I don’t limit or eliminate anything. And I, in particular, don’t live my life according to diet culture…and I’ve really lost weight as a result,” she wrote in the caption of her Instagram video getting candid about her journey.

In an interview with Insider, Demi said, “I get bored doing yoga and treadmill running, or even running outside. That bores me to tears. And those are the things that feel like punishments to me, like pushing yourself to use a treadmill or an elliptical machine in the gym.”

As for what the celebrity presently enjoys, the singer of the song “Confident” has found strength and comfort in combative exercises. She is a blue belt in jujitsu and also does boxing and Muay Thai.

However, the process of losing weight wasn’t as simple. She made a point of describing how she would sometimes exercise excessively and other times not enough. She said how it’s an ambiguous space that she required for the necessary change.

During her rehabilitation, she used to work out two to three times every day. She also revealed how she then saw that although she wasn’t fully engulfed in her eating disorder at the time, she was on the verge of it. Demi exclaims that it’s a process of learning and she is also on the path.

Additionally, Lovato has never been afraid to speak out about her recovery from an eating issue and to criticize diet culture for its negative effects on mental health. The artist utilized Instagram Stories and posts to urgently remind people that comments about weight, even those that are meant to be kind, can have terrible repercussions.

Demi Lovato is an outspoken A-list celebrity who frequently shares body-positive photos on social media and even calls attention to her flaws as a form of self-love. In addition to making life better for herself, Lovato is an inspiration to many who battle eating disorders, addiction, and mental health disorders.

However, recovery is a lengthy road, as anyone who has battled similar challenges knows, and Lovato’s approach incorporates a healthy relationship between fitness and weight loss.