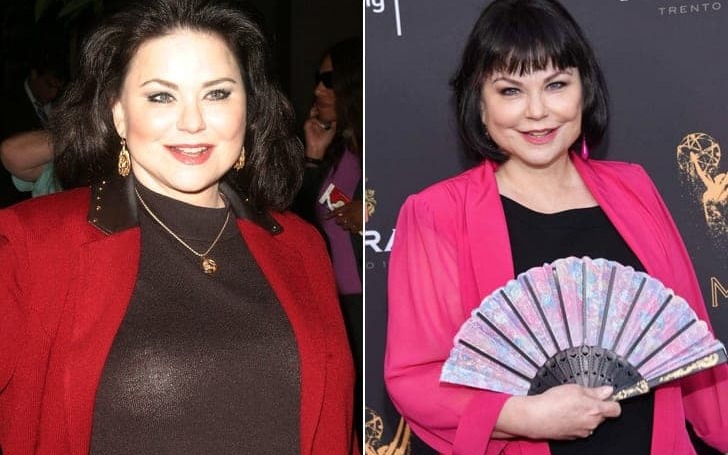 There have been several stars who have dealt with weight issues in the public spotlight, but the first female icon to actually go through the media ridicule was Delta Burke.

Burke played her most famous part to date in 1986 when she starred on the comedy “Designing Women” as Suzanne Sugarbaker.

During the show, Burke’s weight became a major topic of discussion. Throughout the series, it became clear Burke had packed on a significant amount of pounds, encouraging weight loss on her part.

Tabloids were all over Burke, suggesting it may have been her rising weight that forced her tenure in the show to come to an end during the fifth season.

As a youthful and charismatic 20-year-old lady, Delta Burke always strived to maintain a fit and healthy physique. She used several meals and workouts to retain her sexiness. Many feel this is what ultimately became the source of her illness.

When the actress departed from Designing Women in 1991, her weight was 215 lbs, believed to be slightly too high for the beauty queen. She set her mind to pull herself together with a proper diet and exercise, and eventually began the journey of weight loss.

By the year 1998, Delta experienced a downturn in her life. She was reluctant to perform and hardly ever appeared in public. Deep and debilitating depression was awaiting her around the corner.

Everything seemed to come crashing down in her life, from the demise of her beloved pet to cancer diagnosis on her mother, culminated by the loss of her grandmother.

As a means of escape from the piled-up misery, Burke planned to create a women’s clothes brand for plus-sized women. But her health held her back again.

When she tried to appear slim and attractive, diabetes came knocking and did not let her achieve the desired results. To fully dedicate herself to medication, the dream of developing clothes also had to be put on hold. Around the same period, her mother needed extra care due to breast cancer.

I was on the road a lot. I was tired. My body didn’t feel right. I knew something was wrong, but nobody could tell me what. They said I had Epstein-Barr. I knew it was something else. Then one doctor did the right tests and told me I had diabetes.

During the toughest period of her career, Delta Burke shed 20 pounds. The specialist advised her if she didn’t dedicate time and attention to herself, she would inevitably have to take drugs to keep her body alive.

This worried her tremendously, and she began creating a diet plan for herself, tracked blood sugar rates, and regularly checked them, as she took steps to achieve weight loss. Delta reveals:

My doctor told me I would end up on insulin if I didn’t get my blood glucose under control. That scared me enough to take action. I began a stringent eating program and tested my blood more often. That’s when I got better control of my blood glucose. I also lost 20 pounds, which helped a lot.

I was telling myself that I was a bad person because I couldn’t lose weight fast enough. I decided to stop beating myself up and started to give myself credit for maintaining weight.

A decent amount of weight loss upon dropping 20 pounds, no doubt, made life easier for her.

#HappyBirthday to #DeltaBurke, who starred as Suzanne Sugarbaker in the CBS sitcom #DesigningWomen, born this day in 1956. pic.twitter.com/vMupVKhK26

Since dealing with weight gain, depression, and type 2 diabetes, actress Delta Burke discovered comfort in being herself.

Despite all this, Delta showed that nothing — not her weight struggle, her continued battle with depression, even her diagnosis with diabetes — could hold her back. “I’ve bounced back from it all,” she says confidently.

Burke is a lightweight 150 pounds today. Gone is the mellifluous Southern bell accent that characterized Suzanne Sugarbaker. What we’ve got now is the genuine Delta Burke speaking about diabetes directly from her heart.

Gladly in charge of her health, Delta, 64, drove the national Byetta Let’s talk initiative. The goal: to help spread the message that awareness and interaction are the keys to helping people control their diabetes. She notes it’s just about inspiring people to continue thinking. “You have to learn about what’s going on with you.”

Do Not Miss: American Singer Jennifer Holliday’s Weight Loss – Details of Her Surgery!

Delta says she discovered how crucial it is to find a professional you can trust — one who can take the time to clarify. And she acknowledges the path to diabetes regulation is sometimes frustrating. She notes there is many stuff you’ve got to do, and it’s a lot of digging, so it can be tiring, and you just have to stick with it.

What is Delta Burke Up To These Days?

I didn't see people post this but I needed y'all to see Delta Burke at the Creative Emmys with her husband. pic.twitter.com/rC8IWc2Uvt

Delta Burke currently resides in Los Angeles with her mum, now a survivor of breast cancer, and her husband, actor Gerald McRaney. Delta praises him for providing the right guidance to navigate the dark times in her life successfully.

He’s been great. It didn’t matter to him how fat I got. He reminds me of what I should be doing or shouldn’t be eating. He likes to give me my shots and says it makes him feel like he’s taking care of me.

Meanwhile, Delta’s road to sound health has been bumpy.

Sometimes I would get obsessive about testing, then realize I didn’t need to test that much. She has also had to learn about portion control and which foods work best for her.

Being on Byetta helps because it suppresses my appetite. With Byetta, I can eat foods I like, but not all at once. I go through phases where I really want macaroni and cheese or sweets. Then Mom makes me sugar-free gelatin. That or some fruit is my little treat.

Never a huge fan of fitness, Delta says she and Gerald, who had a long battle with lung cancer, love walking together.

Delta concludes, “My mom’s healthy and my husband’s healthy. I feel good, and I know I’ll get better and better. To me, it’s a time of celebration.”