Debra Messing’s Plastic Surgery: How Does the Actress Look So Young Even With No Makeup? 2022 Update! 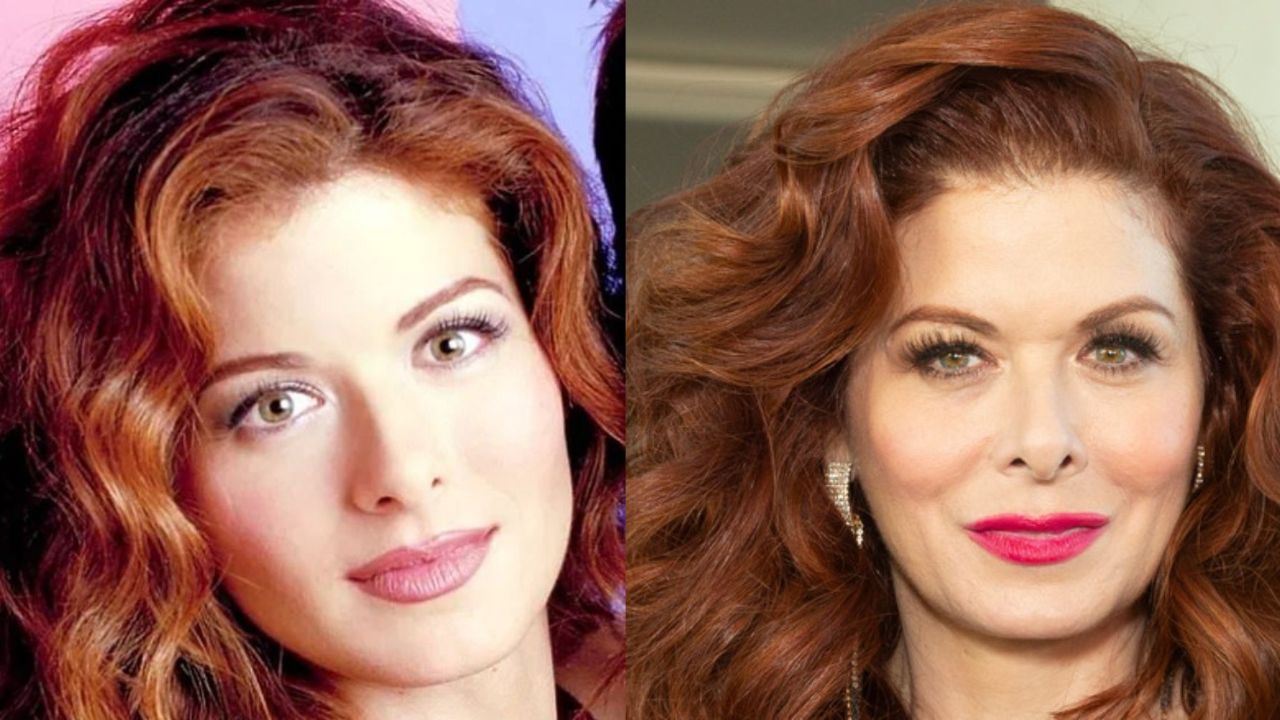 Debra Messing has been repeatedly accused of having plastic surgery throughout her career. Some fans claim that she has undergone Botox and a nose job, at least, as she looks so young even in 2022. The 53-year-old actress is also popular for her no-makeup selfies. No doubt, many fans don’t believe Debra Messing has never undergone any plastic surgery procedures. Well, here’s the truth.

Debra Messing is a well-known and highly regarded American actress who began her acting career in the mid-1990s with a 3-episode run in the well-liked police procedural drama NYPD Blue after graduating from the prestigious Tisch School of the Arts in New York.

Later, Debra made her big-screen debut in A Walk in the Clouds. Thanks to her exceptional acting abilities and gorgeous appearance, her career took off immediately away. Although she participated in several hugely popular projects like Ned & Stacey and Prey early in her career, she didn’t become well-known internationally until the late 1990s when she took on the lead role of interior designer Grace Adler in the sitcom Will & Grace.

Additionally, Messing’s performance eventually helped the series to be successful. Her performance in a different series called The Starter Wife was also well recognized, and she ultimately received numerous nominations at other prominent award ceremonies.

Recently, Debra Messing is in the spotlight as she claimed that she is fed up with President Joe Biden. Following the controversy, many fans have noticed that she might have undergone plastic surgery to enhance her beauty. Well, how true is that? Let’s find it out right below.

Previously, we touched on the plastic surgery efforts of Lisa Boothe and Lindsay Lohan.

Debra Messing’s Plastic Surgery in 2022: The Actress Looks Young With With No Makeup!

Debra Messing (@therealdebramessing) has appeared on our TV screens for close to 30 years in blockbuster series including Ned & Stacey, Will & Grace, Smash, The Mysteries of Laura, and others. And, to be really honest, the 53-year-old actress still has a stunning appearance in 2022. Many fans have speculated that Debra Messing, like so many other celebrities, may have undergone plastic surgery to change the way she looks.

Dr. Vartan Mardirossian suggested that the Emmy winner may have once had a rhinoplasty because her nose has a beautiful scoop and exactly the perfect amount of spin and projection at the tip.

Additionally, Dr. Adam Hamawy exclusively revealed to Closer that he thinks Debra has had Botox injections. According to Dr. Mardirossian, Debra could have also gotten Botox on her forehead and around her eyes and fillers in her cheekbones and smile lines. However, the actress has most likely kept her young glow and toned physique thanks to the miracle of CoolSculpting.

Regarding whether or not she has undergone plastic surgery, Debra Messing clarified the situation. When the 53-year-old Will & Grace actress uploaded a picture of herself looking glamorous before leaving for DoSomething’s Gala in New York City in 2019, it sent fans into a panic.

As a result of her activism, she was selected as one of the charity’s 2019 Empower Players.  However, Instagram commenters were more preoccupied with a different sort of activity. As soon as people saw Messing’s appearance, they started accusing her of having plastic surgery.

“Why can’t you just age gracefully, like you were?” one asked. Another said Messing was beginning to appear a bit plastic because she was using too many fillers.

However, the outspoken Messing, who is well-known for posting selfies with no makeup, was happy to clarify. In response to a follower’s inquiry about earlier facelifts, Messing wrote, “NOPE!” with enthusiasm. So, what lies behind her youthful appearance?

Debra Messing credited her frequent facials to aesthetician Joanna Vargas (@joannavargasnyc). And using every gadget available. Makeup has also played a role. She said to a follower in the comments section, “I always have eyeliner on the bottom of my eyes to make them look bigger.”

Messing, previously, has been open about any previous cosmetic operations. She admitted to getting CoolSculpting (also known as cryolipolysis), an FDA-approved non-surgical technique that crystallizes fat cells in challenging areas to kill them and stop them from regenerating. The model, Molly Sims, also enjoys the popular therapy, which the actress publicly promotes.

In a 2017 interview with Good Housekeeping, Debra Messing explained,

“I don’t care about that judgment. Whether or not someone else wants to judge me because I want to go into a dermatologist’s office for an hour and have fat frozen off of my body and three months later I can feel a little bit better in a bathing suit — I don’t care. I gave birth. I had a little pouch on my stomach that wouldn’t go away. We have hormones. Things happen. Things move. And I’m lazy! I don’t wanna do sit-ups for four hours a day. I’m a single mom and I work full-time.”