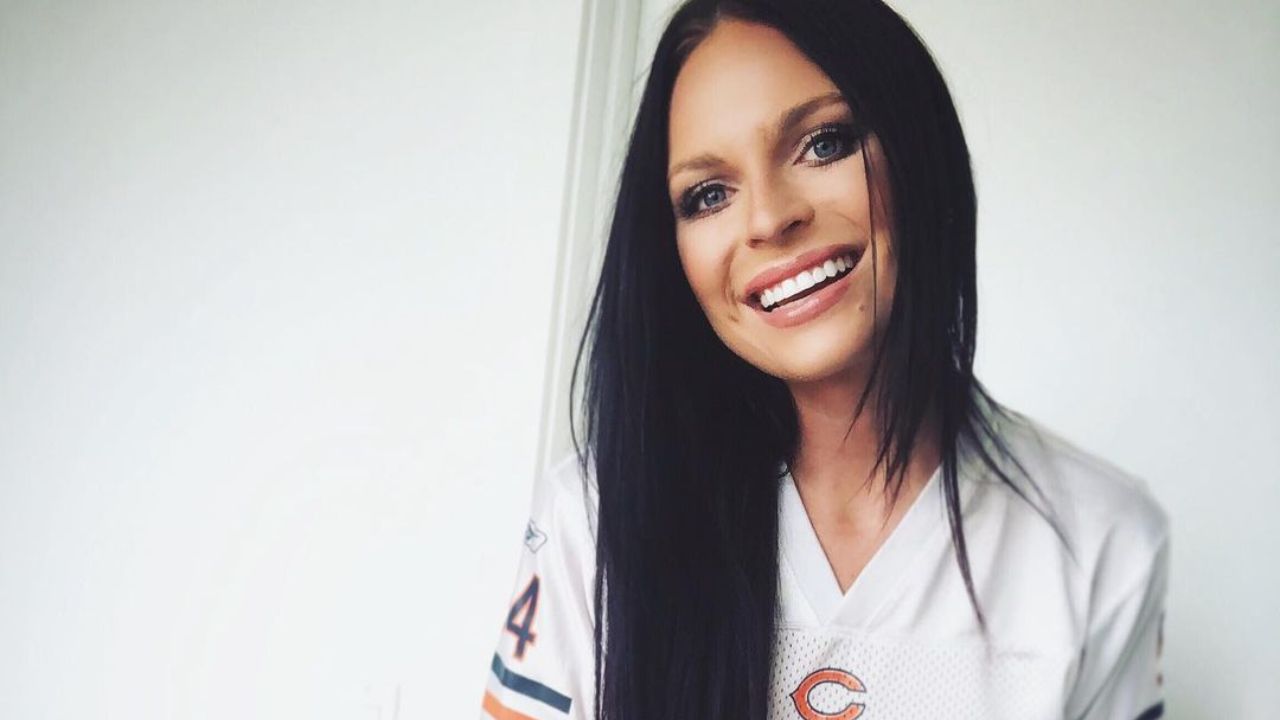 Starring in Netflix’s Love is Blind, Danielle Ruhl is one of the interesting contestants of the reality show. A 29-year-old associate marketing director, Ruhl has made quite an impression on the audience.

Now a reality TV star, Ruhl joined the show to find the love of her life. But alongside it, Danielle has also found fame. The topic of her weight loss rose when she opened up about her insecurities with her date Nick Thompson.

Born on November 6th, 1992, Danielle Ruhl went to the University of Illinois Urbana Champaign in 2014. She appears to be a humorous person who is quite outspoken about mental health issues.

As the Netflix alum writes, “I want people to be afraid of how much they love me – Michael Scott” – Danielle Ruhl” in her Instagram, she seems to be a big The Office fan.

Danielle also worked as a social media intern at Hard Core Brands International during college, where she gained expertise developing advertising and prepared for a career in the creative industry. Getting back to what everyone is curious about Danielle right now, here’s all we know about Danielle Ruhl’s weight loss!

Previously, we touched on the weight loss efforts of Brooke Elliot and Jimmy Jam.

What really brought up the reality star’s weight loss topic was the couple’s routine burst of disagreements for the tiniest of reasons once they met in person and traveled to Mexico.

Danielle Ruhl‘s fears in general, as well as her physical attractiveness, were blamed for many of the arguments which elevated the topic in public.

Growing up Danielle was a chubby kid. For the most part of her life, the reality star’s weight was more on the heavier side. This led her to have issues of lower self-esteem and fueling her insecurities.

Looking at the pictures of Danielle Ruhl which she shared on her Instagram and now, she has shed quite the weight and also appears confident, but that isn’t the case.

Opening up about how her vulnerabilities and insecurities brewed due to her weight, Danielle Ruhl described how she was terrified that people would comment things like, “Oh, her arms seem huge here” or “Her tummy looks big here” after every conversation she had. She also admitted that she still sees that little chubby kid when she looks in the mirror.

Talking about how much weight Danielle Ruhl lost, the marketing director lost 70 pounds of her weight. A chubby kid, Danielle grew up a bit overweight. The images on her Instagram provide enough evidence on how much the star struggled to lose that much amount of weight.

How she underwent weight loss hasn’t been said or revealed in the slightest but she surely worked harder to avoid fueling her ongoing issues.

Though Danielle Ruhl was a bit on the plus side of weight, she couldn’t exactly be categorized as a plus-sized woman. Many believe that the producers of Love Is Blind have used Danielle and another participant, Deepti, as fat bait in order to fulfill the informally enforced quota of plus-sized people.

Viewers are accusing Netflix of faking diversity in this way, claiming that the show appeared to provide room to plus-size women before reverting with a line that said, “I used to be obese.”

People are particularly unhappy with the way Chassidy and Hope, two real plus-size women, not previously fat women, were introduced in the first episode and then neatly ditched later without their dates.

Love is Blind Season 2: Where is Danielle and Nick’s Love Story Heading To?

Danielle and Nick is the couple who got engaged so quickly that it left many surprised. At the end of the first episode, Danielle Ruhl was swiftly confessed, “I’m ready to be married to him tomorrow, I am not going to let anything get in the way of this.”

This has had many invested in the two’s relationship, thus wanting to know if they are still together.

One of the most interesting parts of their relationship was the turmoil they faced on their trip to Mexico. When Nick went to the cast party while Danielle was unwell on a trip to Mexico, the two had their first quarrel.

Despite the fact that they returned to Chicago as a couple and continued to arrange the wedding, there were a few more squabbles along the way.

Not just that, Danielle Ruhl recently came upon her socials and spoke about how she was misinterpreted during the episode.

The true story is that I told Nick about a traumatic experience I had in college right before I encouraged him to go to the couple’s party without me to represent us as a couple. While I was lying there sick, I started to get in my own head and wondered whether I had shared too much too soon and I started to relieve an event that I had repressed for so long. This caused me to have a panic attack and I went into the closet so that no one could see me in such a public environment. I also looked outside at the couple’s party. This was not because I was jealous, but because I needed support and wanted to see when Nick would be coming back.

Danielle further explained how being dragged down on the internet for her mental health and being “diagnosed” with every disorder in the book based on an hour of footage taken from months of filming is not only damaging to her and her family, but to anyone else who have had similar experiences.

As to if the couple is together now or not, it’s quite hard to figure it out. Danielle very recently addressed the issue but didn’t disclose any new information on what is exactly happening between the couple.

On the other hand, scouring through Nick’s socials, there’s no sign of Danielle! They could either be together in private and keep it lowkey or will soon be coming out with news of their separation.