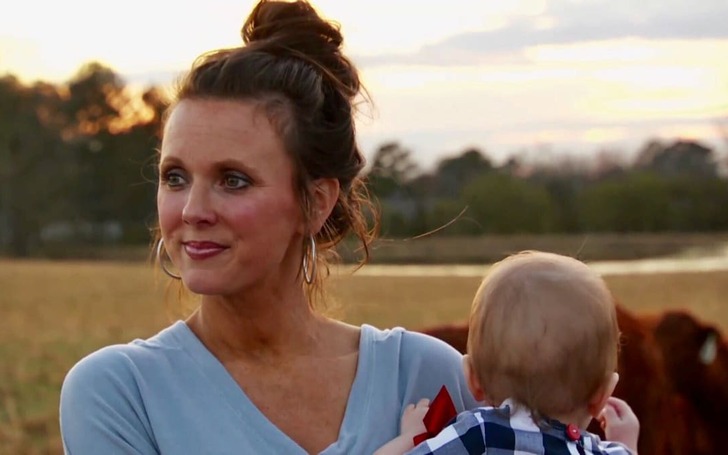 Here’s everything you need to know about Courtney Waldrop’s plastic surgery speculations.

Courtney Waldrop is well renowned for the fantasy-horror film The Demon’s Rook (2013) and the TLC reality show, Sweet Home Sextuplets (2018). The TV personality is married to her husband Joseph Waldrop since October 13, 2011.

Recently, fans appear to be curious about Courtney Waldrop allegedly going under the knife. Is there any truth to her plastic surgery speculations. Without further ado, let’s find out.

The Sweet Home Sextuplets Star Courtney Waldrop has been the focus of major plastic surgery theories by fans in recent weeks. But do the accusations carry any legs? Did the television celebrity indeed go under the knife?

Unfortunately, when it comes to her plastic surgery speculations, Courtney Waldrop is yet to break her silence.

We took the mantle ourselves to compare her recent look with her past pictures. Upon careful inspection, it appears possible that she needed to undergo some form of plastic surgery, but it is hard to determine the exact procedure. Botox and facelift would be the safest bet.

Before Courtney Waldrop herself sheds some light on this issue, this shall remain pure conjecture and no reliable proof to back up the claims of plastic surgery. On the flip side, we cannot rule out the likelihood she looks amazing naturally and that there are no plastic surgery procedures involved.

But are we ready to give her the benefit of doubt? Maybe not, because every television personality tends to experience at least a few plastic surgery processes in their career.

Courtney Waldrop Got Emotional as Her ‘6 Miracles’ Begin Preschool

The Sweet Home Sextuplets are entering their next major chapter.

Eric and Courtney Waldrop are preparing their sextuplets Blu, Layke, Rawlings, Rayne, Rivers, and Tag to start preschool. It’s an emotional time, not just for the children, but also for the mother.

“It feels like yesterday I was giving birth to them and bringing them home from the NICU. Six little miracles, now starting preschool,” Courtney told People, getting choked up. “But it like, breaks my heart because sometimes I want to turn back time.”

“It’s just kind of bittersweet, but I want to be upbeat and positive for them,” she added. “This new chapter and new first in their life is such a good thing.”

The family packed up in their family car and went to school to visit Miss Sandy, the preschool administrator, who welcomed them outside.

“How are we going to do this?” Miss Sandy asked.

“We’ll just take ’em out and throw ’em at you and drive off,” Eric joked.

Within the school, some of the sextuplets quickly head off to start exploring, while others are more uncertain about the abrupt shift in the setting.

“When it comes to separation anxiety, the girls, they’re the ones that I’m not really sure how they’ll react to me leaving them there and walking out,” Courtney admitted.

Within a few minutes of getting comfortable, Courtney recommended to her husband that they “try to sneak out.”

“There’s a part of me that would love to stay the whole time and watch all six of my babies and see how they interact with other kids, see how they do, but I’m not going to be that parent,” Courtney Waldrop vowed. “I’m not going to linger because I remember that as a teacher. When parents lingered, it only made it worse for the kids.”

“It is hard to leave them when they’re not wanting me to leave,” she added. “They’re just so attached to me — I’m with them all day long, and it does break my heart that some of them are feeling kind of lost.”