Courtney Thorne-Smith’s Plastic Surgery: The Actress Has Been Open About Using Botox for Over a Decade! 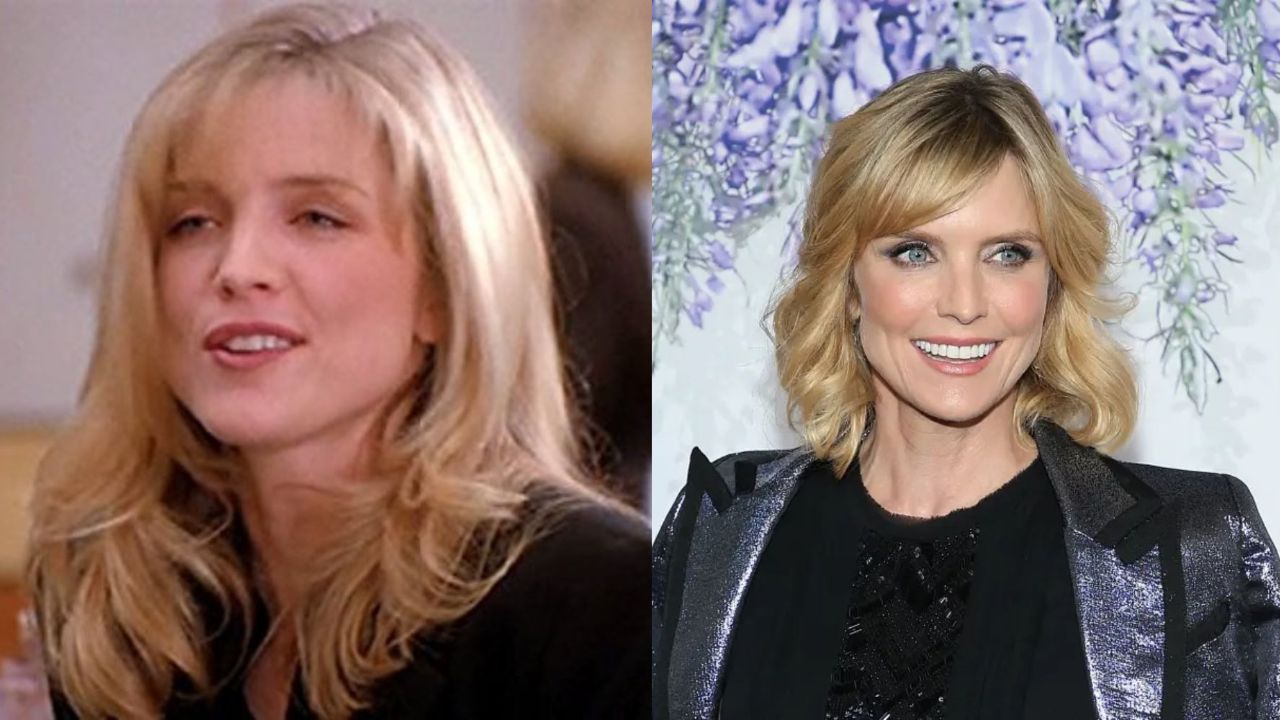 Courtney Thorne-Smith’s plastic surgery, by her own admission, includes the use of Botox injections. The actress started getting Botox injected into her forehead a decade ago when the lines on her forehead became troubling. Since then, Courtney Thorne-Smith has been using the procedure time and again because it has been effective and beneficial for her so far. Fans suspect she has other plastic surgery procedures as well but she has never admitted to other procedures.

Courtney Thorne-Smith (born November 8, 1967) is an actress from the United States who is best known for her roles as Alison Parker in Melrose Place, Georgia Thomas in Ally McBeal, Cheryl Mabel in According to Jim, and Lyndsey McElroy in Two and a Half Men.

She was born in San Francisco and raised in Menlo Park, a suburb south of the city. Her mother, Lora Thorne, was a therapist, and her dad, Walter Smith, worked as a computer market researcher. Courtney’s parents divorced when she was seven years old, and she lived with both parents at different times. Likewise, her older sister Jennifer is an advertising executive. She attended Menlo-Atherton High School in Atherton, California, and Tamalpais High School in Mill Valley, California, before graduating in 1985.

Courtney Thorne-Smith was well-known in her early years for her role in Melrose Place, which ended in 1999. After several years, the actress came back with her role in the popular sitcom, Two and a half men. She was naturally beautiful when she was younger, but when she reappeared after a few years with the same youthful appearance and charming skin, people began to wonder about the possible enhancement in her looks.

Plastic surgery is without a doubt the most common form of appearance enhancement in Hollywood. As a result, fans and critics alike are looking for answers to Courtney Thorne-Smith’s recent appearance and wonder if she really underwent plastic surgery.

Also, check out the plastic surgery efforts of Julie Bowen and Megan Fox.

Courtney Thorne-Smith’s Plastic Surgery: The 55-Year-Old Actress Admits to First Getting Botox Injections About a Decade Ago!

An actress’ appearance is particularly important for them in order to sustain in the film industry. Most of the older actresses and actors, in an attempt to retain their youth and beauty, get plastic surgery, especially Botox. Botox makes one’s skin look tighter, more attractive, and younger. As a result, most elderly people prefer this surgery technique to improve their appearance and not to look wrinkly and saggy. Aside from the face, botox has an effect on the body, making it more youthful and sexy. Courtney Thorne-Smith‘s appearance demonstrates the same situation.

The Melrose Place star who was born on November 8, 1967, is currently in her mid-fifties. With the symptoms and signs of aging which have now disappeared, we can easily tell she used botox to maintain her youthful appearance. The saggy skin has been removed, and there are no visible wrinkles or fine lines on her face. This change could not have happened without some sort of plastic surgery.

Botox has indeed aided Courtney Thorne-Smith in maintaining her youthful appearance and beauty as it has for many others. Unlike other actresses who deny plastic surgery, however, she has openly stated her need for and use of Botox. She began injecting them not only in her old age but also in her mid-thirties, for a total of about 15-18 years.

In an interview asking questions regarding her plastic surgery, she openly admitted, “It’s never been a secret in my personal life – I’ve just never been asked by the press, I’ve used it, I like it, it works well for me. That’s just the simple truth”. And she also claimed the procedure has been beneficial to her. She also admitted to being happy after removing the wrinkles and frown lines. People assumed that because she opened up about having botox, she had other surgeries as well. In response to such rumors and gossip, she stated,

The majority of the surgeons have praised the star’s new appearance. Dr. David Shafer, a well-known Manhattan surgeon, stated, “Courtney Thorne-Smith looks great. She seems to have Botox on board since her glabella (between her eyebrows) is smooth and her forehead is free from wrinkles. There is nothing wrong with smooth skin.”

Similarly, another plastic surgery expert pointed out, “Courtney Thorne-Smith looks great and I think it may be from a combination of weight loss, Blepharoplasty, and Botox. Also, her new fresh hairstyle frames her face nicely and gives her a very young look. In my opinion, her surgeon did a great job of giving her a natural result.”

To summarize, plastic surgery has been working flawlessly for the actress up to this point. The surgeon must have done a good job, or she must have known the right amount of botox to be injected. Whatever the case may be, Courtney Thorne-Smith is back with her beauty and has a good chance of appearing in upcoming films, which is great news for all of her fans and followers.

Visit Weight&Skin for more interesting stories about your favorite star.