‘Agents of SHIELD’ Star Chloe Bennet’s Plastic Surgery is Trending But Is It True? 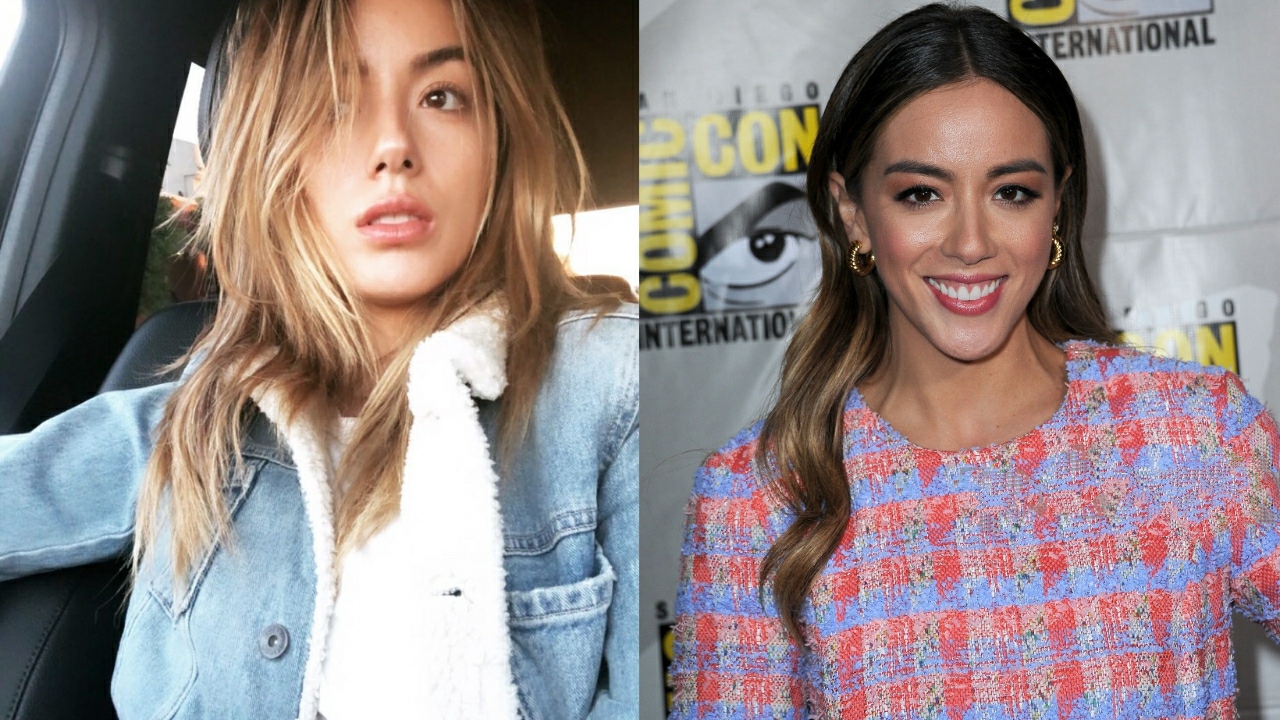 All the facts behind Chloe Bennet’s alleged plastic surgery procedures by comparing her before and after pictures.

Chloe Bennet hasn’t always been a Bennet. The actress revealed the reason she adjusted her last name from Wang when she was attempting to secure Hollywood positions because she was not getting deserved opportunities due to her ethnicity.

Lately, the actress is a huge subject of plastic surgery speculations on the internet. Contrasting her before and after images, there’s definitely some substance to it. So, did she really go under the knife? Let’s breakdown the details.

The Agents of SHIELD star Chloe Bennet is the subject of plastic surgery accusations on social media lately.

Recently, Reddit users discussed her alleged cosmetic enhancements accusing her of using a lot of Botox.

What’s been going on with Chloe Bennet lately? Been following her Instagram and as of lately in most of her pictures it just looks like she has had a lot of botox work done. Am I just seeing things?

A user was quick to refute the plastic surgery rumors.

No she hasn’t had work done. She’s lost weight and it depends on what makeup she has on. When she has no makeup she looks the same. But she has lost a lot of weight.

This must be it but with each new episode, I’m like “what’s different with her face?” My wife also said it must be due to wait lost as it didn’t look like Botox.

I think she has lost some weight (babyfat in her face seems to be gone) and she got some lip fillers.

I think in her recent pictures it looks like she got her jaw shaved. Or she’s lost an insane amount of weight.

You can’t compare a picture taken on the show with a selfie. On the show they can completely erase her asian features with some well placed makeup, have you ever noticed that her whole face seems larger on it? Every season her whole face looks different. It’s just makeup.

Same goes for the lips, the lipstick she has in the selfie looks something very different from the makeup she has on screen. Plus now she’s a lot slimmer than 4 years ago. As you said, she lost a LOT of weight during last 6 months. Lips are going to stand out more now.

Despite some of her hardcore fans’ defense, it does look like Chloe Bennet had a jaw shave because she looks much different from what she used to. The latest plastic surgery is quite evident after contrasting her current face with her previous appearance.

Some users also accused the actress of a nose job and getting teeth done, but we’re not entirely sure about the former.

To conclude, she lost weight on her face, dyed her hair, got a tan, and got new teeth.

Why Did Chloe Bennet Go Under the Knife?

Fans have been speculating about Chloe Bennet‘s plastic surgery for a pretty long time. In an online thread, one such user stated:

I’ve heard rumors about Olivia Munn. She may have gone under the knife recently. In the picture you posted, it does look like Chloe Bennet’s face is different. Maybe going the Olivia Munn way too. She already dyed her hair blonde to look like her racist boyfriend.

Soon, to complete the transformation she’ll write a book about Asian patriarchy and how to raise children as a helicopter parent.

We sort of get where such opinions come from. Many people have been through the process in which they seek to change their looks to best suit what white folks like, or at least to make them feel “normal” relative to whites.

Bear in mind, white people tend to have an almost relentless desire to attack and ridicule Asians for their presence, simply out of malice. There’s no precise reason for this.

Even though many think Asians appear better than whites, whites still see the need to name Asians “orientals” and “you look good for an Asian.”

Apparently, Chloe has certain problems that she hasn’t sorted out or ironed out. Exposure to the openly racist Logan Paul undoubtedly adds to these problems.

These issues could affect Asian and semi-Asian women far more than men. Obviously, it cannot be straightforward when you weigh in self-hating parents.

As long as half-Asians are around, they will still be afflicted by these concerns when, in fact, it is the Asian features that make them look more pleasing than the typical white. However, people end up ruining their lives and their sanity seeking to appear white.

The Actress Spoke Out Against the Beauty Industry

As a half-Chinese star, Chloe Bennet is often vocal about racism in Hollywood. The 26-year-old talked in detail about the tough choice she made to adjust her last name from Wang to Bennet to land positions in a sector that has traditionally shut Asian and Asian-American performers out.

The “Agents of S.H.I.E.L.D.” actress voiced concerns about the cosmetic market and makeup artists who are seeking to remove their Asian appearances by trying to “open” their almond-shaped eyes.

Do Not Miss: Lara Trump’s Plastic Surgery is Making Rounds on Internet

Speaking with US Weekly, Bennet, who collaborated with J-beauty brand SK-II, shed light on her love with her Asian attributes and how, whenever she performs her own makeup, she prefers to highlight them instead of covering them to play her half-white history.

Bennet’s choice to show off her genuine Asian beauty is in sharp contrast to the several makeup artists she’s worked with in the past, who said she was trying to make her eyes appear wider instead of showcasing her natural almond shape.

I really like accentuating my Asian features and the almond eye shape that I have. For a long time, a lot of makeup artists would try to open my eyes really wide and I felt like I didn’t look like myself and like it changed the shape of my face.

Olivia Munn, who too is half Chinese, has been honest on how makeup alters the characteristics of Asian people. During an interview with Byrdie, the actress spoke about the contrast between working with an Asian makeup artist who understands how to illustrate Asian features and someone who doesn’t.

Munn listed two performances, one where the Asian-American artist Patrick Ta glammed, and the other where it was not her, where she appeared completely different.

I’m Chinese and white, and I actually have more of a Chinese bone structure but more white features and little things completely transform my face. Like putting shimmer in the corner of my eyes can make me look cross-eyed.

There are some people who can wear any makeup style, and they will look beautiful. But for me, I can see drastic changes. Like when I work with other makeup artists, sometimes they’ll do the same thing to me that they’ve done to a lot of white girls, and it doesn’t work.

Double eyelid surgery, one of the cosmetic procedures to make the eyes look larger, is one of the most common procedures in Asia.