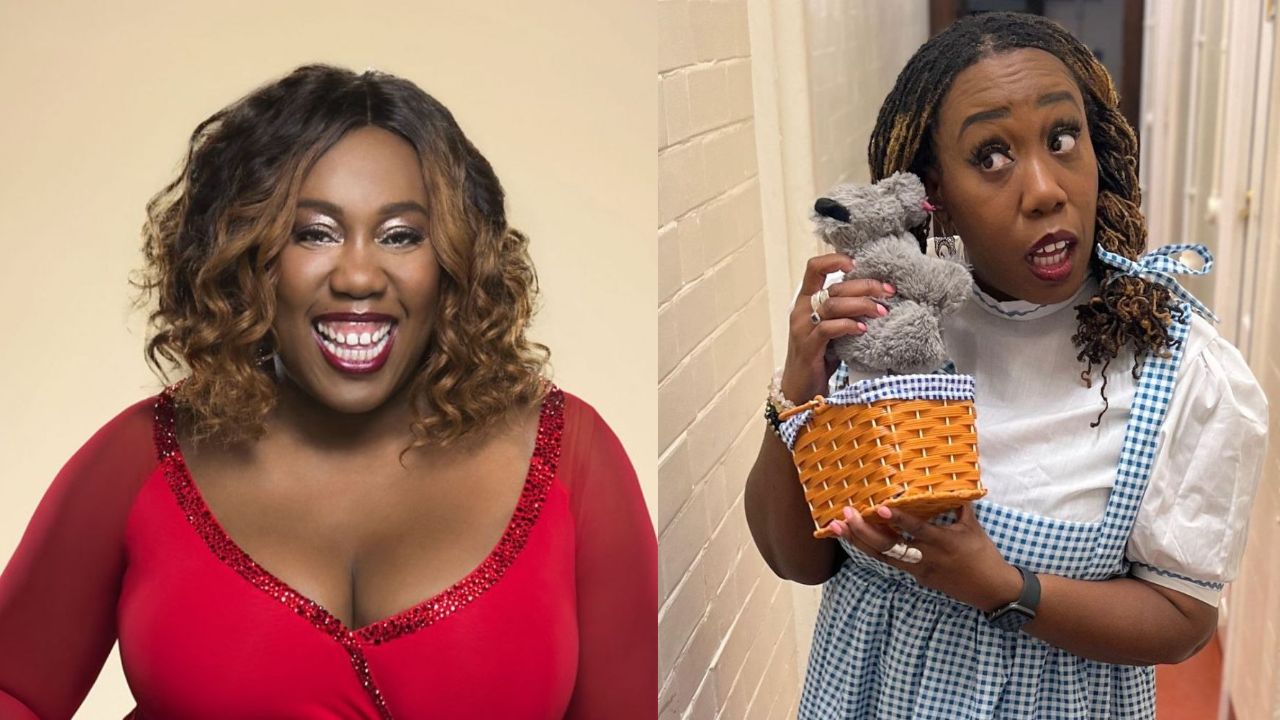 As of 2023, Chizzy Akudolu looks absolutely unrecognizable and fit after her significant weight loss transformation. The 49-year-old has lost a massive weight and we believe she did it with a proper diet and exercise routine as she previously mentioned that she wouldn’t undergo surgery to lose weight.

Chizzy Akudolu is an actress, comedian, and TV personality best known for playing Mo Effanga in the medical drama, Holby City. The 49-year-old started her career in the early 2000s after taking first place in the BBC comedy competition The Urban Sketch Showcase. Chizzy is also a skilled calligrapher and a brown belt in karate. Additionally, she frequently participates as a panelist on Loose Women.

Chizzy landed roles in Sean Lock‘s comedy 15 Storeys High and the soap EastEnders in 2004. She played parts in a number of television programs during the next years, including Green Wing, Dead Set, Roman’s Empire, The Inbetweeners, Twenty Twelve, and the film In The Loop.

In the spring of 2017, Chizzy left Holby. She switched from the wards to the dance floor after leaving Holby in 2017 and participated in Strictly Come Dancing. Afterward, Chizzy participated in Celebrity Masterchef 2018. She also had a cameo appearance on Death In Paradise in 2019.

In December 2022, Chizzy Akudolu returned back to Celebrity Masterchef in the Christmas special, and viewers were shocked by her appearance. The 49-year-old star looked extremely slimmer than she used to look just a few years ago. On the other hand, many viewers have been curious to know about her weight loss journey. Well, let’s get started.

You also might be interested in knowing the weight loss stories of Alice Roberts and Kamila Kowall.

Chizzy Akudolu (@lil_bit_of_chiz) is no more the same person we used to look at during her time in Holby City. Comparing her before and after pictures, she looks almost unrecognizable in 2023. With a much leaner shape, her weight loss journey surely has piqued the interest of many of her fans.

Back in 2018, Chizzy stated that she was going to address her weight problem, which she suffered her all life. In fact, the 49-year-old was aware that it was a “long, long journey.”  Speaking to the Daily Star Sunday, she stated,

I’m getting a lot of help now. It’s being dealt with. I’ve been speaking to people who have been on this journey for 20 years, so I know it’s not a quick fix.

During the same interaction, Chizzy also said that she would never undergo gastric band surgery for her weight loss transformation because she prefers to address her psychological problems over a “quick fix.” She even got depressed because of her addiction to food. One thing she made sure of at that time was that she was going to work on her body and trust the process.

She even participated in Season 15 of Strictly Come Dancing. Unfortunately, she was the first one to be eliminated. However, we all could see that she was determined to go to any level to deal with her weight problem.

As of 2023, it seems Chizzy Akudolu’s weight loss transformation is a real example of how patience pays off. After 5 years of her claim about losing weight, we believe she has finally reached her goal as she looks absolutely fit and healthy. Additionally, we can see how positive and happy she is from her Instagram posts. Having the determination to give your best really is the key to your goal. And Chizzy has proved that one can easily get what one seeks with a little patience and strong determination.

Chizzy Akudolu Is Hopeful That Another Channel May Pick Up and Continue Holby City!

When the long-running medical drama aired its final scenes in March of 2022, it marked the end of an era for devoted viewers. Beginning on January 12, 1999, the first episode of Holby City aired and ran for 23 years. Last summer, BBC executives shocked and outraged the public by announcing their decision to cancel the program.

After hearing about the news, one fan immediately acted and started a petition, which at the time had more than 30,000 signatures, in the hopes that the BBC would reconsider their choice. Actress Chizzy Akudolu, who portrayed surgeon Mo Effanga spoke out for the country and said she was “gutted” by how the serial opera ended. She stated,

I’m gutted more for the people still in there because they lost their jobs. The audience that were with us for 23 years… it was such a beautiful show and I loved it and I hope another channel might pick it up, because it’s such a good show.

Tune in to Weight & Skin to read more interesting stories about your favorite celebs.