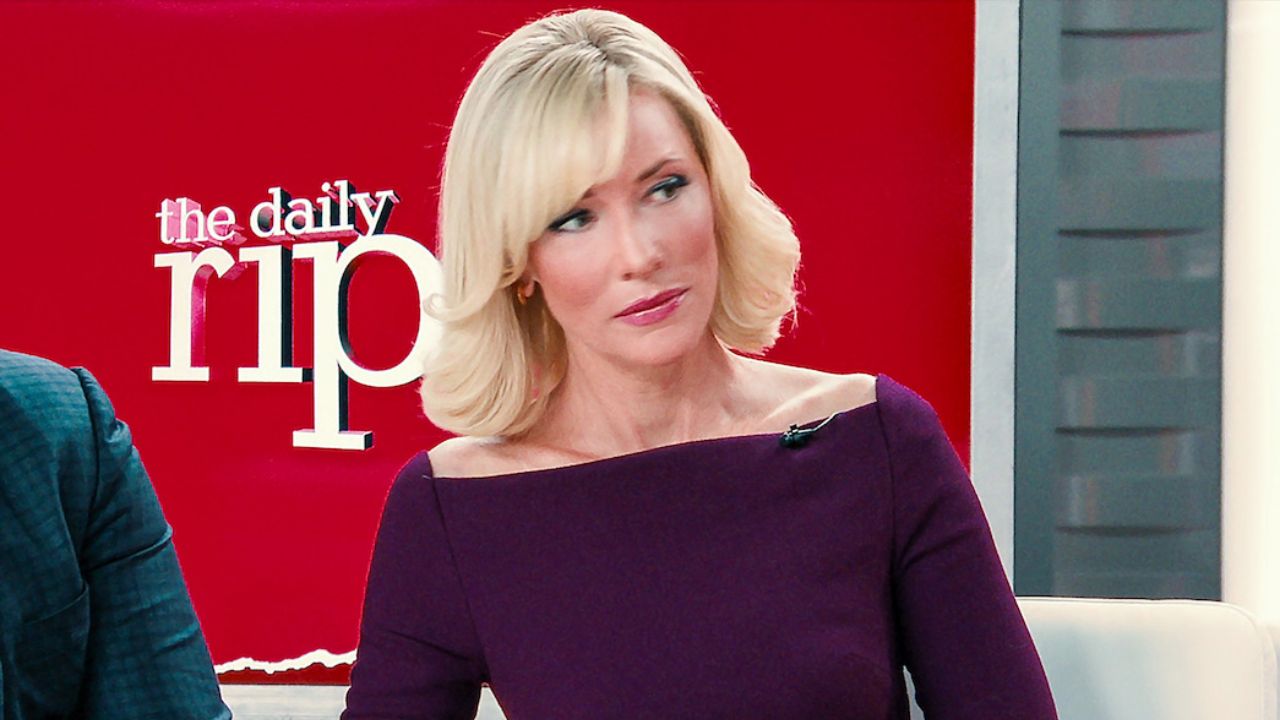 Cate Blanchett’s plastic surgery, notably her teeth veneers, made rounds on the internet after her latest movie Don’t Look Up hit Netflix on 24th December. Take a look at Cate Blanchett’s before and after changes since her days as a young actress.

Cate Blanchett, one of the most talented actresses of all time has got the audiences talking about not only her unparalleled acting chops but also her seemingly evergreen youthful beauty. Is there a possibility that her unreal beauty can be credited to plastic surgery against which she has been so vocal?

The Australian actress who happens to be supremely talented as proven by her two Academy Awards is not just about the acting skills she has been blessed with, she also possesses ethereal beauty that is head-turning.

It’s 2000. Here is Cate Blanchett at the “Gift” movie premiere. She is looking very natural here with fair white skin standing out with minimal makeup. She does have a bit prominent nose tip and a hard jawline. Her long face shape balances it out.

This is Cate at 32 in 2001. Having a prominent nose tip didn’t shove her to the rhinoplasties door as her nose shape is the same as before.

You Might Like: Mama Elsa Patton’s Plastic Surgery: Have a Look at Her Before and After Pictures!

Cate in 2002 at the UK London Movie Premiere of “Lord Of The Rings: The Two Towers” poses for a photo with a smile, which shows laugh lines. So, no botox to relax the jaw area muscles.

2004 Cate could have sparked a boob job rumor if it wasn’t for her pregnancy. But if she was not pregnant, it’s doubtful her breasts might have looked bigger especially since her weight is stable.

In 2007, as Cate Blanchett is nearing her forties, her smile lines and wrinkles are more noticeable. And crow’s feet around her eyes are more visible. The brilliant actress is aging brilliantly so far.

This photo of Cate from 2012 has the lines on her cheek and skin around her neck (and thus, no neck lift) on clear display.

It’s 2018. Her face does not look cosmetically enhanced or de-wrinkled. And her body looks the same too, fit and slim like always. Given that she has birthed three children, one can’t help but wonder if she had a tummy tuck or liposuction.

Cate Blanchett as the Giorgio Armani Global Beauty Ambassador in 2021. The difference on her face is visible here with, most notably, her fading smile lines. Nothing too dramatic to suggest a facelift but botox seems to be at play here. Did she finally succumb to the Hollywood pressures or was the picture just air-brushed?

Also See: Cole Sprouse’s Plastic Surgery: Did He Get a Nose Job?

Going by what Cate said in the past about plastic surgery treatments, we do have reservations and are more likely to chalk it up to make-up, skincare, and computer editing. 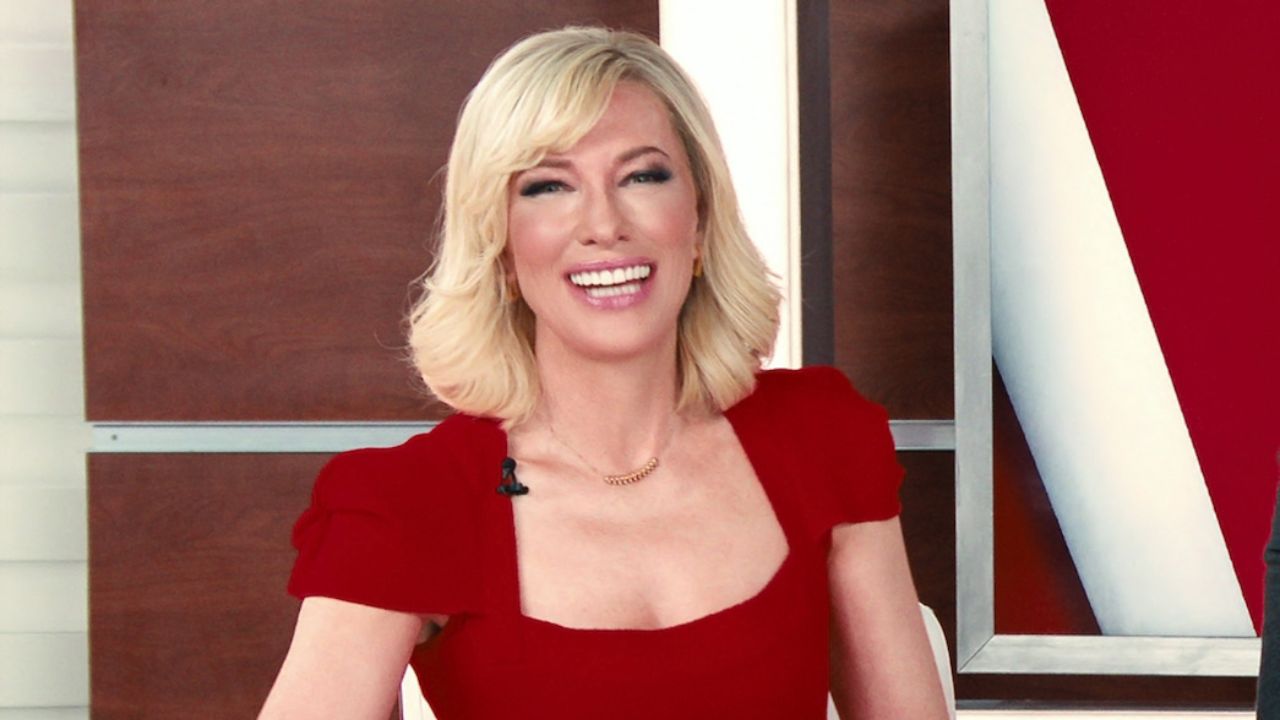 Recently, Cate used prosthetic teeth for her role as Brie Evantee in the movie Don’t Look Up, which caused plastic surgery accusations on the internet.

However, those teeth veneers are fake and the actress does not have such teeth in real life.

When asked about plastic surgery, this is what Cate Blanchett said,

I’m not interested in saying what people should and shouldn’t do. It depends on how people feel about themselves. I suppose personally if you do anything out of fear or to mask who you are, then that’s a bit scary.

You’ve got to work with what you got…. I think the terrifying thing is you see all these people who go to the same cosmetic surgeon, and they end up, after a while, looking like everyone. And the people that we all talk about are people who are utterly individual.

Going by what she said, she looks more inclined on preserving her uniqueness and not end up looking like standardized clones of people.

Also Read: Trevor Noah’s Plastic Surgery: Details of His Lawsuit Against the Doc!

By nature, the actress has a very prominent face with high cheekbones, which, according to fans, practically does not age.

According to Cate Blanchett, she has not yet opted to get work done on her face for aesthetic purposes. Comparing her pictures now and then, she appears to be aging naturally and gracefully.

It could also be because of skincare. She pays special attention to cleansing and moisturizing the skin and prefers barely noticeable makeup.

There could be other things at play here as well.

Firstly, a stable weight. She is almost always thin, she has not undergone drastic changes in weight.

Secondly, her skin type according to Fitzpatrick’s classification is light-skinned European, plus light hair that reflects light well, creating the effect of eternal youth.

Thirdly, she has a muscular type of aging — one of the most favorable, since the muscles are always in good shape, subcutaneous fat compartments and the skin is always taut.

Do Not Miss: Lisa Whelchel’s Plastic Surgery: The Facts of Life Actress is Accused of Cosmetic Alterations!

At the same time, comparing her current photos with those taken 20 years ago, she seems to have a more relaxed upper third of the face — an effect that can be caused by botox injections. So, it’s possible that she does injections therapy 3-4 times a year-correction of wrinkles around the eyes (the most positive wrinkles due to a smile), forehead, and inter-brow wrinkles.

Despite that, there is no doubt that Cate Blanchett is one of the few actresses whose face has not been subjected to radical modifications, and despite this, after 50 years she looks stunning.