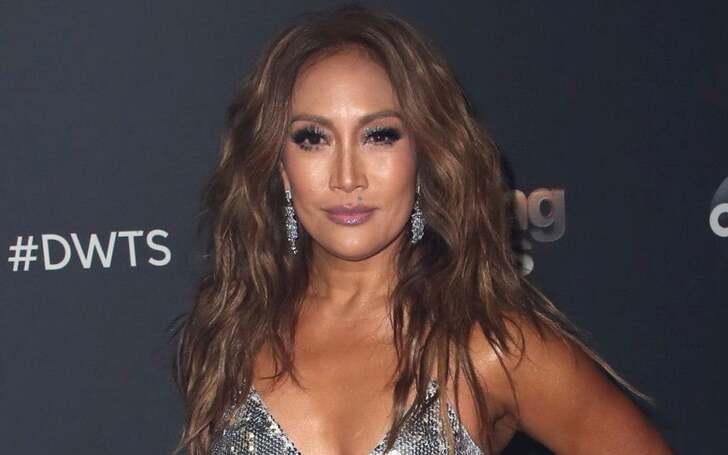 Back in 2009, Dancing With the Stars judge Carrie Ann Inaba underwent surgery in Los Angeles to relieve the pain and stiffness of her spine due to spinal stenosis.

The TV personality insists this is the only form of surgery she’s undergone in her life. Fans, meanwhile, are curious to learn about her plastic surgery procedures. So is there any truth to her going under the knife? Let’s find out.

Is There Any Truth to Carrie Ann Inaba’s Plastic Surgery Rumors?

It’s normal for celebrities to be at the forefront of plastic surgery speculations. Carrie Ann Inaba is no different, who’s experienced a fair share of such allegations.

For people who’ve never undergone plastic surgery, it’s a sort of a compliment for their unbelievable good looks that many people perceive is not possible without going under the knife.

Back in November 2011, the TV star shed some light on her perception of cosmetic surgery and if she would ever undergo artificial enhancements since most stars tend to fight aging with plastic surgery.

No. Part of a person’s beauty is her imperfections. I have this firm belief that I am who I am for a reason. If I change something, I’m cheating myself of whatever it is I’m supposed to learn from my body. You know, I’m legally blind. I’m 20/750, since I was in fifth grade. I wear glasses and contacts. But I won’t even get LASIK.

My poor vision gives me a soft-focus morning. For the first half-hour, I kind of wander through my house, and everything is a blur. I put my contacts in when I’m ready to deal with the world.

It’s admirable how well Inaba has managed to bounce back from her health concerns. She admits she’s suffered a lot in her life. But that’s what makes her seek peace and happiness.

Carrie Ann admits this makes it kind of weird that she’s a dance judge since it might sound like she’s there to undermine people when, in fact, she wants them to grow.

As for her plastic surgery speculations, some fans claim she’s had Botox and fillers to enhance her looks. However, we’re inclined to take Inaba’s side and give her the benefit of the doubt that her amazing appearance in her 50s is all-natural.

Kudos to the DWTS judge’s skincare routine and how she looks after herself.

Carrie Ann Inaba is pretty vocal about her health issues, including Iron Deficiency Anemia (IDA)—a medical disease she was diagnosed with back in 2013.

Talking about her health before the diagnosis, Inaba said in an interview:

Some people start to feel like I did, like, ‘Oh maybe I’m just getting old, and this is sort of the beginning of the end.’ I was like, in my early forties and said, ‘Is this what happens to you? Am I just going to get really lethargic and not be able to do anything and be incapacitated?

After feeling depressed and drained, The Talk co-host eventually visited her doctor and did a blood and iron test to learn out about her poor hemoglobin and iron levels.

Iron deficiency anemia (IDA) was something Inaba had no clue about, but she eventually learned the disease affects almost five million people in the U.S.

Currently, the DWTS judge collaborates with Daiichi Sankyo, Inc. and their Get Iron Informed initiative to raise awareness of IDA and encourage people to go to see their physicians for a potential diagnosis.

Once I was diagnosed, it’s like I got my life back. I am so grateful. There’s a blessing in some of these health conditions because it gives you a greater awareness of your own health.

It makes you take care of yourself and realize it’s a very important component of a healthy lifestyle is to see the doctor regularly, make sure that you’re keeping up all your checkups and getting the right tests.

In addition to juggling the ups and downs of her wellbeing, Inaba is getting accustomed to her role at The Talk, which she officially became a part of as a permanent co-host in January 2019.

Also Read: Why Did TikTok Star Dixie D’Amelio Get a Nose Job?

Inaba, who’s served as a judge on Dancing With the Stars since the debut season in June 2005 says:

Every day waking up is very different for me. I have never had to do that before for a job, like waking up at a certain time and having this, sort of, very specific schedule.

This schedule is more demanding on me than any schedule I’ve ever had before, besides maybe when I was on tour with Madonna, but that was only three months.

What I notice is that I am very careful, and that’s what I was saying earlier about the gift of when you have health conditions is, I’m very careful and I’m always aware of how much, how my energy management is.

Inaba reveals whenever she’s not feeling well or if she’s starting to get a bit tired, she really takes good care of herself and often rests.

The TV Personality Seeks to Use Her Platform to Do Good

Since her debut at The Talk, where she replaced Julie Chen (who’s a subject of plastic surgery of her own), Inaba is using the CBS daytime show as a stage to do some good.

The best part of being on The Talk is that every day there are these mental and emotional stimuli, and then that’s like a challenge to the brain. ‘How can I speak what I want to say in a way that people can understand and maybe relate to? How can I help people with my own stories?

Sometimes it’s very personal sharing very deep stories and hoping that maybe somebody else has experienced that.

That maybe they will relate and maybe find solace in the fact that somebody else has gone through it, or maybe something I say will help them think of something differently so that they can have a brighter approach on their own life.

I love being on The Talk because it’s more of an opportunity to do that and I get a lot of wonderful feedback on social media. A lot of people ask me questions about topics that we’ve talked on the show and kind of go deeper.

Whether it’s talking about IDA or her mental happiness, Carrie Ann – often the subject of plastic surgery thanks to her stardom – points out her aim is to use her fame to support others.

People have asked about joining The Talk panel and, you know, what am I trying to accomplish? And my goal is really just to be me, and to be fully present, and to be honest,

The actress reckons she shares her own story as frankly as she can in a way that can possibly support someone else because she feels like life is packed with a lot of challenges and trials since she’s had her fair share.

Do Not Miss: Did Pentatonix Lead Kirstin Maldonado Have Plastic Surgery?

Carrie Ann Inaba believes a lot of people experience this, and she doesn’t want people to feel isolated in such struggles. Everybody needs to come together and support each other through hardship, and that’s exactly what she’s striving to do.