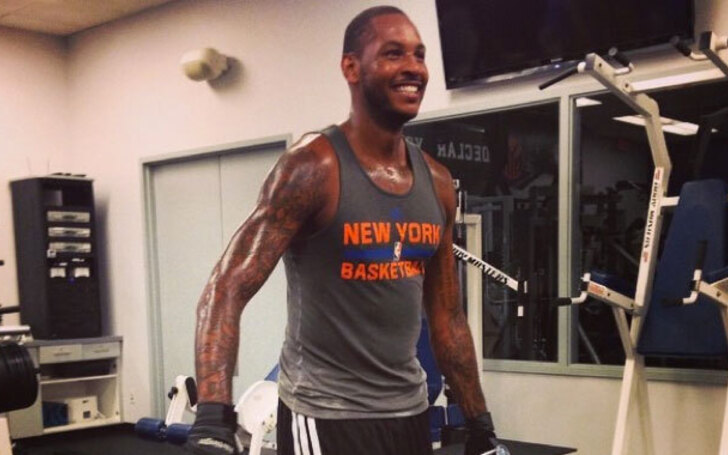 The American basketball star Carmelo Anthony represents the Portland Trail Blazers in the National Basketball Association (NBA). He was an NBA All-Star ten times while he’s been a part of the All-NBA Team six times.

As a collegiate basketball player, Carmelo Anthony represented the men’s basketball squad of Syracuse Orange for Syracuse University. He won a national title with the club as a freshman back in 2003.

During the same season, he also won a distinction as NCAA’s Most Outstanding Player in the Championship. The NBA player has lately been making news for dropping substantial weight ahead of the NBA season’s restart.

Here’s how the 36-year-old placed his lockout free time to better use by achieving impressive weight loss. 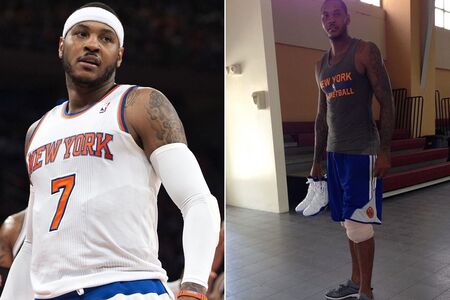 Weight loss is not a new development for NBA players. In recent years, most league players have been following the trend of losing weight in the offseason, and this time it happened to be during the coronavirus lockdown.

Much like NBA player LeBron James underwent weight loss by burning calories and working out a lot in the 2014 season, Carmelo Anthony too took the same approach after modifying his eating schedule.

The NBA star has always passed through rigorous fitness routines. Regardless of his new weight loss during the lockdown, Carmelo did nothing different; he kept to the same meticulously designed diet and workout.

Anthony was looking forward to developing his game-play with the New York Knicks, including training and a balanced lifestyle.

“Amazing people have been hired over there, and he wants to come in as the leader and a top-three player in the world,” Carmelo’s personal trainer Idan Ravin told the New York Post in 2014. “If [he’s] being meticulous, you should not just follow [his] word, but follow [his] actions.”

For the most recent weight loss of Carmelo Anthony during the COVID-19 quarantine, he had a particular inspiration in mind. He thought it was important to stay in shape and be a better fit for the role he played for the Portland Trail Blazers squad.

“For me, I had that in the back of my mind, once coach told me the position, that I’d be switching back to the 3,” Carmelo told Fox Sports. “I kind of challenged myself to get down to that weight where I feel comfortable with playing the 3, comfortable running around and utilizing things I can do within our system from playing the 3.”

So, the NBA player set himself the target of undergoing weight loss, following a ‘very intense, very healthy diet,’ and changing his exercise schedule during the last few months in order to boost his pace and stamina.

Carmelo Anthony’s target is to achieve 230-235 pounds, speaking to Fox Sports in an interview. He’s glad that he is encouraged to do so in order to improve his current role in the team.

“So now it puts me back in a mindset of that from a confidence standpoint, knowing that I was able to get back to that,” Anthony said. “On the court, I feel good, I feel healthy. I have a lot of clarity, too. All of that was part of the plan.”

Proud to be launching @socialchangefnd with my brothers @cp3 @dwyanewade. Together we'll be investing in and supporting grassroot organizations who are working to affect for social change day in and day out. Check out the website to learn more. https://t.co/gl4STrimyq #StayMe7o pic.twitter.com/ZG3HxKJ6Lk

Portland Trail Blazers player Carmelo Anthony said he was taking the gloves off to hold open discussions on the desire for social rights in the United States.

Anthony, who founded the Social Change Fund alongside Oklahoma City Thunder Guard Chris Paul, former Miami Heat Player Dwyane Wade and other benefactors this week, told Marc J. Spears of The Undefeated that the fund aims to shine a light on the topic that is now being addressed.

“For me, I’m taking the gloves off. Whatever you want to talk about, let’s talk about it. That’s where I was at, which kind of translated to what I’m doing with my platform, having these conversations with people and bringing awareness to certain situations.”

“Also, educating people. We haven’t been educated [on issues], and now we’re starting to want to be educated.”