Bryson DeChambeau Weight Gain – Fans Suspect Steroid Use, See the Before and After Photos 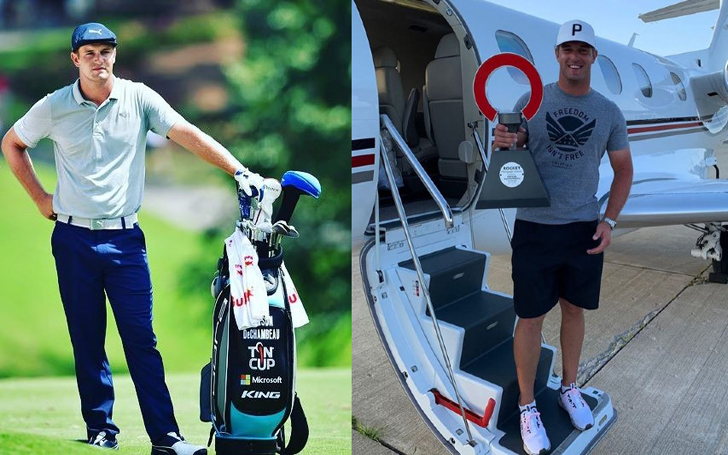 Bryson DeChambeau stepped onto the greens in Detroit as the favorite to win the lack of star-powered Rocket Mortgage Classic. By the final stretch, everyone forgot about the lack of star power and focused on the strongest bomber PGA Tour has seen in a while. Bryson won his 6th title and became the PGA Tour’s villain while showing off his insane muscle gains and starting murmurs about steroid use. 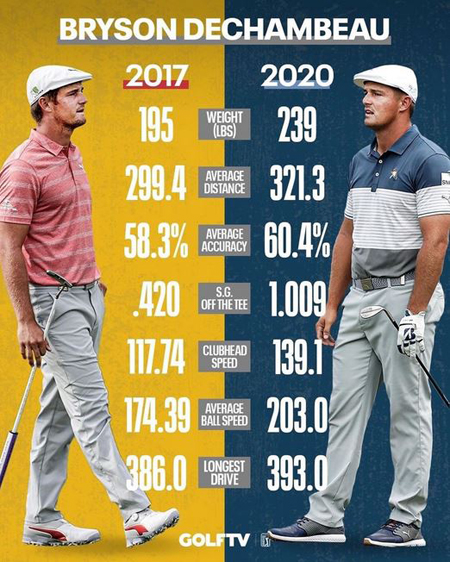 When Golf resumed behind closed doors, Bryson DeChambeau came out, much to everyone’s surprise, as a changed man. He had gained over 40 pounds in body weight, and people were having a hard time taking in the weight game of the 26-year-old player. Before COVID shutdown play, he was hovering slightly above the 200lbs mark, and after Detroit, he weighs around 240 pounds.

The player average 340+ yards on his drives, but what was even more impressive was what happened in Detroit. Bryson DeChambeau put on a show on his drives as he was hitting over 350 yards. Off-season workouts seem to have done the trick as the player was a changed man, temper was the same, but he did look like someone on a mission to hit farthest, fastest, and destroy the competition.

Bryson DeChambeau started nearly 70 weeks ago when he was really hitting the gym and drinking “protein shakes.” By the middle of COVID lockdown, people saw the weight gain, and there were reports saying the Bryson gained over 25lbs in a couple of months. While Bryson rebuked the claim, saying he gained 12lbs of muscle in three months and over 25lbs since the same time last year. There were people who were not convinced 12lbs of pure muscle could be gained in three months.

Bryson DeChambeau Steroid Use – Is there any Truth to the Suspicion?

If you take a stroll through Bryson DeChambeau’s Instagram page, you will see a lot of exercising videos, protein shakes, and other reasons for his weight gain. But what really raised eyebrows was the claim of 12lbs of muscle gain in three months. There were discussions happening on Bryson’s comment section where fans were talking about steroid use and SARMs to gain muscles.

PGA is not known for stringent rules when it comes to testing for performance-enhancing drugs. There are exemptions allowed for players to use stuff, and some chemicals are not even tested through the urine sample. So, it would not be out of the realm of possibility to think PGA players are taking PEDs to hit longer and recover faster.

Steroid use helps during workouts are it prevents muscles from breaking down, allowing athletes to go longer in the gym and adding muscles on top. Twelve pounds of pure muscle just does not seem possible in three months for some fans who floated the idea of possible steroid use for the sake of weight gain and muscle increase.

When Bryson DeChambeau explained he was taking five protein shakes a day, fans who suspected protein shake were a term for PEDs. He did seem to have given his all during the offseason and worked hard to be where he is today, but unless there are reports saying he took drugs to enhance performance, your guess of steroid use is as good as ours. 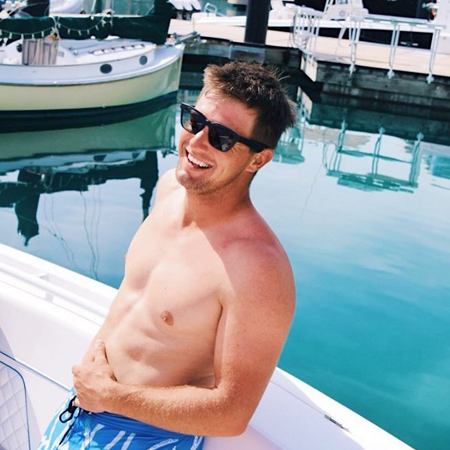 Though Bryson DeChambeau weight gain is causing some controversy among fans, the player himself says the 40 pounds weight gain is because of a strong workout routine; five protein shakes a day and keto diet. Protein diet is where Bryson is hanging his hat when it comes to gaining 40 pounds.

Fans still suspect steroid use for the rapid increase from last year, but there is no way to prove whether he is natural or juiced. We cannot promise keto diet, and protein shakes will yield the same results as Bryson DeChambeau, but you will be able to gain 10-15 pounds of pure muscle in a year’s time following his workout regime.

Before you leave, make sure to visit Weight & Skin for more Weight Loss, Plastic Surgery, and Tattoos.