Bruce Arians’ Weight Loss: Did the NFL Coach Have Cancer? 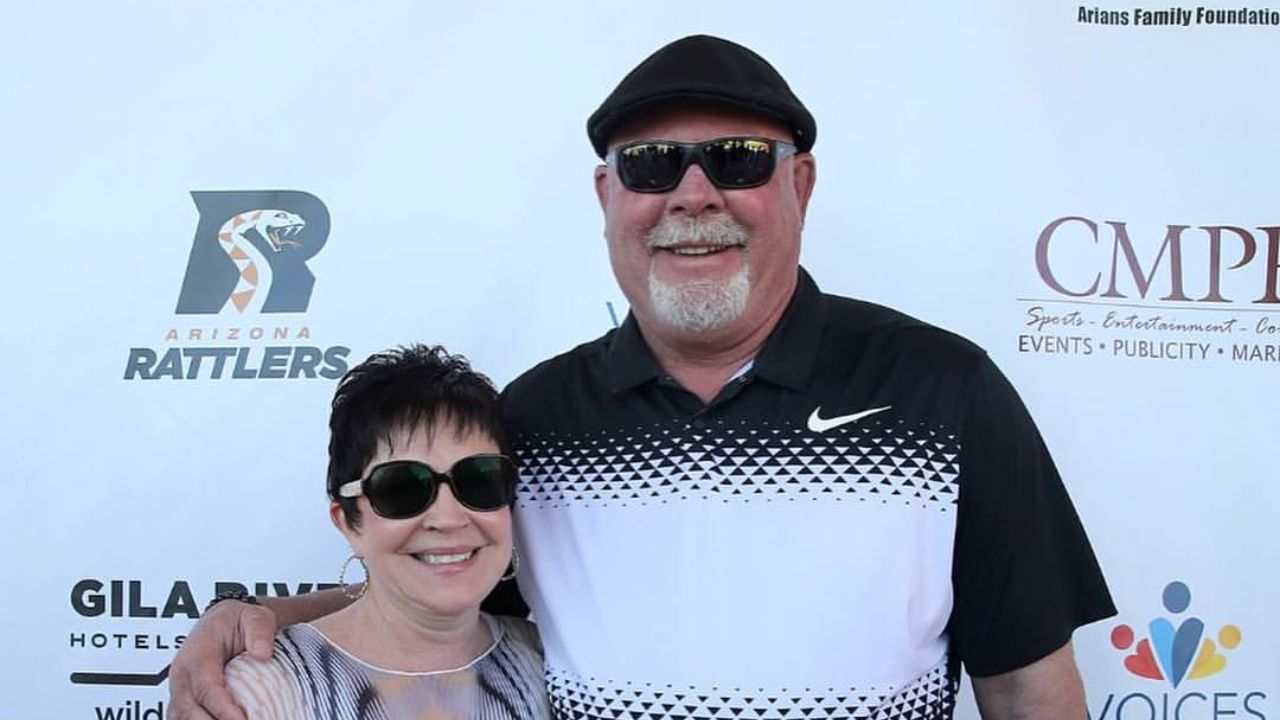 Bruce Arians underwent 23 pounds weight loss this year. He stepped away from coaching because of diverticulitis. Bruce Arians was diagnosed with prostate cancer in 2007. Details of his health and weight loss here.

The head coach for the Tampa Bay Buccaneers of the National Football League (NFL), and the former head coach of the Arizona Cardinals from 2013 to 2017, Bruce Arians has returned back from his retirement and now plans to stay in the game for a while.

Arians stepped down as a coach owing to health issues. The 68-year-old claimed he’s in good health and eager to continue coaching after his return. Following all this, the news of his weight loss is the talk of the town right now.

Struggling with his weight and health issues due to it, Arians is currently on his path of improvement, thus gaining fans’ attention. The internet wants to know how he did it. So, here’s everything we know about Bruce Arians’ weight loss. 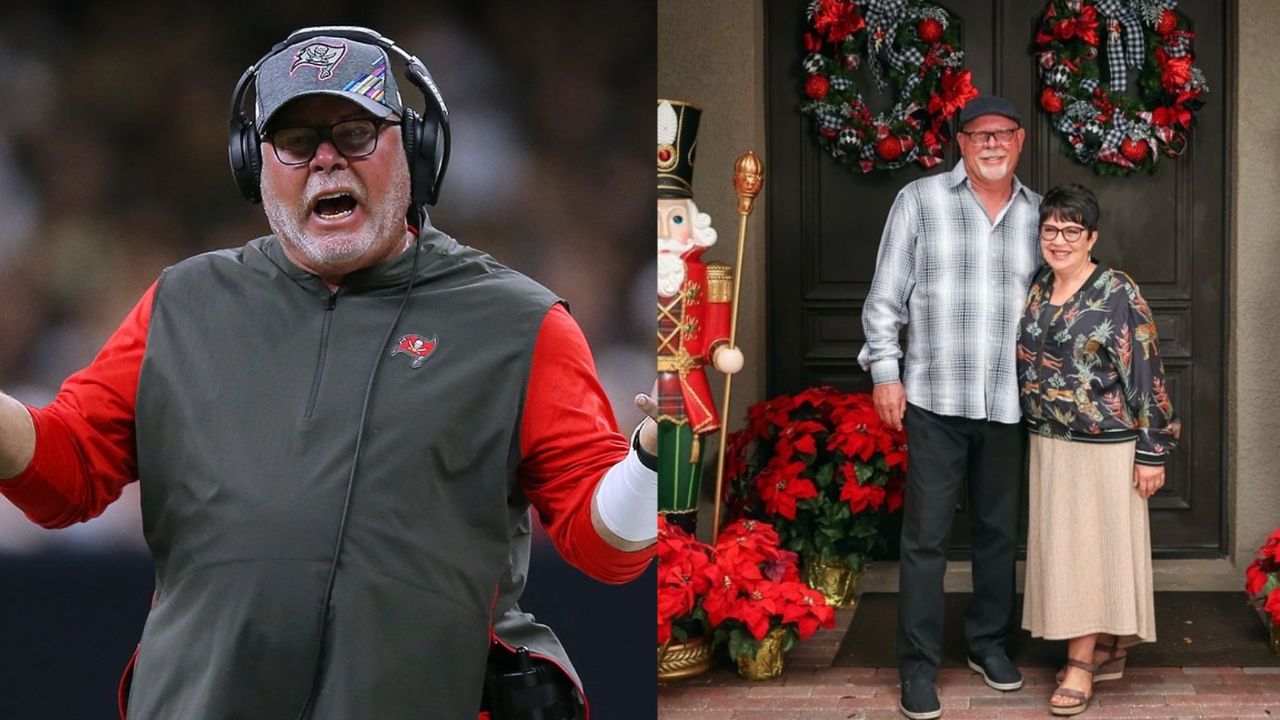 Having to walk away as the coach due to his health issues, including prostate cancer first diagnosed in 2007, Bruce Arians has been making efforts to lose weight. The Tampa Bay coach’s plan to rejoin as the coach boosted his weight loss journey.

Joining the Rich Eisen show, Arian was asked multiple questions regarding his health and his current weight loss.

Arians got rushed to the hospital about 30 minutes before a joint practice with the Chargers at Qualcomm Stadium on Aug. 16. after a sharp pain in his stomach caused him to double over. He initially thought it was a kidney stone, but the diagnosis was diverticulitis.

The coach excitingly revealed his weight loss, “I lost twenty-three pounds this spring. I can feel the difference already. I’m trying to lose some more before that first game, but trying to get some strength because it is a grind.”

“I have to lose it again, but other than that I got a good, clean bill of health man. I’m still a C-plus. I’m good.” he adds on his weight loss quest.

Arians also revealed that because of operations he went through, he is getting his core back thus trying to hit the driver ten yards further. Driven by the motivation to improve his health and get back on the field, Arians revealed his weight loss journey was a rollercoaster.

During the beginning, he lost some pounds but regained it around May 2021. The Bucc’s coach then grind harder and lost around 23 pounds in July.

A very recent picture shared by Bruce on his Instagram features him looking slimmer than how he used to. He seems to have lost a significant amount of weight appearing leaner than when he began his weight loss journey and looking happier and healthier.

Later during the offseason, Arians lost 30 pounds of weight. His diet usually consists of high fiber food as suggested by the doctors since the time he was diagnosed with diverticulitis as covered by ESPN.

How did Bruce Arians Become One of the Beloved NFL Coaches? Here’s a Brief Timeline of His Career!

Born on October 3, 1952, in Paterson, New Jersey, Bruce Arians was a player before being an exceptional coach. While attending York Catholic High School, he was a standout scholastic quarterback. Arians later attended and played college football at Virginia Tech.

Arians was the starting quarterback for the Hokies football team in a wishbone formation as a senior in 1974. That season, he threw for 952 yards on 53 of 118 attempts (44.9 percent completion rate), with three throwing touchdowns and seven interceptions.

The Tampa Bay coach also carried for 243 yards and 11 scores on the ground. With 11 running touchdowns, Arians set the Virginia Tech school record for most QB rushing touchdowns in a season. His record was broken by Jerod Evans in 2016.

An incredible player eventually turned out to be a prodigious coach. Arians began his coaching career at Virginia Tech as a graduate assistant in 1975.

From 1978 to 1980, the phenomenal former quarterback worked as an assistant coach at Mississippi State University, before moving on to the University of Alabama to coach the running backs under Paul “Bear” Bryant from 1981 to 1982.

Also the head coach at Temple University from 1983 to 1988, over the course of six seasons, Arians had a record of 27–39. In between NFL assistant coaching gigs, Arians took positions with Mississippi State and Alabama after coaching at Temple. Following this, his NFL coaching career began.

Arians was appointed as the Kansas City Chiefs running backs coach after the end of the 1988 college football season. His coaching philosophy says “No risk it, no biscuit. You can’t live scared.”

Bruce’s former quarterback Carson Palmer, commented, “You play for him, you see he just has guts. He will let it rip, let it fly no matter what. He first developed this philosophy when the old-timers at the bar he worked at in college told him, ‘In life, you must take risks.’ ”

Do Not Miss: Simi Haze’s Weight Loss: The Power Twins are Body Goals!

Bruce Arians earned a reputation for himself after his term in Kansas City Chiefs when he was hired as the quarterback’s coach of the Indianapolis Colts in 1998. When Peyton Manning initially arrived in the NFL, he was his first quarterback coach.

Following that, he was hired as the Cleveland Browns‘ offensive coordinator from 2001 to 2003 under Butch Davis. He also led the Browns to a 9–7 record (2nd in the newly aligned AFC North) and a wild card playoff berth in 2002, where they were defeated by the Steelers (36–33) in the first round.

He originally worked with Chuck Pagano, who was the Browns’ secondary coach from 2001 to 2004, during his time with the team. Building up his amps with all the achievements, Bruce was on his way to achieving greatness.

Arians agreed to terms on a four-year contract to come out of retirement on January 8, 2019, and became the Tampa Bay Buccaneers’ 12th head coach. In the offseason, he declared for the Buccaneers that he could win now with the team he had.

With a total of 28 assistants, Arians amassed the largest coaching staff in the NFL for the 2019 season and also stated that one of his goals is to improve the defensive secondary. However, following the 2019 season the Buccaneers surrendered a league-worst passer rating of 110.9, yards per attempt of 8.2, and a completion percentage of 72.5.

On March 20, 2020, during Arians’ second season with the Buccaneers, the Buccaneers signed longtime New England Patriots quarterback Tom Brady to a two-year contract. The now hopeful coach then guided the Buccaneers to an 11–5 record in 2020, giving them a Wild Card berth for the first time since 2007.

The Buccaneers had not won a playoff game since winning Super Bowl XXXVII in 2002, and Arians is the first head coach to lead an NFL team to play and win a Super Bowl in their home stadium, defeating the Kansas City Chiefs 31–9 in Super Bowl LV. This skyrocketed Bruce Arians’ fame and thus now he is one of the beloved NFL coaches.