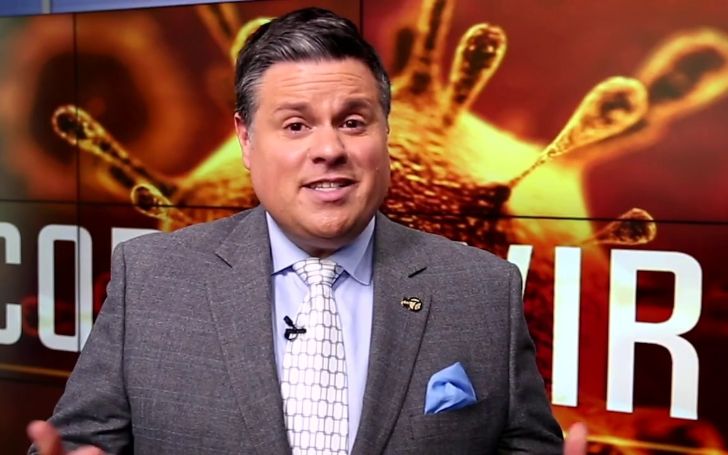 Meteorologist Brian van de Graaff, who has been a part of the Storm Watch 7 Group for over 19 years, wears the coveted stamp of approval of the American Meteorological Society.

Prior to his current position, he served as the forecaster of the morning and midday weather for 14 years, with his first task airing on ABC7 titled Good Morning Washington. Brian’s on-air professional journey led him from Salisbury, Maryland, to Richmond, Virginia, to New York City, then to Washington, D.C.

Now, viewers are curious to learn about Brian van de Graaff’s weight loss journey. Without further ado, let’s get straight to it. 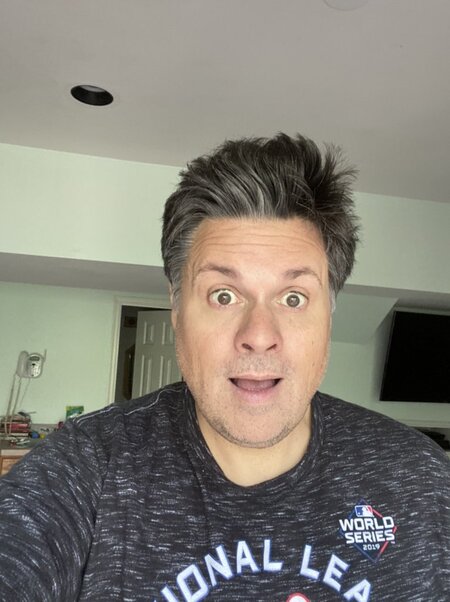 Through the careful evaluation of the slight changes of his weight, we can conclude Brian van de Graaff has indeed lost weight over the last few weeks. Brian seems to be in his early stages of weight loss journey, as the changes are not that significant and can only be seen after some keen observation.

With the exception of any sort of disease or disability Brian could be suffering from, it’s safe to assume the weather man’s weight loss is attributed purely to improvements in his eating schedule and exercise regimen.

A proper diet plan plays a crucial role in any weight loss journey. Anyone who aspires to lose weight must intially bring about a massive change in their eating habits. Avoiding fried and canned products that are rich in calories is a significant factor in maintaining a balanced lifestyle.

In fact, caution should be taken not to eat products containing excessive starch content and added sugar. Eating organic foods such as vegetables and fruit rich in protein, minerals, and other nutrients ought to be prioritized.

Along with a proper diet comes a vigorous workout plan. Exercise supplements diet during an individual’s weight loss journey ensures the mass burned during physical activity is fat, not muscle. With the right diet and rigorous exercise regimen over a period of time, numerous people are able to change their bodies for the better.

Who is Brian van de Graaff?

Thanks to @ABC7Alex’s forecast on the new @ABC7GMW Saturday 8AM show, we knew it would be a great day to be out in nature! Thx Al! And @ABC7Kellye too for keeping us on the day’s top stories. pic.twitter.com/u6Tnhi2DpQ

Brian van de Graaff was born in Arlington but was raised in the small counties of Culpeper and Madison, Virginia. His passion for the climate was evident from an early age, and it was no shock after graduating from George Mason University that he plunged straight into the practice of subordinating his idol, Doug Hill.

“It was not only my studies but my one-on-one attention from Doug that helped me hone my forecasting skills,” said Brian.

For a meteorologist, one of Brian’s most thrilling memories is about the period he spent in New Orleans days before Katrina struck. The expression “the calm before the storm” may not have resonated more than in that time – it was strangely quiet with a very mild wind, the sky was clear blue, and the long-lived NOLA inhabitants were virtually unheard of by the weather forecasts.

With hotel employees boasting, “it is always so much fun when the storms come” and “we will take good care of you,” one family member was debating “waiting out the storm.” Brian’s reaction that “it really wouldn’t look good for me to leave a family member in the path of a major hurricane” persuaded everybody that it was time to “get out of Dodge!”

Becoming an Eagle Scout as a young person is also a point of accomplishment for Brian. He is seeking to hold loyal to their values and to incorporate some of the knowledge he has gained from the company. He strolled and packed around the U.S., from points around the Appalachian Trail in the East to the Grand Canyon in the West and areas in between.

Travel is indeed Brian’s dream pursuit as he has explored around the U.S. and the world, his most distant trip being Australia. Now he is striving to gain the most points and miles to fly with his family of four.