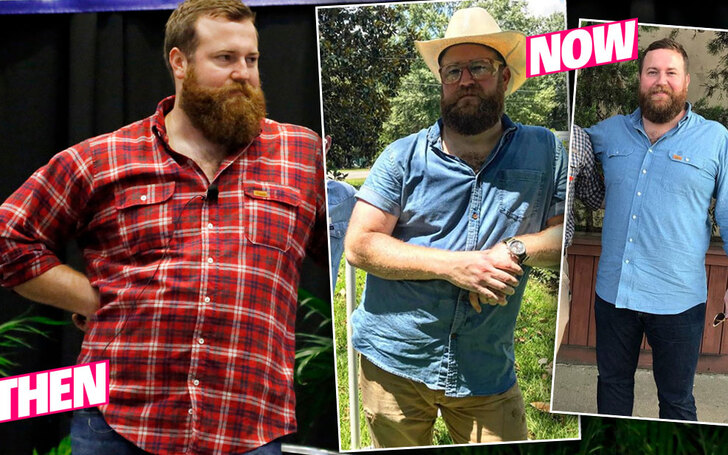 Ben Napier, the host of the HGTV show Home Town, is known to his wife and co-star Erin Napier as “Big.” With the height of 6’6″, the Laurel, Mississippi-based woodworker looks like a giant alongside his 5’5″ partner and his massive physique often looks more suitable to be a NFL star than a small-town shop owner.

When the series returned for the third season in 2019, viewers were left shocked to see that “Big” Ben is a little smaller than when we saw him previously following a noticeable weight loss. Let’s dive into more details.

Ben Napier Provides Details on How He Achieved Weight Loss – What’s His Diet? 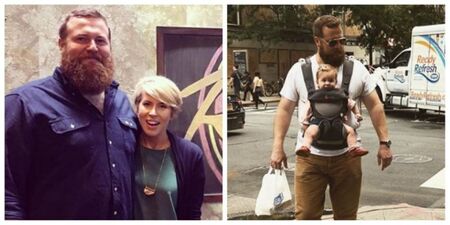 Ben Napier before and after weight loss.
Source: Yahoo Finance

Following significant weight loss, the reality star was as expected asked in the interview concerning his physique.

“I’ve lost 55 pounds since last year,” Ben told CountryLiving.com. “Over the course of season 3, I dropped about 35 pounds, so you’ll see it happening.”

Ben’s weight, which the couple has addressed in their latest book, Make Something Good Today, fluctuated within individual episodes, as some of the scenes had to be re-enacted owing to logistics like climate.

“We’d have to do an interview about it like two months later, and I was 20 pounds lighter than I was back then,” Ben, who recently served as a guest blogger focused on men’s health for the Manning Family Fund, explains. “I had to wear the same shirt that I was wearing that day, and suddenly it’s too big.”

While he began to exercise quite frequently about eight years ago, Ben says he got passionate about his health and carried the determination to achieve weight loss in 2018, after the birth of the Napiers’ first child, Helen.

In addition to reducing carbs and calories and eating intermittently to achieve his weight loss goals, Ben performed a mix of fitness and weight conditioning.

“He gets up at 4:30 and plays basketball in the backyard every morning,” Erin tells us. “I will not complain about it. It’s great for his heart—I don’t care if it wakes me up.”

While she’s proud of her husband’s health journey and slimmer physique after losing substantial weight, the former stationer still wants him to stay “Big.”

During an interview with HGTV, Ben Napier opened up about his health following weight loss and what’s life like with baby Helen.

HGTV: Is it more difficult to participate in local traditions involving food now that you’re thinking about your own health and eating in a different way? Do you have any advice for others making similar changes?

Ben: The easy answer is to say, yes, it is harder, and yes, I feel like I’m missing out. It doesn’t have to be, however. If you let people know that you’re on a diet, or that you’re trying to be healthier, the usual response is “Good for you!” or “I should do better.” Of course, it’s hard to not eat those delicious homemade casseroles and sweets, but that’s how it is. Now, as far as advice, I honestly do better not trying to substitute. For instance, don’t tell me that this bowl of mashed cauliflower tastes just like mashed potatoes. You’re lying to me, it tastes like mashed cauliflower. I go into each meal being honest with myself about what I’m eating and why.

HGTV: What do you tell yourself when you’re tempted to overindulge in a food that’s meaningful to you?

Ben: I’m pretty good about not overdoing it except during holidays or when I’m surprised with a homemade sweet. If I’m trying to stay under 30 grams of carbs and I’m wanting to eat a bite of that cake that my mama made, then I have to be really good all day. I have learned that if I am going to cheat on my diet, I have to get back on the wagon as soon as possible. If I let it stretch out over a couple of days, it gets harder to get back on.