Ari Fletcher Before and After Plastic Surgery: Did She Get Her Body Done? BBL, Old Pictures & More! 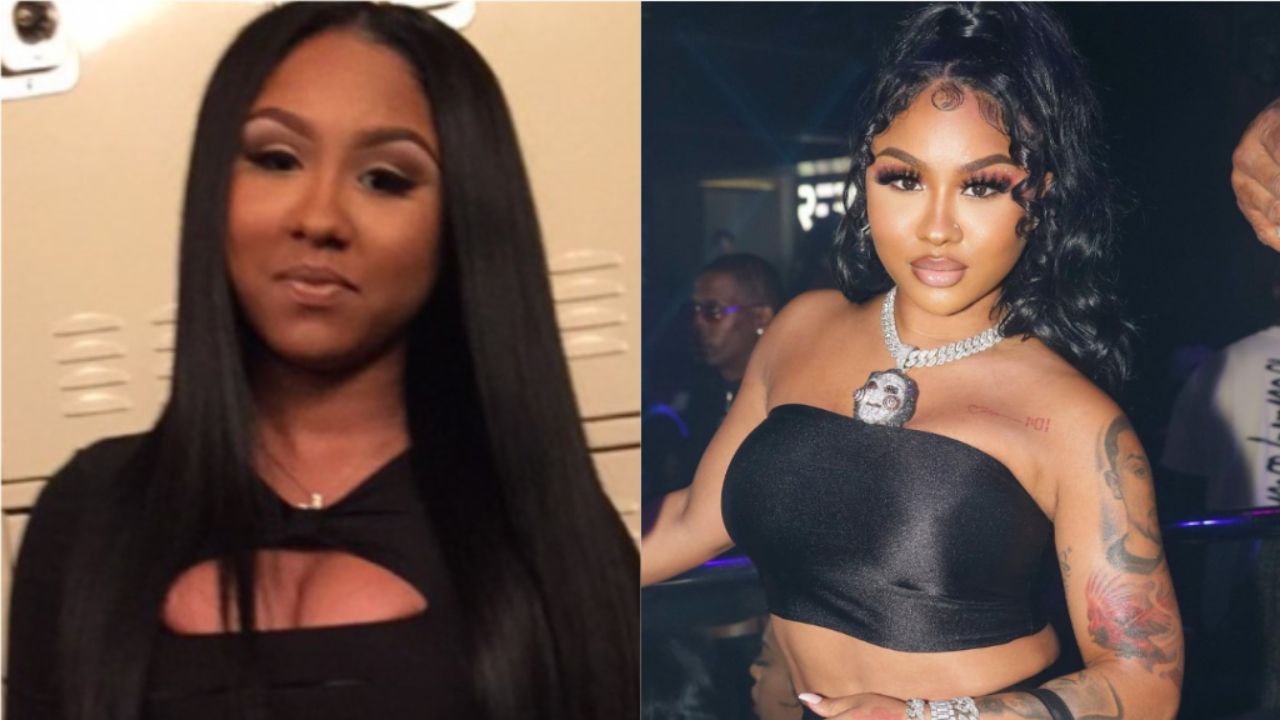 It’s no secret that Ari Fletcher’s body has been the subject of many plastic surgery discussions after a careful examination of her old pictures and the subsequent noticeable before and after changes that hint at BBL aka Brazilian Butt Lift and breast implants. People always question whether Ari Fletcher’s breasts and butt are real. Did Ari get her body done? How did she look before fame? Let’s find out.

Ariana Fletcher (b. July 12, 1995) is a businesswoman and a social media personality with 5.5m followers on Instagram. Being an internet sensation she runs a KYChe which is a hair extensions brand. Although Fletcher’s biggest social media following is on Instagram, she also ventured into the world of YouTube in 2017 and posted various vlogs.

By leveraging her social media presence on the platform, the internet sensation has earned millions of dollars through brand partnerships with fashion companies such as Savage x Fenty, Fashion Nova, and others. She attended Chicago Vocational High School. Moreover, Fletcher decided to begin her education at Northern Illinois University in Dekalb, IL after finishing high school.

Ari Fletcher, an Instagram model, discusses her recent breast augmentation. She recently went live on Instagram to talk about her most recent procedure, the Orbix Breast Supporting System. Ari was in a lot of pain, but she answered their questions about the surgery.

Fletcher is no stranger to plastic surgery. Some believe her butt is fake. In fact, she has been busy with her surgical endeavors. Ari Fletcher’s plastic surgery procedures are explained in detail below.

Previously, we touched on the plastic surgery efforts of Janet Jackson and Perry Farrell.

Ari Fletcher announced in September 2020 that she had new plastic surgery. She revealed that she chose the surgery to make her breasts even, as they were previously uneven. She got a breast lift and a permanent bra inside her chest, as she speculated.

Fletcher spoke candidly about the Orbix Breast Supporting System procedure on Instagram live, saying it was the most painful procedure she’d ever done. The goal of permanent bra surgery is to manage the position of the implants and provide structural support. It helps to reduce drooping breast implants.

The 27-year-old mother recently went live on Instagram to discuss her procedure, the Orbix Breast Supporting System. The OBSS provides a stable and long-lasting lift by inserting a silicone insert between the breast tissue and muscle. Meanwhile, it hasn’t yet been approved by the FDA, and some questions remain, but it’s a sign of the breast lift’s growing popularity as a procedure.

In August 2019, an Instagram medical page claimed Ari Fletcher had flown to Colombia for a full-body makeover. Dr. Hector Plazas, a Colombian plastic surgeon known for butt surgeries and tummy tucks, gave the model a new body. Fletcher accidentally revealed her surgery enhancements a week later while trying on jeans for a review.

As she squeezed into her jeans, her fans noticed her butt lift strangely into them. But, she is yet to reveal her plastic surgery procedures other than a boob job.

On the other hand, the single mother has always been open about her previous surgeries. In May 2020, she encouraged her fans to use plastic surgery to get the body they want. However, she also stated that no fat had been transferred to her buttocks and urged others not to be jealous of her.

Discover Every Detail of the Love Life Of Ari Fletcher!

Ari Fletcher (@therealkylesister), a social media influencer, appears to be signaling trouble in relationship paradise. In a now-deleted tweet, Ari claims she is tired of being physically abused. Ari Fletcher, 27, and DeMario Moneybagg White confirmed their relationship in January 2020.

In honor of her 27th birthday, her man Moneybagg went all out with gifts, pink balloons, and a private jet. On her Instagram feed, the influencer posted a photo dump of pictures and videos from her first flight, as she examined all of the thoughtful details. Bagg has never been shy about showing his affection for Fletcher, and the two of them have been known to share NSFW videos from time to time, which frequently pique the interest of their fan base.

Since then, the celebrity couple has repeatedly sparked breakup rumors, frequently declaring their love for each other and quickly disputing the rumors. The message appeared to have arrived while the young entrepreneur was on vacation.

Ari Fletcher shared photos from her trip to the Bahamas on her Instagram story, but her boyfriend Moneybagg was nowhere to be found. Following the ambiguous tweet, social media users discovered that the Said Sum artist was definitely in attendance, as the two were seen on video in a club section together, leading many to believe the tweet was about the musician.

The mother of one previously made headlines after making contentious remarks about previous toxic relationships. During an interview, Ari Fletcher stated that her relationship with Bagg is not toxic. However, an eyewitness claimed to have seen Ari and Bagg physically fighting at the start of their relationship. Though neither Ari nor Bagg confirmed the story, a video of the alleged incident’s aftermath quickly went viral.

Despite the fact that Ari Fletcher dated and had a son with famed rapper G Herbo, the two have co-parented successfully for many years. G Herbo, a Chicago rapper, and Fletcher reportedly began dating in 2012, and their son, Yosohn Santana, was born in April 2018.

The couple allegedly split up shortly after, amid rumors that he was cheating on her with rapper Fabolous’ stepdaughter, Taina Williams.