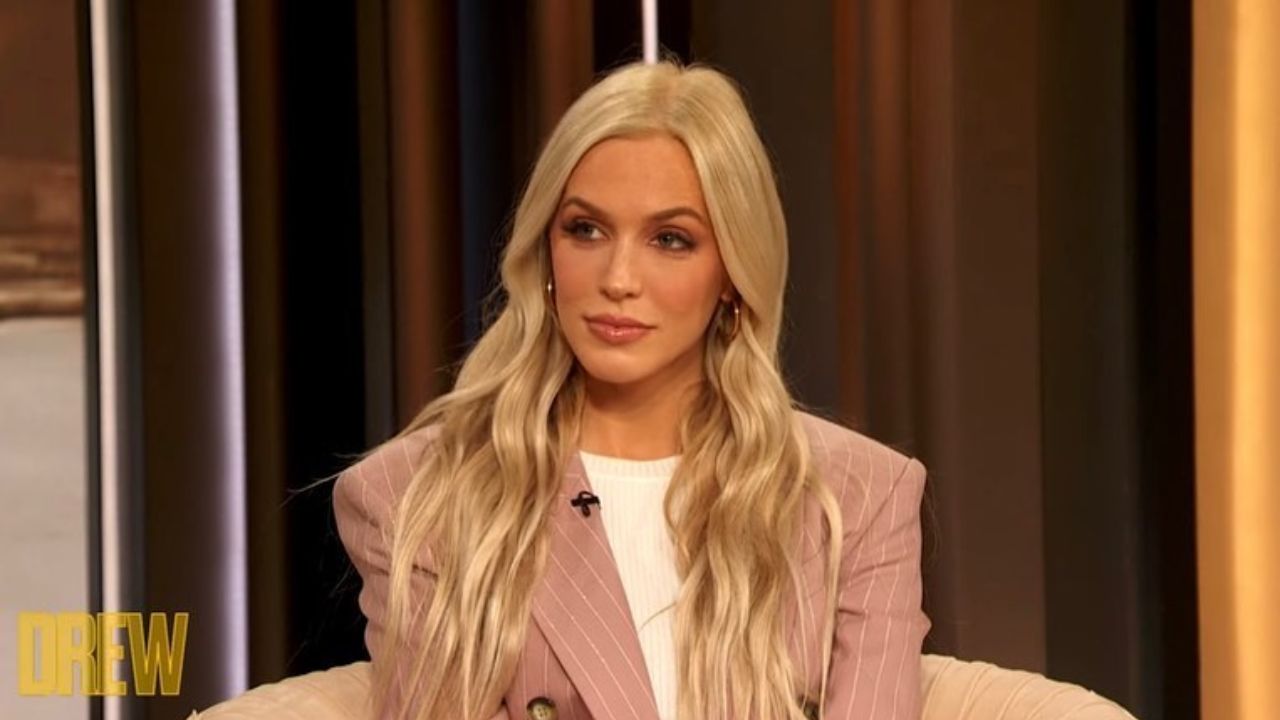 Alex Cooper is reluctant to admit the accusations about her plastic surgery, while she is wary of getting any implants in the near future. Fans look for old photos of her from when she was young to figure out if she had plastic surgery. Furthermore, the search for the problematic celebrity Alex Cooper’s photoshopped picture, in addition to before and after photoshop image, is skyrocketing.

Best recognized for her podcast Call her Daddy, Alexandra Cooper, or as you might know her, Alex Cooper, is a rising influencer, set to make a mark.

From being just a small-town girl to making headlines for drama with Barstool Sports, feuding with Sway House, and for her infamous fling with Logan Paul, Alex came a long way!

The 26 years old now is being speculated about having plastic surgery. As perfect as she looks on her Instagram posts, many found it hard to believe that it’s all-natural. Here’s everything we know about Alex Copper’s plastic surgery scandal.

Previously, we touched on the cosmetic efforts of Zooey Deschanel and Meryl Streep.

Alex Cooper’s Plastic Surgery: Did She Really Get Her Face Done or the Magic of Photoshop?

With the perfect button nose, flawless skin, snatched jaw, plumpy lips, and an incredible body, it’s almost astonishing how perfect Alex Cooper looks in her photos. This got many wondering, “How many plastic surgery procedures did she get done?”

Might sound surprising but Alex revealed that she hasn’t gotten anything done. Astoundingly Cooper admitted to using photoshop and face tune to enhance her features.

The scandal began when an unedited version of one of Alex Cooper’s pictures was posted by her friend Lauren. The exposure made quite the headline and her followers went nuts knowing she photoshops her pictures.

While admitting to photoshopping her pictures, Alex Cooper has denied allegations of plastic surgery. In an episode of her podcast, Alex along with her co-host Sofia Franklyn addressed the questions surrounding them getting procedures done.

The pair confirmed that they haven’t gone under the blades to enhance their features. She openly said her Kylie-like lip is photoshopped, also admitting that she doesn’t look like her pictures in real life. Along with her face, the influencer’s body is all-natural too.

Getting back to addressing her photoshop scandal, Alex had to face many backlashes for glorifying photoshop promoting unrealistic beauty standards. The rest empathized with her on how it’s hard for women to feel accepted for their natural looks and how our present society expects women to be as perfect as a sculpture.

The Tiktok which exposed the influencer now has around a million likes. Cooper also revealed that she woke up to nasty messages on her Instagram telling her to end her life.

“I remember looking at myself in these photos — I was wearing this tan dress — and feeling uncomfortable with my body. I didn’t like how my body looked,” she said on her podcast I got caught photoshopping.

“That whole night I felt so good and confident and happy, and then I saw those photos and I was upset,” she continued sharing her experiences.

In a recent unedited picture of her body, Alex Cooper explained how she felt insecure about the way her body looked and how people pointing out amplified her insecurity. As she revealed in her podcast, she now has stopped using photoshops and is accepting herself the way she is.

Born on August 21, 1994, to Bryan and Laurie Cooper, Alexandra grew up in Newtown, Pennsylvania alongside her two siblings, Kathryn Cooper and Grant Cooper.

While she attended Pennington High School in Pennsylvania, her performance there led her to receive a scholarship at Boston University.

Though always interested in entertainment, Cooper has a Bachelor’s degree in art/science. Alex Cooper then moved to New York, and there her legacy began!

Copper first came into highlight when she was spotted kissing pro baseball star Noah Syndergaard at a Knicks ball game. Soon after her relationship with Noah frizzled out and she met her best friend Sofia Franklyn. Then, Alex Cooper’s new saga began!

Already into vlog and social media influencing, Alex and Sofia didn’t know what was about to come. Fond of sitting and chatting with each other, the pair soon found out they could turn their hobby into something professional, eventually beginning the Call me Daddy podcast.

What slowly began as a safe venue for friends to talk openly about their experiences with post-university dating and their often tumultuous lives in New York, matured to include discussions on the hosts’ mental health and going to therapy.

“At the beginning of Call Her Daddy, I always looked at it and felt there were definitely some episodes being recorded [where] it was so calculated to have a specific segment about sex. It started to feel inauthentic.” Alex Cooper said in an interview with BBC.

“So I think throughout the pandemic, the relationship I focused most on was therapy and I think I’m so passionate about that right now,” she continued.

The bond between the best friends wasn’t however meant to last forever. After several public contract conflicts with media business Barstool Sports, which used to produce the show, Alex and Sofia decided to part ways. By the time, Alex Cooper had already established herself as a social media influencer with 2.2 million followers on Instagram.

Alex and Sofia then underwent some issues regarding the intellectual property of the podcast. Cooper emerged successful, negotiating an agreement with Barstool Sports in which the company agreed to give her complete IP rights in exchange for her doing the program solo for a year.

She quit Barstool last summer after signing a three-year licensing deal with Spotify worth an estimated $60 million, making her one of the highest-paid female podcasters in the United States.”I didn’t go to business school,” Cooper says to Forbes. “I didn’t know any of this stuff, trademarks, and the importance of the IP.”

Alex Cooper is thriving in the podcast world with millions of listeners tuning in to a more mature version of the podcast, which focuses on mental health with guests such as Miley Cyrus, Chelsea Handler, and Tiffany Haddish.