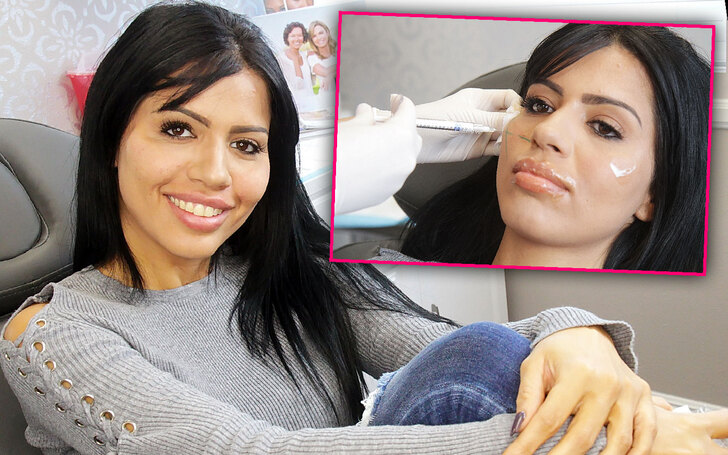 90 Day Fiance: Happily Ever After star Larissa Dos Santos got herself a makeover thanks to plastic surgery operations and she now looks completely different.

What are all the plastic surgery procedures Larissa underwent on 90 Day Fiance? The reality star has never shied away from the tests she’s always been fond of.

Every Single Plastic Surgery Larissa Had on 90 Day Fiance

90 Day Fiance: Happily Ever After? season four welcomed TLC viewers to Larissa and her husband Colt Johnson, who soon became a trending pair on the program because of their tumultuous and unstable relationship.

Colt and Larissa wound up going through a third domestic violence prosecution during the season, which ultimately led the couple to get a divorce. The two have taken their different paths since their split. Yet it seems as if they could be together sooner than one may realize.

Larissa says Colt will be getting plastic surgery when they visit Brazil soon #90Dayfiance pic.twitter.com/36xCQCI8lW

The first episode of the upcoming series was previewed by TLC, and it is pretty tasty. Fans were reintroduced to Colt and Larissa, living separately. Colt 2.0 is now on its way as he is on a fitness journey while Larissa just completed her community service involving the cleaning of toilet bowls. The duo appears thrilled to be distant. Colt decided to cancel Larissa’s green card and the reality star opted to cancel her old looks.

While being filmed for cameras, Larissa admitted after leaving Colt she had lost a huge amount of weight. Larissa was chilling with her girlfriends as she sipped champagne and showcased her latest look. She explained her desire to look like a stripper from Las Vegas, as she felt they carry the best features.

The TLC star even went into depth on all the plastic surgery procedures she had undergone because several viewers had mentioned she did not look the same. Larissa proudly stated she had botox, lip injections, chin & cheekbones work done, rhinoplasty, and butt implants as well. The TV personality was also busy posting gym pictures as she worked on losing those last few pounds.

The remodel proved to be just what she needed as Larissa now feels more comfortable than ever about her appearance. Even with all the wonderful looks, the reality star still knows she’s got to find a way out to stay in the country.

Colt took away her spousal affidavit and the 33-year-old confessed to having broken up with her boyfriend, Eric Nichols. She decided to delete all of her social media to start a new one and launched a FansOnly page where her supporters can pay to see her exclusive photos. Larissa is not having any serious career plans as of now.

Larissa is Obsessed with Cosmetic Treatments

Larissa Dos Santos Lima may need to give second thoughts before performing a plastic surgery procedure since she allegedly suffered miserably following a recent operation.

The reality television star did not feel comfortable after undergoing a latest procedure, as per reports. Rather than make her seem younger, she felt it did the exact opposite. It was questionable what plastic surgery procedure Larissa is referring to on 90 Day Fiance.

Every now and then Larissa undergoes different surgical procedures. She actually already believes it could be an addiction. She also said she is thinking about having big breast implants in due course. It would be her first actual plastic surgery if she goes through it. Her fascination with beauty procedures was already mocked on her first 90 Day Fiance show.

Readers may recall she was dangling sexual favors in front of ex-husband Colt Johnson just to get lip fillers. In the end, her ex-husband paid for them.